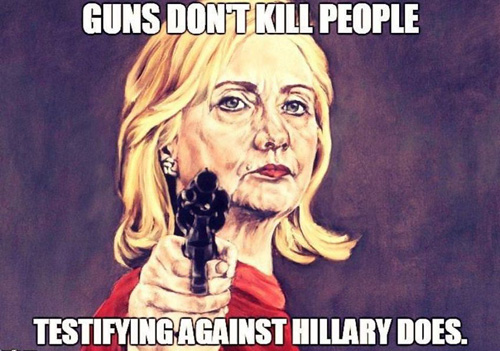 I have said it many times in the last few years: The nation is headed down an ever-increasing slippery slope to the revolution which our great Founding Father and third American president, Thomas Jefferson, predicted would have to be waged every other generation to "clean house" of the inevitable governmental and political corruption that would otherwise destroy the new republic.

Now, in October 2018, Jefferson's predictions are coming home to roost, albeit (and fortunately) later than he had anticipated. The nation is being torn apart by the vicious onslaught of the left, led by radical feminists, black activists and others, where false allegations of sexual abuse and racism are leveled against anyone and anything that stands in their path to a total takeover of our body politic.

Coming off the Justice Brett Kavanaugh debacle, a more-than-disgraceful if not maliciously criminal display of false charges against an innocent man who would soon occupy a seat on the Supreme Court bench – where truth did not matter, only the destruction of this conservative jurist and his family – the left still has not learned its lesson, despite the jurist's eventual confirmation. Notwithstanding threats to impeach Kavanaugh now that he has been sworn in, physical threats of violence also erupted just this week from none other than the feloniously minded Hillary Clinton and former Obama Attorney General Eric Holder, two "comrades" of the now socialist, if not borderline communist, Democrat Party.

Clinton, for her part, called on her leftist followers to not be civil. She suggested they should go to the streets apparently because, for once, a male had prevailed against false charges of sexual abuse. For the Wicked Witch of the Left, it would appear that all men (except for her degenerate husband, former President Bill Clinton) are to be presumed guilty, and never even given a chance to prove themselves innocent.

That is because to Hillary and her radical feminists and "anti-deplorables"-in-arms, men – elderly white men in particular – are seen as a major reason she lost the last presidential election. Indeed, had she prevailed and broken the glass ceiling (as she put it), the opportunity to banish men to "her kingdom of inferiority and servitude" would have been realized, a dream come true.

As for Holder, who sees anti-white racism around every corner (despite the fact that, like his former boss, President Obama, he is part white), following Justice Kavanaugh's swearing in he called for his followers to "kick" conservatives, libertarians and anyone who disagrees with his leftist ideology. Holder's call to violence is consistent with his steadfast support for radical black groups such as Black Lives Matter and the New Black Panther Party. When he was head of the Justice Department, Holder refused to prosecute these groups under any circumstances, even when they illegally intimidated voters and incited violence, which sometimes led to the deaths of white cops.

But Holder is not the only one to play the race card this week. In a shocking interview by none other than CNN's Don Lemon – a man not just challenged intellectually, but venomous in his hatred of conservatives and their hero President Donald J. Trump – the ante was upped by even trashing a fellow black, Kanye West, simply because he supports The Donald. During one of his smirking low-class shows, Lemon – himself, ironically, part white like Holder – provoked CNN black commentator Bakari Sellers to not just imply that West is an "Uncle Tom" or "House N****" by asking the panel if Trump is simply "using Kanye as a prop to win over black voters before the midterms." Sellers, who presents a distinguished image (however vile his rhetoric against President Trump), could not resist taking an equally hateful shot at West, blurting out that "Kanye West is what happens when Negroes don't read."

Piling on more trash talk, the other black commentator on Lemon's anti-Trump fest, Tara Setmayer, added: "This is not the Kanye West of 2004. ... Now all of a sudden because he has put on a MAGA hat and he is an attention whore, like the president, he's all of a sudden the model spokesperson. He's the token Negro of the Trump administration."

And, to round all this off, the token "honky" white man on the panel, the former George W. Bushie Scott Jennings, stood by and said nothing, even appearing to laugh at the end of the segment. Of course, how better to assure that Lemon and his fellow leftist hacks at CNN would call this "placebo" back to showcase his watered-down pseudo-Republican-conservative credentials with future appearances? So much for "fair and balanced," to borrow a phrase from rival network Fox News.

That radical blacks could use CNN as a bully pulpit to mock their own people for some political gain, and use what the left previously considered disparagement of blacks (the use of the word "Negro"), coupled with calls for violence, underscores the desperate march of leftist forces to seize control under the reign of President Trump, who is not afraid of them.

Remember, my client Cliven Bundy was threatened when, after the successful standoff at the Bundy Ranch – where armed peaceful protesters stood down a tyrannical federal government – he equated his family's persecution to the plight of "Negros" in the old South and was condemned for it. This even caused "politically correct" Fox News to run away from reporting the continuing Bundy saga.

Cliven at the time did not understand that the use of the word "Negro" was politically incorrect. But this did not stop then-President Obama from effectively threatening him at a White House Correspondents Dinner. Two years later, in 2016, Obama had his Justice Department (run by black Attorney General Loretta Lynch) indict Cliven, his sons and dozens of the peaceful protesters. I have always been convinced that my client was criminally charged, in large part, because he used the word "Negro," for which Obama and his black comrades had taken offense. Watch this revealing video to see what I mean.


Yes, fellow patriots, these are times that will try men's souls, as the nation is being torn asunder by venomous leftist forces using sex, race and violence as their weapons of choice. We the People, like my client and friend Cliven Bundy, must stand up and not kowtow to them. For if we do, in short order we will not have a country, but instead ourselves be enslaved through a Bolshevik-style revolutionary takeover, where leftist ends justify any means.

Go to Freedom Watch and enlist in our Justice League – in effect a citizens army – to save the republic.