May 28, 2009
Coming from the project, Obama's Supreme Court nominee Sonia Sotomayor's story is inspiring. Ironically, the success of Obama, a black, and Sotomayor, Latina, epitomizes the availability of the American Dream to minorities as well as the greatness of America. And yet, both harbor resentments and seek to re-shape America. Here is a quote from Sotomayor, "I would hope that a wise Latina woman, with the richness of her experience, would more often than not reach a better conclusion than a white male who hasn't lived that life." Imagine if a white male nominee made this racist statement in reverse. He would be toast!

Despite Sotomayor's heartwarming story, Republicans MUST have the courage to say "NO!" to this radical, extreme left, agenda-driven nominee.

Like Sotomayor, I too lived in the projects. Allow me to share the tale of why I am a proud black conservative. 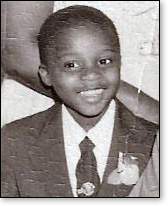 Confessions of a Black Conservative

A urine smell permeated the stairwell. In the darkness, due to smashed light bulbs, the sound of broken wine bottles underfoot echoed off the concrete walls. I was nine years old. With the elevators out of service half of the time due to vandalism, many times I was forced to take the scary trek into the shadow of death up the stairwell to our sixth floor apartment in the projects of East Baltimore.

This was a far cry from the brand spanking new building we moved into just two years earlier. I remember our excitement when my parents, three younger siblings, and I moved in our apartment. It was a dream come true moving from our leaky roof ghetto into a place where everything including the appliances were new. We were one of the first in the eleven story all-black residents building. While a few people kept their apartments lovely, most seemed committed to destroying the building.

All I kept hearing was that everything was the "white man's fault." Even at age nine, I sarcastically thought to myself, "How can we stop these evil white people from sneaking in here at night peeing in the stairwell, leaving broken wine bottles, smashing the light bulbs, and attacking people?"

My early experience living in the government project taught me that some folks simply have a ghetto mindset. I also witnessed the trap of government welfare. And why was so many around me angry and violent despite getting free housing, food, and health care?

It was the late 50s when my dad was one of the first blacks to break the color barrier into the Baltimore Fire Dept. The sight of him in his crisp dress blue firefighter uniform made everyone proud, though none more than me. With dad's new job, the government raised our rent to $72 per month. I remember my dad saying, "Seventy-two dollars! They must be crazy. We're movin'!" We moved to a suburban black community. I truly believe I would not be who I am today had we stayed in the projects.

Several of my cousins stayed enslaved to the system and the bigotry of low expectations. Because true self-esteem comes from personal achievement, they possessed very little. They lived angry and bitter lives consumed with serial impregnating, out of wedlock births, and substance abuse. An outrageously high number died prematurely.

So when I hear politicians pandering to the so-called poor of America, it turns my stomach. I've witnessed the deterioration of the human spirit, wasted lives and suffering that happens when government becomes "daddy."