April 12, 2010
U-Turn Joe and Wrong Way Don. These were the affectionate nick names given to Tea Party Express PAC Coordinator, Joe Wierzbicki and Director of Merchandise Donald LaCombe nine national tours ago. Before the fancy wrapped 45 foot professional tour buses, Joe drove a Budget truck leading his caravan of over thirty vehicles. Donald was Joe's navigator reading the map. This was before GPS. Thus, their nick names U-Turn Joe and Wrong Way Don. Their first four tours were in support of our troops.

As Karl Rove was "the architect" of the Bush administration, the brilliant Joe Wierzbicki is "the brain" along with Sal Russo behind the scenes of the national Tea Party Express tours.

I first had the pleasure of meeting and working with Joe and Sal when they invited me to join the Our Country Deserves Better PAC team for their national 2008 Stop Obama tour. Joe discovered me when I performed at a GOE (Gathering of Eagles) support our troops rally in Washington DC. On the Stop Obama tour, I served as a singer/spokesperson.

I called the front lounge of our tour bus the "Command Center" with a huge flat screen TV and staff members working on laptop computers. Joe was always multi-tasking; working on his laptop, writing press releases, purchasing media, dealing with issues and planning strategy with Sal; all at the same time. Amazing. When Joe asked me to join them again on their Tea Party Express tours, I said, "Absolutely." 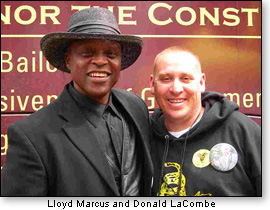 Joe Wierzbicki and Sal Russo have come a long way from their early caravan days. Tea Party Express Tour III has three tour buses and is receiving mega worldwide attention. I have the uttermost respect for Joe and Sal. These guys have been supporting our troops, standing up for America and conservative principles for a long time before anyone was paying attention. Joe and Sal consistently doing the right thing has elevated Tea Party Express to become a highly respected, vital and powerful voice of We The People.

Tea Party Express III held a rally outside of a VFW hall in Bessemer, MI. It was very, very cold! Our team really appreciated the large crowd which endured the chilling temperature for their country. Their endurance is symbolic of the American people's desperation and desire to stop Obama's far left radical agenda. 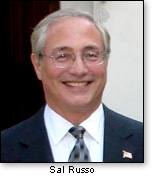 Our Tea Party Express team spent the night at a Comfort Inn in Ironwood, MI, a small town down the road a bit from the rally. While it was not fancy, the vibe was extremely warm, friendly and charming. I chatted with the manager, Sue Spets. She proudly shared that her inn won a Choice Hotels 2010 Platinum Award! Sue's inn is ranked 23rd out of 1300 Comfort Inns nationwide. Sue said "service" is the key to her success.

The Obama administration promotes mediocrity, entitlement, laziness and lowered standards. It was truly refreshing to meet someone like Sue Spets who takes pride in a job well done. I believe Sue reflects the mindset of the majority which has inspired American Exceptional-ism.

Folks, the day the scale tips in the opposite direction is the day we lose America. This is the reason the Tea Party movement is so important to restoring our freedoms, liberty and culture.

I wrote this update while on the Tea Party Express bus on our way to our rally in Escanaba, MI. Patriotic bikers from various motorcycle clubs are giving our bus an escort. Very cool. Talk to y'all soon. God bless, Lloyd