Lloyd Marcus
Budget wars: have we lost my mom's America?

February 22, 2011
My mom, a black woman, when we were living in an east Baltimore ghetto, cried upon hearing Lucille Ball and Desi Arnaz were getting a divorce. My parents, four younger siblings, and I loved watching the Andy Griffith show. 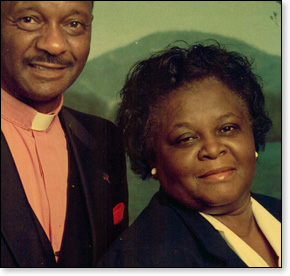 "I Love Lucy" and "The Andy Griffith Show" represented something good and wholesome — a sense of right and wrong. Andy (Sheriff Taylor) was my hero. He always knew when to sternly enforce the law and when to grant a little grace.

What has become of "that America," where right is right and wrong is wrong; where good behavior is rewarded and bad behavior is punished?

We did not have any of this "Cultural and Moral Relativism" intellectual mumbo jumbo nonsense which is really code for "get out of my way and let me do evil."

A young intern gave the married U.S. president oral sex and was rewarded with instant celebrity and her own television show. As for the president on the receiving end, left with a big smile on his face, the liberal media and his sycophants said, "Hey, 'any' man given the same opportunity would have accepted the young woman's pleasuring."

A more serious situation has arisen to reveal how far we have or have not strayed from the core values and sense of right and wrong of days gone by.

Popping up in states across America are "Budget Wars" — state governors attempting to take fiscal responsibility vs. selfish unions.

Scenarios similar to scenes in "The Sopranos" are being played out across America. Governors are saying, "We are billions of dollars in the red. Our budget is unsustainable. We're bordering bankruptcy. We must cut spending. We simply do not have the money."

In response, state unions and teachers are saying, "Screw you. Pay me!"

Rather than getting into the details of these budget battles, I wish to stay focused on the moral issues embedded in the situation.

Teachers unions are protesting in the streets and giving tearful interviews to the press, despicably using our children as pawns of their selfish temper tantrums. Is this who we have become as Americans? I think not.

In the past, a sure-fire way for unions and Democrat politicians to get their way was — while choking back tears — to claim, "It's for the children." Any and all opposition to their requests was dead in the water.

The Tea Party Movement has spawned a new era of sophisticated, well-informed voters. Taxpayers instinctively know, "Something has got to be done." States cannot continue their crazy spending. Despite media attempts to portray the union protesters in a positive light, "folks ain't buyin' it."

In my travels to over 200 tea parties across America including Alaska, I am proud to report that millions still celebrate character and playing by the rules.

My mom has passed away. She was a romantic. When my dad worked the night shift as a Baltimore City Firefighter, she would let me stay up a little late to watch movies with her.

Occasionally, I would witness a tear rolling down her cheek when the handsome, brave hero got the girl and they lived happily ever after.

A little more about my mom. She worked as a domestic, cleaning white folks' homes. She also did ironing. Whenever a white client came by our home to pick up their ironing, even as a little boy I sensed their respect for my mom. Both my parents lived by the rules. They were honest, hard working and strove for excellence. We were taught, "Nobody owes you anything. You're only entitled to what you worked for."

I know it sounds corny, but if we think we are entitled to reap the rewards of the risks and hard work of others; if we are all about self; if we do not care about our state or our country; if our attitude is "Screw you. Pay me," then we will have lost the America my mom loved.

As I said, I believe such selfish thinking is in a minority. Americans overwhelmingly elected Republicans to reign in the out-of-control, irresponsible spending. Even Democrat New York Governor Andrew Cuomo is attempting to rein in spending.

We must stand behind these courageous governors. Encourage them to stay strong and vigilant in their herculean task: moving us a step closer to taking back America.