June 29, 2011
Remember the hit song by Marvin Gaye, "What's Going On"? Patriots, what the heck is going on with U.S. public schools and our kids? There is a deliberate effort to diminish our children's respect for God, country, freedom, liberty and our culture. The schools are BANNING, in essence, Christianity, patriotism and individualism. 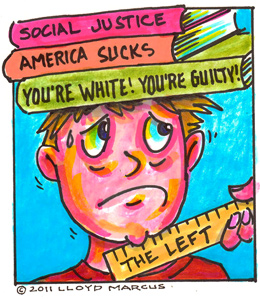 High school Valedictorian, Banned from saying "How God changed my life" in his speech. http://bit.ly/mBxha7

Meanwhile, celebrating Gay and Lesbian Pride Day is considered an important part of the public school curriculum. http://bit.ly/m5qcqw (This video will blow you away!)

While I can not confirm how wide spread, I do know many public schools are filling our kids' minds with a belief system opposite of their parents. The public schools' "Operation Dumb Them Down" is step one in preparing our children to drink their socialist/globalist kool-aid.

"In the 60-70's The Anti-War, Anti America, anti-family, anti-religion youth were prompted into the teaching profession as a way to beat the draft. Teaching was a draft exempt profession.

We (myself included) learned the works of Marx and Dewey and how to get this message to our students.

We were taught to lie, use psychology, break down the family, separate children, promote the environment, and treat boredom with drugs.

We were taught to use subliminal messaging to instill ideas not factual information, this is called indoctrination.

We were also taught divide and conquer techniques and to discuss class warfare pitting one group against the other. (Obama is a master at this technique. He demon-izes achievers.)

I taught the worst classes in Brooklyn with over 35 kids in a class and my students sat on the stage to get honors at graduation.

It is the curriculum, that is the only problem. I fought my principal about the failing of this new curriculum until I had to leave.

Reading, math, writing, critical thinking, logic, reason and factual information has been stripped out of our schools.

Cognitive thinking through consensus is now the norm.

The goal is dumb students=dumb citizens = dumb legislators who will pass horrific bills without reading them.

As you know the poor and minorities will be the biggest losers as generation upon generation will be nothing more than indentured servants working for crumbs doled out to them by the government through continued generations of people on entitlements. People are taught to be entitled and accept their minimal slot in life. (Witnessing the devastated lives and early deaths of several of my relatives, I can testify about the tragic consequences of government replacing daddy in the black family.)

It is no surprise there is no outrage on the debt, these schools are teaching that the more debt you have the more prominent you are..."

Parroting Marvin Gaye, I ask, "What's going on"? Answer: the public school agenda is to steal generations of our children turning them into useful idiots. They promote socialist programs, social justice, world citizenship and destroying any concept of American as a sovereign nation. In a nutshell, they're going after our kids, folks! They must be stopped.

Again, I thank God for TEA For Education, a non-profit. Here are excerpts from their Mission Statement.

Yes, That's what I am talking about! Patriots, we must rally around these good guys and support them. If you feel lead, get involved.

What is going on in our schools is un-American and evil.

"The only thing needed for evil to prosper is for good men to do nothing." Edmund Burke

Taking back America includes taking back our kids.