September 5, 2011
The highlight of every Tea Party Express tour is the extraordinary American patriots I meet. Felix is from Russia and became a proud American 16 years ago.

I shared with Felix that for years I performed my original song, "Celebrate America," at U.S. Immigration Citizenship Ceremonies. I was struck by the number of seniors tearfully taking the oath of citizenship; some so old they were in wheelchairs and some needing support by family members to stand. Why was it important for these seniors to become official U.S. citizens despite their ages?

Felix, formerly a Russian, replied, "When you have lived under tyranny you understand the precious gift of freedom. Freedom is so wonderful you are always fearful of it being taken away. This is why it means so much to become an American. No one can take away your freedom."

With no holds barred, Palin boldly attacked Obama's horrific record and agenda, the hypocrisy of the "lame-stream-media" and she apologetically proclaimed America to be a nation under God. For someone whom everyone says could never win, the common sense all American appeal of her message and patriot's response to it is extraordinary.

Palin is making the media and people on both sides of the aisle crazy and furious at her; will she or will she not run? And yet, everyone is on the edge of their seats in anticipation. The woman is a marketing genius.

In Milford, MI, I had the pleasure of fellowshipping, discussing strategics and praying with three fellow black tea party activists. Please check out www.theronedwards.com and www.joshuastrail.org. I shared my passion to take the tea party message to the black community; colleges and etc.

Some blacks are so infected with years of liberal entitlement indoctrination and their own racism, they will never accept the truth. We can only keep them in our prayers. But, there will be blacks who once they hear it articulated that conservatism is best for all people, they will see the light.

I pray for assistance in planning and funding a tea party tour to black America. 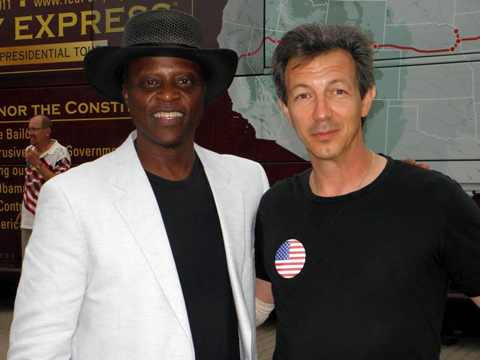 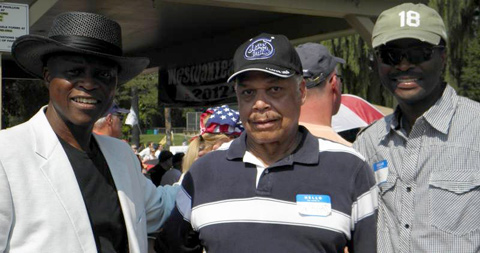