Lloyd Marcus
For Christians only: who is on the Lord's side?

February 24, 2012
What I am about to say is exclusively directed to those who call themselves Christians. Brothers and sisters in Christ, we are at war; a war for the hearts, minds and souls of our children. We are at war with those who hate the traditional principles, values and morals which have made America an extraordinarily successful unique experiment. We are at war with those who deny America's Christian roots and seek a godless society. http://www.youtube.com/watch?v=3zGMuN_Ep38 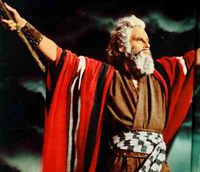 Some may choose to ignore my report because of their hatred for the rich (the sin of covetousness), others may stuff their ears with cotton as not to hear me because of their deep seeded racism and loyalty to skin-color (the sin of idolatry). Your response is irrelevant. As a Christian, I am called to be salt. Thus, I will simply tell you the truth and what you choose to do with that truth is between you and God.

We are at war! — at war with the Church of Liberalism. You will know them by their vitriolic disdain for any and all things Christian and their showing Dracula-the-cross reaction to the name of Jesus Christ. They seek to ban prayer from all public events. Incidences where prayer is allowed, mentioning Jesus is forbidden and deemed offensive. They ban Nativity scenes from public facilities at Christmas or Winter-Fest as they prefer to call it. They want the Ten commandments removed from public buildings.

Embolden by the supportive climate created by the Obama administration, the Church of Liberalism members have stepped up their attacks against Christians. For years, churches in New York have been renting public buildings, after hours, for services. New York Mayor Bloomberg supports a new policy which bans the rental of public buildings to churches.

Members of the Church of Liberalism include a majority of the mainstream media and the Democratic Party including president Obama.

In a nutshell, the driving philosophy of the Church of Liberalism is man is god. They believe only man, not God, can fix every problem — population, the environment and etc. Such is a philosophy of vanity, arrogance and folly. Charlton Heston speaks of man's foolish vanity regarding climate change. http://bit.ly/YlnkW

In a Biblical context, theirs is unquestionably, the Spirit of Anti-Christ. They believe man can establish utopia; a land of total fairness and equal outcomes — brought about by confiscating from achievers to give to non-achievers.

Biblical charity is people giving out of their compassion for others. God promises to reward them. There is no spiritual reward for government mandated giving/confiscation. This is tyranny.

The Church of Liberalism says homosexuality is as natural as being left-handed. In their world, even if the head of a baby is out, abortion is still OK, as no one should be "punished" with having a baby. Theirs is a land ruled by "Moral Relativism" which means no one has moral authority to declare anything right or wrong. So, if someone needed your car, they have a right to take and keep it.

Obama, the Democratic Party and the mainstream media (all members of the Church of Liberalism) support taxpayer funding to Planned Parenthood which is trying to hook our kids on sex and sell them on the idea that homosexuality is natural. http://bit.ly/whDE5Z

A majority of the entertainment industry are committed members of the Church of Liberalism, promoting a godless immoral agenda. Singer, Roman mocked the Catholic Church during the Grammy Awards and nobody cares. http://bit.ly/xWGElg Cee Lo Green became a mega star because of his song, "F--- You." http://bit.ly/co4vad

Against what Christians believe to be God's word, President Obama has mandated that Christians pay for contraception/abortion services. Obama's minions have launched a campaign to brand all who oppose Obama forcing Christians to fund abortion services to be haters of women, trying to "ban" contraception. THIS IS A LIE! No one is trying to ban contraception. Contraception is readily available to any woman who chooses to use it. So why is Obama hell-bent on making Christians pay for it? We are at war! — Obama's Church of Liberalism vs the Church of Jesus Christ. Who is on the Lord's side? http://bit.ly/x14qDb

Mr. President, how dare you side with those who despise Jesus and try to block Jesus' teachings at every opportunity. Then, you exploit the name of Jesus by distorting Jesus' message to further the godless philosophy of Socialism. Woe be unto you!

Brothers and sisters, the Obama reelection campaign's peddle to the metal drive toward Socialism is not for some great altruistic purpose. The more we surrender our liberty and freedom to government to sustain us rather than putting our faith and trust is God, the more the Church of Liberalism will consume and control our lives. And trust me folks when I say, their view and value of human life is far different than the Biblical view of life. In a nutshell, Church of Liberalism disciples believe the life of an endangered bird to equal to that of a human.

Ephesians 4:27 ""Do not yield to the suggestions and temptations of Satan..." To win your vote, Obama is despicably using "class envy" to "temp" you to succumb to the sin of covetousness. First he demonizes the rich, convincing you to believe you have too little because the rich are hogging it all. Then, he says reelect me and I vow to get even with those rich S-O-Bs and give you your "fair" share.

Barrack Hussein Obama is the Progressive's Trojan Horse, presented to us three years ago as a moderate. The Progressive's secret army have been charging out of a hidden door in Obama ever since, attacking our culture, liberty, freedom and Christians daily and relentlessly. Brothers and sisters, we are at war! Who is on the Lord's side?