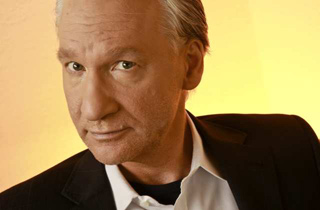 President Obama phoned Ms Fluke to find out if she was OK regarding the Limbaugh comment. To be consistent in his concern for women, shouldn't President Obama give back the million dollar contribution to his super PAC from Bill Maher, a serial vitriolic abuser of Sarah Palin, who to the best of my recollection is a "woman"?

The liberal media is ignoring Obama's blatant hypocrisy in accepting campaign money from Bill Maher who has a history of down in the gutter disrespectful remarks about conservative women.

The truth of the matter is the democrats and liberal media do not give a rat's rear end about any of the voting blocs they claim to champion; blacks, women and etc. To the left "people" are just media props to be used to increase their power and further their socialistic agenda.

Democrats and media campaigning for Limbaugh to be forced off the radio have completely ignored, and in many cases joined in, the high tech lynching of black conservatives and the verbal raping of the dignity of conservative women. As far as the left is concerned, no attack is too much or comment too viscous/disrespectful when the subject is a conservative black or woman. Their glaring hypocrisy is outrageous.

Conservative presidential candidate Michele Bachmann appeared on the NBC Jimmy Fallon TV show and the band played "Lyin' A-- B----." For the most part, the mainstream media simply laughed.

So please forgive my uncontrollable gag response every time I hear mainstream media and democrats claiming to be defenders of minorities and women. If you are a black who rebels against your media assigned democrat massas and black plantation overseers, you are a "stupid n-----," which I have been called on several occasions.

In essence, the mainstream media and democrats told black former Republican presidential candidate Herman Cain, Boy, you had better get your black butt back on our liberal plantation where you belong. Who do you think you are running as a Republican? You're due for a severe whippin'!

If you are a truly liberated woman who loves God, your husband and kids while also achieving success outside of the home, according to Bill Maher, you are a stupid, slut and a c---. And what is the media's response to these attacks on conservative blacks and women? Silence or laughter.

Meanwhile, President Obama holds the telephone consoling Ms Fluke with one hand while accepting a million dollar super PAC check from Bill Maher, an unrepentant brutal abuser of conservative women with his other hand.

From David Gregory's interview with Newt Gingrich in which Gregory attempts to make the Limbaugh/ Fluke controversy the most important issue in America to the mainstream media's extremely loud silence about Obama accepting campaign funds from a serial abuser of women — the media bias is blatant, shameless, unpatriotic, characterless and just plain evil. http://www.youtube.com/watch?feature=player_embedded&v=PYrCF5jPsVM

Mainstream media how dare you ever again insult the intelligence of the American people telling us you care about women. You are nothing more than an arm of the Democrat National Committee and Obama Reelection Campaign. You sold-out your country to make a deal with the devil who promised you a Socialistic/Progressive hostile takeover of America. Shame. Shame. Shame.