November 28, 2012
Word on the political street from GOP consultants and the Left is that Rush Limbaugh and the Tea Party cost Romney the election. We Conservatives are advised to "moderate our tone" and back away from our "extremist ideas." 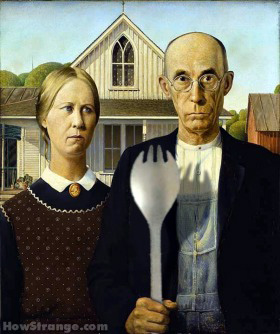 So let me make sure I understand. Obama and company were allowed to go for the jugular, using false narratives (lies), to win votes. They said Romney hates dogs, blacks, women and the poor. Heck, they even threw in the absurd accusation that Romney was responsible for the death of a working man's wife. Check and mate. Game over. Obama won. Did anyone suggest Team Obama "moderate their tone"?

But, when Rush Limbaugh exposed and the Tea Party rejected Obama's socialistic agenda, Team Obama, which includes the mainstream media, called us "racists." When we express our Biblical belief that marriage should remain defined as between one man and one woman, we were called "extremist." And when did it become extreme to believe it immoral to deny medical assistance to babies that survive abortions?

And for the record, once and for all, Conservatives do not care what consenting adults do in their bedrooms. All we ask is that we not be forced to fund it or be mandated to say that it is, "OK and normal."

Unfortunately, since Romney lost, GOP consultants have joined the chorus of folks on the Left calling for Conservatives to back away from our core beliefs and go-along to get-along with Obama. They claim that this is what younger non-whites and women voters want.

I say, "Hogwash!" Younger, non-white and women voters are clueless about Obama's destruction of America, the virtues of Conservatism and why Liberalism sucks!

We did not lose because America has become a nation of idiots expecting a free Obama-phone. We lost because Republicans did a horrible job getting the truth to the masses. Soylent Green is people! Conservatism is best for everyone — period!!!

Folks, the bottom line is that the Tea Party chose to oppose Obama's socialistic transformation of America from a character driven place of decency, truth, respect for the law, and patriotism. Behaving as the Chicago thug politician that he is, Obama came to D.C. committed to implementing his agenda by any characterless despicable means necessary. In essence, Obama came to the gunfight armed-to-the-teeth with guns. The Tea Party brought political knives.

In partnership with their bullies in the MSM, Team Obama successfully spread one lie after another.

Here's a prime example: A white caller on a national radio program said his black friend was petrified to attend a Tea Party rally. Team Obama had him convinced that the Tea Party is the modern version of the KKK. Remember when the Congressional Black Caucus said the Tea Party wants blacks hung from trees? A shameful outrageous hate-inspiring lie — but no rebuke from the MSM suggesting that the Dems "moderate their tone."

Apparently, to the MSM, I am an invisible black man. Since Obama took office, I have been a high profile figure at several hundred Tea Party rallies and events. For crying out loud, I even wrote the "American Tea Party Anthem." Still, for the most part, the MSM have done everything in their power to keep minorities in the movement non-existent.

That scared black guy did eventually attend a Tea Party with his white friend. He was surprised to be treated with respect as an equal rather than a victim in need of assistance, which was the "tone" of the Democrat rallies he attended.

And another thing: since the election, everyone is saying that more Americans than ever love Obama and agree with his agenda. Well then, how do you explain 9 million folks who voted for him in 2008 staying home this time? http://spectator.org/archives/2012/11/09/mccain-beats-romney One could conclude that the bloom is somewhat off the rare black rose.

Did you know that 3 million Republicans who voted for McCain decided to pass on this election? Could it be because Romney was not conservative enough?

Still, all the big-brain consultants say the Tea Party was too aggressive and that Limbaugh needs to shut up if we are to win over youths, non-whites and women.

Well, I am just crazy enough to believe that common sense will cause a majority, regardless of race or gender, to embrace Conservatism...when they're given the truth.

Still, Conservatives are called the aggressors. We are not. The left, Obama and company, are the true aggressors forcing their culture, agenda and lifestyles down our throats.

Despite our consultants advising conservatives adopt a new liberal Democrat-lite mind-set, I believe it is time to educate America to the virtues of true Conservatism.

In the simplest terms, Liberalism, offered by Obama equals government dependency, mediocrity, bitterness and low self esteem. Conservatism equals true compassion, striving for excellence, dignity and pride which is the true "American Way"!

For the past four years, we Conservatives brought political knives to the gunfight with Obama. While we know Team Obama will upgrade to machine guns, our consultants further advise that we drop our political knives and brings sporks.