Lloyd Marcus
The administration: scarier than you could imagine

June 12, 2013
If a tree falls in the woods and no one hears it, does it make a sound? If the Obama Administration breaks the law at will, lies to the American people, uses every government agency at it's disposal to punish it's conservative/Republican enemies (http://www.youtube.com/watch?v=MLdmaQw1ZAA) and no one does anything about it, does it make a sound? Yes it does resulting in devastating consequences for the American people. 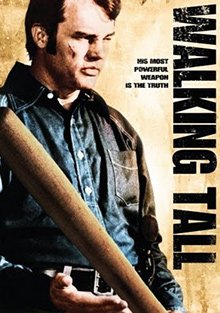 Despite a trifecta of scandals, Obama and company continue to stonewall, lie or refuse to answer questions; in essence, giving Congress and the American people the finger. Pundits are shocked and taken-aback by the unprecedented arrogance of the Obama Administration.

Such pundits are a bit late coming to the dance as we in the Tea Party have been well aware of the lawlessness and arrogance of this bunch of thugs from Chicago for years. Have these surprised pundits forgotten Obama's unprecedented overreaches into the private sector – nationalizing General Motors (http://exm.nr/QVfsvz); bullying banks; ignoring the ruling of federal judges (http://bit.ly/ZWbmrM), trashing the Constitution and more?

Still, pundits are missing the much greater horrifying picture. My fellow Americans we are in deep, deep trouble. The cold reality is that until someone steps forward in real opposition to Obama governing according to his will while ignoring all the laws, checks and balances, we are defenseless expendable supplicants of a tyrannical dictator.

Remarkably, the mainstream media is complaisant with Obama acting like our king rather than our president because he is liberal, black and his presidency is historic. Obama's agenda fits neatly with the mainstream media's socialist/progressive agenda. So they are elated to have a Teflon liberal black guy in the White House furthering their cause.

Speaking of expendable supplicants, let us not forget Ambassador Chris Stevens, Tyrone Woods, Glen Doherty and Sean Smith who lost their lives left to die in our consulate in Benghazi.

The Obama Administration is emboldened to do whatever it pleases; bully conservative groups and individuals – secretly invade our privacy (http://bit.ly/196Eb7T), target reporters and thumb it's nose when they get caught – all without any "real" political push-back or consequences. We the American people are in deep excrement.

Ponder that folks. As long as the mainstream media provides cover for Obama and keeps his poll numbers high by making sure no bad news is linked to Obama (Limbaugh Theorem), our president is empowered to function as a supreme ruler, free to do whatever he pleases to us. Dear God help us!

Obama is the first black president. Okay, I get it. But Obama's black skin nor protecting his legacy should award him Imperial Dictator status, trumping the best interest of the American people.

The Republican party desperately needs leadership – someone not just willing to say "no" to Obama's tyranny. We need someone who will walk tall and passionately proclaim, "H--- No!"

Under Obama's IRS controlled health care, any politician daring to oppose Obama's agenda will more than likely suffer delays and denial of medical care for their family and themselves. Suddenly, their conservative Republican mom finds herself at the bottom of the list for that kidney.

Yes, it is going to take a politician with incredible stones to challenge the great all-powerful beast, the Obama Administration.

I am confident that such a hero will step forward. Between you and me, I am keeping an eye on Rep. Trey Gowdy, House Oversight & Government Reform Committee. http://www.youtube.com/watch?v=KIpHuAh0sOI

As the kids would say, Obama's arrogance is "off the chain" (my attempt to sound cool). Most people caught lying or with their pants down, back off. When caught red handed, Obama pokes his finger in our eye.

For example: It has been exposed that the Administration sent Susan Rice out to lie about Benghazi on five national TV shows. In response to getting caught, Obama promoted Rice. Lois Lerner was caught using the IRS to bully, intimidate and suppress the conservative vote in the 2012 presidential election. Obama promoted Lerner. The latest in his growing list of offenses and scandals, Eric Holder was caught lying about targeting reporter James Rosen. http://fxn.ws/11mXthD

Naïve pundits say, "Eric Holder is toast. He has to go." My reply is, "Holder ain't goin' nowhere. You guys still do not get it. Holder is black and liberal and Obama is arrogant beyond belief with the media in his back pocket." Obama recently stated that he is behind Holder 100 percent.

Folks, do you see the horror of what we are dealing with in America today? We have an Administration free to rule as it pleases with no one, I repeat no one, really holding it's feet to the fire. Will, someone please throw this out-of-control administration across their knee, spank it's butt and say, "No!"

Meanwhile, I heard someone say on TV in response to Holder's stonewalling and lying, "Holder risks another contempt of congress filed against him." I am sure Holder is quaking in his boots.