March 2, 2014
My patriot sister, Tea Party leader and Conservative Darla Dawald is running for Arizona State Representative LD 8. I met Darla a few years ago when we traveled together on Tea Party Express national bus tours.

A featured speaker at the rallies, Darla always inspired the crowds; preserve freedom, Constitutional principles, God, family and country. Darla is a fearless, courageous and true patriot folks. Thus, the reason I call her sister. 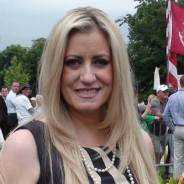 Sheriff Joe Arpaio, America's Toughest Sheriff, has given Darla a thumbs up with his endorsement.

Please allow me to get real with y'all. I have been feeling frustrated. Not hopeless, but frustrated. It seems like every day brings another new unprecedented incident of the Obama Administration ignoring a law it dislikes and creating a new law at will.

Charles Krauthammer said Obama has gotten away with breaking the law for so long that it has become no big deal.

The mainstream media is in total solidarity with Obama's socialist/progressive agenda. Their mission is to portray anyone opposing the first black president, on any issue, as a rabid racist.

Despite five years of unprecedented power grabs, scandals and lawless behavior by the Obama Administration, Republicans are still petrified of challenging Obama.

In low moments, upon hearing on Fox News about Obama's latest crime against the Constitution, I yell, "So what!" So what if Obama continues to act like America's first king. If no one politically pushes back, so what!

I have been racking my brain and praying, "Dear Lord, How do we defeat this evil which is fundamentally transforming your great country?"

Then, I came upon this quote by Founding Father, Samuel Adams.

"It does not take a majority to prevail...but rather an irate, tireless minority, keen on setting brushfires of freedom in the minds of men."

I thought, Praise God! That is the answer. We simply MUST keep fighting. Each of us must do our part, using our talents, gifts and intellect – doing whatever we can to set brushfires of freedom in the minds of men. Doesn't that just stir your soul?

As Chairman of Conservative Campaign Committee, my incredible team and I continue to do our part, tirelessly working to get conservatives elected in key races around the country; setting brushfires folks.

I am pleased to announce that a couple of black Tea Party leaders have started huge brushfires of freedom. Katrina Pierson is running for congress in Texas. http://bit.ly/N8i09s

Niger Innis is running for congress in Nevada. http://on.fb.me/1bKxT0S

I am extremely proud of my patriot sister Darla Dawald for setting her brushfire in Arizona; running for State Representative. http://on.fb.me/N0OUZz

Help these patriots folks. The cold reality is funding is a crucial component in winning elections.

This is how we win folks – keep setting brushfires of freedom in the minds of men. We must remain irate (but controlled) and tireless; everyone doing their part, keeping our eyes on the prize – a restored America. Samuel Adams would be proud.