August 12, 2014
In the history of a particular high school back in the 1960s, no pregnant student was allowed to participate in the graduation ceremony. A leftist group threatened the school with a lawsuit which led to the school rescinding its policy. A pregnant student walked across stage to receive her diploma. The following year, 23 students pranced across stage pregnant at graduation. The moral, you get what you tolerate. 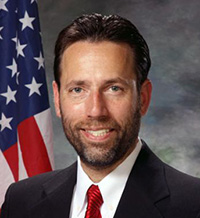 The GOP continues to shove tired old RINO primary candidates down our throats; bullying our Tea Party candidates with their deep pockets and dirty tricks. A most recent example is the GOP using the deplorable Democrat tactic of race-baiting to steal Chris McDaniel's victory over RINO Thad Cochran in Mississippi.

The GOP has joined the Democrats and MSM, attempting to brand the Tea Party extreme and nut cases. How outrageous, insulting and despicable is that when the truth is we are simply demanding that politicians/lawmakers follow the Constitution. We are saying no to socialism, no to out-of-control unprecedented government overreaches and no to Obama's fundamental transformation of America. And yet, we are the bad guys. We are the crazies who need to be defeated. God help us.

Despite the GOP's in-your-face screw you attitude towards the Tea Party, consultants advise that we be reasonable; hold our noses and vote for Republican candidates whom we know will vote with the Democrats, further undermining conservative principles and values which we hold dear.

In Tennessee, Lamar Alexander ran for reelection claiming to be against amnesty. Upon beating Tea Party candidate Joe Carr in the primary, Alexander is back to embracing amnesty; yet another example of GOP establishment arrogance, deceit and disrespect for the desires of We The People. http://bit.ly/1A93ami

Patriots, I say enough is enough. You get what you tolerate. Rightfully so, we whine and complain about having to vote for Republicans who have a Democrat-lite mindset. Well, I say it is time that we take a stand for Conservatism no matter what.

This is why I am extremely proud to announce that my PAC, Conservative Campaign Committee, has endorsed Tea Party conservative Joe Miller for U.S. Senate in Alaska. http://bit.ly/1uHeqTM

In essence, this race is another case of the GOP establishment vs We The People.

Here is how Miller stacks up against his opponents on a few key issues.

Sullivan: Believes abortion should be legal in some circumstances, blocked pro-life initiative from ballot as Attorney General.

Treadwell: Has a record of supporting pro-abortion politicians, blocked pro-life initiative from ballot as Lt. Governor.

Joe Miller was the Tea Party favorite who defeated RINO incumbent Senator Lisa Murkowski in the Alaskan Republican primary back in 2010.

Having a Tea Party guy as the Republican candidate did not sit well with the GOP establishment. Alaska's lieutenant governor Mead Treadwell and attorney general Dan Sullivan along with GOP leaders in DC all ganged up on Joe Miller seeking to overturn his victory.

Despite losing the primary, RINO Murkowski ran in the general election as a write-in candidate and defeated Miller; 8,000 votes were questionable.

Talk about GOP dirty tricks, they even used money Miller had raised to fund Murkowski's write-in campaign against him. Do you see what we are up against folks? It is no coincidence that Treadwell and Sullivan are Miller's opponents in the Senate race; We the People vs the Establishment. http://bit.ly/V7c8Rn

I met Joe and his family in 2010 while campaigning for him in Alaska. I could tell by the way his wife Kathleen looked at him that Joe truly is a good man. Joe Miller is a We the People kind of guy eager for an opportunity to make positive changes. These are the candidates we must stand behind with our support and encouragement.

The Alaska primary is August 19th, folks. Please join us in rallying around our guy, Joe Miller.

Hang in there Joe, patriots across America have your back. http://bit.ly/1uHeqTM