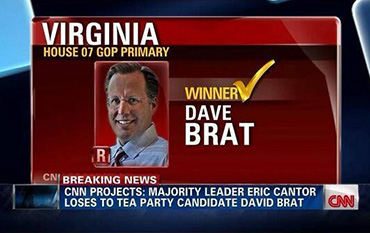 Talk about the excrement hitting the fan; liberal interviewers are outraged when I say blacks are not routinely shot by police and that the MSM is promoting a deplorable, divisive and irresponsible false narrative.

One radio interviewer laughed at me saying she was looking at stats on her computer screen which proved otherwise. During another radio interview the host cited stats that say one hundred thousand people are shot by police every year in America. Bill O'Reilly stated the true FBI stats. Out of 12 million arrests only 400 fatal shootings; many justified. http://bit.ly/1v2lRIi

Clearly, the Left is using lies to spread their despicable evil lie that blacks are targeted and murdered by police. I am struck by the liberal interviewer's passion behind spreading their lie. They act as if their belief is as true as there is a sun in the sky. The liberal media's attitude is, of course the police murder black males. The media will slap around anyone who states otherwise.

The MSM's shameful coverage of Ferguson is as criminal as yelling fire in a crowded theater. Remember the outbreak of black flash mob attacks on whites? http://bit.ly/1pW4gOu No one in the MSM is talking about the "Knock Out Game" also known as "polar-bear hunting." Mostly black youths bet whether or not they can knock out an unsuspecting innocent white person with one powerful punch; women, seniors and more. http://bit.ly/19SKoEv

My God, what is wrong with these people in the MSM? Furthering the socialist/progressive agenda and bolstering Democrat voter registration and turnout has trumped all sense of decency and morality. If dividing Americans along racial lines and selling millions of black youths the lie that whitey (Republicans, Conservatives and police) are out to get them will further the Left's cause, the Left says so be it. This truly is spiritual wickedness in high places.

After several rounds of verbally beating me up side the head, realizing they can not force me to agree with their claim that cops are shooting blacks at will, the liberal interviewers move on to gleefully proclaiming the death of the Tea Party.

They cite how numerous Tea Party candidates have been defeated in primaries by GOP establishment candidates. As chairman of The Conservative Campaign Committee, my team, my wife and I have been boots on the ground in Mississippi, Tennessee and other Senate races. We are away from home so much that upon our return, Sammy our greyhound only gives me an acknowledging glance and retires to his bed. I think the pet sitter has conspired to steal Sammy's affection from me. But, that's another story.

In every Senate race, we (CCC) have witnessed the intense involvement, commitment and enthusiasm of the local Tea Party groups in support of our candidates. Every race has been a David vs Goliath scenario; highly qualified grassroots funded Tea Party conservative candidates vs deep pocketed GOP establishment and big business funded and MSM supported Democrat-Lite GOP primary candidates.

While Dave Brat's stone launched from his Tea Party slingshot, struck and defeated his GOP Goliath, we have lost several races. Our most recent disappointing loss is Joe Miller's run for U.S. Senate, Alaska. Several great patriots in our Tea Party family came together to endorse Joe; Sarah Palin, Mark Levin, Dr. Dobson of Focus on the Family, Conservative Campaign Committee and others.

I point out to interviewers that the Tea Party is more fired up than ever; more sophisticated, schooling and honing conservative candidates to perform well on the big stage. Several Tea Party groups have targeted various aspects of the electoral process which include addressing rampant voter fraud. Other TP groups have focused on reaching out to and educating low info voters. My patriot brother, Michael Holler (Mr Constitution) has been passionately educating and spreading the gospel of the Constitution for several years via his book, "The Constitution Made Easy" and lecture tours. http://amzn.to/1ohvr1m

No, the Tea Party is not dead, nor will it ever die as long as there are those of us who love, God, family and country.

Without a doubt, we in the Tea Party have a very high mountain to climb. With all due respect, I say that is Okay. Our cause is just and God is on our side. We have lost battles, but the war is far from over. Our mission each day is to wake up every morning with faith and hope in our hearts which empowers us to faithfully continue fighting the good fight for that which we know is right. Faithfulness is the key to our victory.

We at Conservative Campaign Committee are planning our next mission. That's what I'm talkin' about! http://nws.mx/1mrL9Y1