Lloyd Marcus
Forget slavery: even too Uncle Tom for conservatives?

September 11, 2014
Even a few white conservative radio hosts became uncomfortable and pushed back against my saying that slavery happened a ga-zillion years ago and it is time for black America to get over it. Apparently, they considered such a statement coming from a black person too Uncle Tom-ish for even them. Their retort is "Surely, you must admit that being African American in America is challenging." When my reply is, "No, it is not." their reply is, "Thanks for coming on the show Lloyd. And we'll be right back." 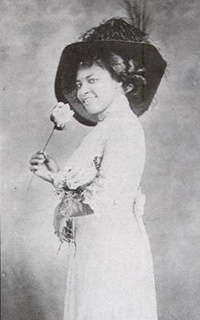 I am in my sixties and America has come a very long way since my youth. Mary, my beautiful awesome white wife of 38 years and I began dating over 40 years ago. We caught heck from both sides; severe push back from our families. We were chased in our car by a car load of angry white boys. On another occasion, we were waiting at a traffic light when a white man got out of his car, cursed at us and spat on our car. A white landlord revealed to me that her black maid advised her not to rent to us because any black man who dates a white woman is no good.

Then, there was the time at a family restaurant, a white man approached our table and smashed a beer bottle on my forehead and fled the restaurant. I was not severely injured and he was later apprehended. Back in those days, being black in America had its challenges.

Today, in terms of living a happy and fulfilled life; achieving one's American dream, racism is not serious enough to block anyone. As a matter of fact, America is the greatest land of opportunity on the planet. I am extremely grateful to God for blessing me to be born an American. Cut the victim crap and go for your dreams.

Is racism alive and well in America? Absolutely, on both sides. People have a variety of prejudices. Is racial prejudice in America prevalent enough to stop anyone from achieving? No.

Can someone please explain to me how viewing themselves as victims of slavery empowers black Americans today? It does not, quite the opposite. Liberals love to lay the serious economic and moral problems devastating the black community at the feet of white America and America's sin of slavery. This mindset weakens black America because it places their salvation in the hands of someone other than themselves; contingent on white behavior and intervention. Are we slaves on a national plantation waiting for our masters to better manage our lives?

Throughout American history there are countless inspiring tales of blacks using their will to succeed. Born in 1885, A'Lelia Walker was a black businesswoman. She was the first self made female millionaire in the United States and also one of the first black millionaires. http://en.wikipedia.org/wiki/A%27Lelia_Walker

Imagine Miss Walker's life had she obsessed about slavery and reparations.

My black college buddy Joe Ford was a wonderful role model; focus and determination. Joe had every excuse to fail. He lived in a Baltimore ghetto, raised by his grandmother and spent a year in jail for stealing.

A black tech school teacher taught Joe how to earn a living painting signs. Joe and I were students at the Maryland Institute College of Art. It was the 70s. Black power was the rage. All of our black college friends where heavily involved in the movement, successfully pressuring the college to allow the Black Panthers to rally on campus. Joe did not have time for any of that stuff.

No matter how hard our black associates tried to convince Joe that whitey had stacked the deck against him, Joe refused to embrace their hopeless self defeating victim mindset. He worked and studied hard. After graduating college, Joe drove a school bus, putting himself through grad school at Cranbrook.

Joe Ford was the first black art director hired at W.B. Doner Advertising Agency in Baltimore. I was blown away. I do not know if Affirmative Action got Joe in the door. I do know that Joe Ford was and still is reliable, responsible, thorough, talented and professional.

As a Christian, I believe my success or failure is totally in the hands of God and me. This mindset is empowering. Thus, I refuse to embrace a self sabotaging victim mindset. I feel a bit resentful when white conservatives say while they appreciate my independence and self reliance, it is challenging to be black in America. First of all, how would they know? And secondly, their assumption has the distinct foul odor of condescension.

The most powerful thing advocates for black America can do to help them achieve their American dream is to stop reenforcing a victim self image; forget reparations and blaming others.

I am delighted to report that over the years, blacks have branched out to become successful in every area of the American experience.

A victim mindset keeps many black Americans down, dependent and enslaved to government. Advocates for blacks must push self-reliance, education, hard work and responsible choices.

These conservative principles build real self esteem, not living in the ancient past whining about slavery and demanding handouts.