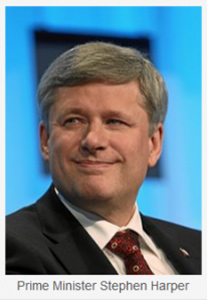 News of Osama bin Laden's death is eclipsing other news.

Our neighbor to the north has experienced a significant political change in the last few days. Unfortunately, the leader of these "conservative" changes wants to avoid the subject of abortion, like the plague.

On Monday May 2, 2011 Canada held its 41st federal election. Canadians had to cast their votes for members of the House of Commons, a democratically elected body, as part of the 41st Canadian Parliament.

Canada's opposition parties were confident they would reduce Conservative Party seats in the Parliament even further, after bringing about a collapse of the minority Conservative government, in March of this year. They were wrong.

Frequent visits to the polling booth

Canadians, who are tired of going to the polls (this was the fourth election in seven years) helped Prime Minister Stephen Harper's Conservative Party win with a majority vote — a significant victory indeed, given that he was unable to accomplish this during two previous elections. For the first time the leftist New Democratic Party (NDP) is now in second place, ahead of the Liberal Party. 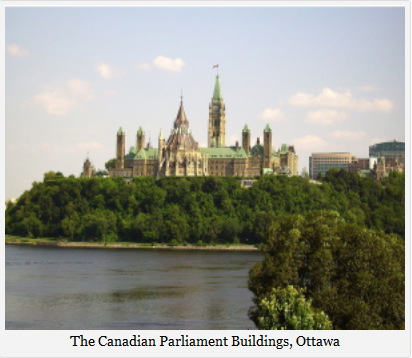 The election process was set in motion again after two parliamentary committees found the Conservative government to be in contempt of Parliament, for failing to disclose the details on the expenditures behind military jet fighters and anti-crime projects.

While this action by the Parliament may not have rocked the Western Hemisphere, nor disrupted the afternoon tea of the Head of the Commonwealth, Queen Elizabeth II — it was significant as the first-ever contempt motion by a Parliament in the Commonwealth of Nations.

The official opposition is now left of center — given that the NDP is known for its socialist habits. And the Bloc Québécois agenda of separatism has decreased significantly in the national discourse — considering their tiny parliamentary presence, after the elections. 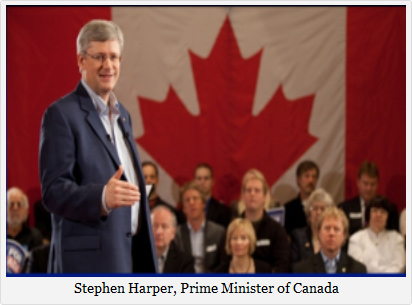 During this round of voting Canadians also did not show any interest in hugging trees, given that the Green Party won only 1 seat in the House of Commons, as representatives of the Saanich-Gulf islands. 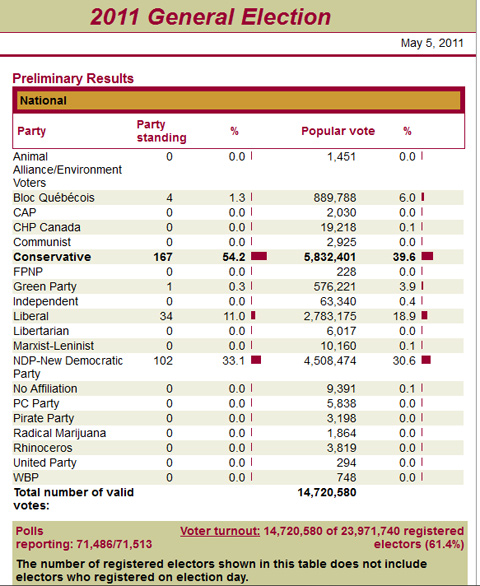 The Conservative Party will forge ahead with its plan to balance the budget and introduce tax cuts. Prime Minister Harper has announced a five-year "economic action plan" — which will include tax cuts that would reduce the basic corporate rate from 18% to 15%. The economic plan also includes a formula for income calculations that would decrease personal taxes. The latter provision will not kick in until the budget is balanced — which could take, according to projections, about four years.

Harper does not want to discuss abortion

But in spite of the "conservative" label, Mr. Harper does not want to touch the issue of abortion. Canadian pro-lifers are working hard to have a more significant representation in the Parliament. The only one that could have helped is Prime Minister Harper — but he has chosen to stay away from any talks involving the defense of the unborn.

Father Alphonse de Valk is a well-known Catholic priest who often finds himself under attack for his strict adherence to the Church's teachings. Here's an excerpt of an editorial written by Fr. Valk, which was published in Catholic Insight (February 2011 issue):

Canada's Prime Minister [Harper] however, does not grasp the magnitude of the issue. On January 18, 2011 the CBC [Canadian Broadcasting Corporation] interviewed him. While he favoured a return of capital punishment, he said, he refused to touch abortion.

CBC: "Would you re-open the abortion issue?"

Stephen Harper: "No, no. Look, Peter, I have spent my political career trying to stay out of that issue. It is one on which people, including in my own party, have passionate views. They're all over the map...What I say to people, if you want to diminish the number of abortions, you've got to change hearts and not laws. And I'm not interested in having a debate over abortion law."

The Campaign Life Coalition in Canada issued its report card on candidates in the 2011 General election, and only Jim Hnatiuk of the Christian Heritage Party received an A.

Money comes, and money goes. Lowering taxes and balancing the budget can be championed by any leader that sets his or her mind to it, and it is certainly not a difficult idea to sell in these economic times. But defending the unborn in the political arena takes moral courage — something which Prime Minister Stephen Harper continues to lack.