Why has Cardinal Ortega embarked on a brazen socialist propaganda scheme through the Archdiocese of Havana? 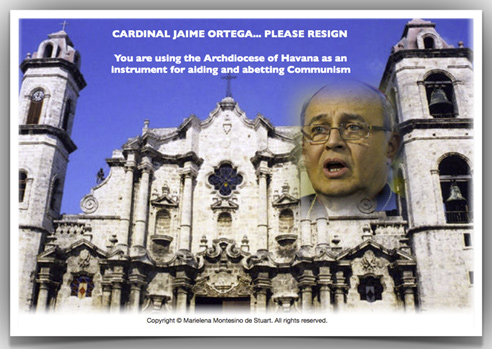 For more than 54 years the Cuban people have been subjected to lies from the Vatican's modernist hierarchy – which has maintained an Ostpolitik approach to Communism.

I have written and spoken about this extensively, as in The Beijing Affair (Part Three) published last month – where I addressed the Vatican's refusal to condemn Communism, as part of the "rules of conduct" set forth during the Second Vatican Ecumenical Council (Vatican II).

The Cuban people, inside the island prison, as well as the exiled community, have suffered not just under Castro's bloody Communist regime – but also due to the betrayal of Catholic prelates who travel the globe – repeating their one-liners and empty rhetoric, at symposiums and conferences – based on their on-going dialogue with the enemy.

Meanwhile, the people of Cuba continue to experience unspeakable persecution and suffering at the hands of their Communist captors. 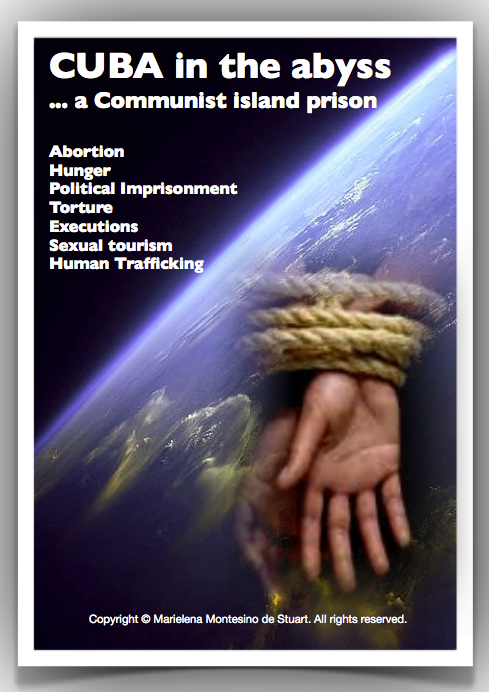 Houston, we have a Communist

Cuba's Cardinal Jaime Ortega has never fooled anyone – except those who choose to ride the coattails of modernist Cardinals.

Ortega is a perfect example of the hypocritical game played by modernist Vatican officials – in the ongoing dialogue and rapprochement with the Communists, which has often been duplicitous towards dissidents, prisoners and Cubans in exile. 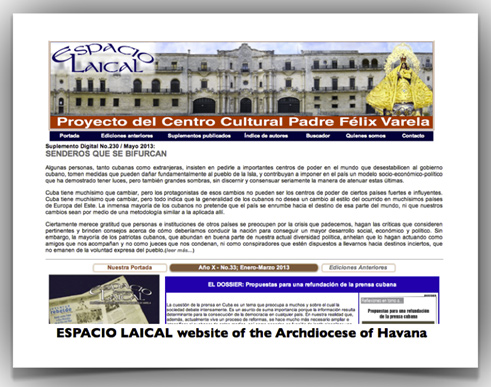 Ortega has shown his true colors again, through the Archdiocese of Havana's lay apostolate publication, Espacio Laical, which has published a series of wordy, ignorant, convoluted and embarrassing apologies for the Communist regime through its Editorial No. 230 (May 2013) – essentially claiming that there is potential for change in Cuba, within a progressive (socialist) framework.

In the editorial diatribe of EspacioLaical one can find every excuse for rejecting freedom, including the condemnation of "certain individuals" who insist on asking "important centers of power" to "destabilize the government of Cuba" – which could in turn be "fundamentally detrimental to the people of the Island."

To add insult to injury, the editorial refers to Cuba's oppressive Communist measures as "inflexibilities":

TRANSLATION: "Actually, there can be grounds that could justify certain inflexibilities..."

Espacio Laical continues by advising the Castro regime on an improved governing model that would not expand these "inflexibilities" – in order to keep Cuba from falling into "the abyss."


Cardinal Ortega, you are insulting the intelligence of human beings across the globe. Frankly, this editorial can only be described as heartless.

People in Cuba are starving – and are persecuted, imprisoned, tortured and executed, when they express their opposition to the Communist regime. Are these some of the "inflexibilities" that the Archdiocese of Havana deems justifiable?


But it appears that Cardinal Ortega and his propaganda writers at the Archdiocese of Havana do not want to "destabilize" this Communist state of terror.

Keep Cuba from falling into "the abyss"?


Cardinal Ortega, Cuba IS "the abyss."

The editorial also rejects the post-Soviet Eastern European economic and political milieux, "which the immense majority of Cubans do not want."

Is Cardinal Ortega conducting scientific polls in the streets of Havana to see what form of government the Cuban people want? Has Ortega forgotten that Cuba is ruled by a brutal Communist dictatorship?

What a pack of lies!

When it comes to the "immense majority" – I would like to remind Cardinal Ortega that the opinion of the Cuban diaspora is essential.

Those of us who were born and raised in Cuba and suffered horrific persecution under Castro's Communist regime, have the right to be included in the decision-making process of Cuba's future, regardless of the fact that we do not live in the Island. The Cuban diaspora also includes the opinion and participation of those of us who are faithful Roman Catholics. Surely, Cardinal Ortega would not want to exclude us! 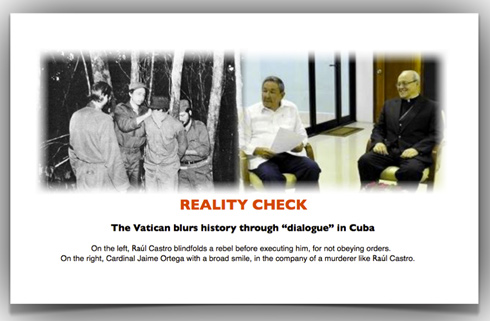 Anywhere... as long as it is not in Cuba

Short of moving to North Korea – most people in Cuba, including the government's collaborators, would live anywhere, as long as it is not in Cuba. This is why for more than 54 years, hundreds of thousands of Cubans have chosen to risk their lives to escape the Island. Untold thousands have drowned in the Straits of Florida, or have been killed while they desperately fled, trying to seek freedom.

The propaganda editorial published by the Archdiocese of Havana is one of the most depressing pieces I have read in a long time, in light of the reality faced by the Cuban people for more than 54 years. The ideas presented reflect minds that were sucked into a dark Communist vortex long ago – incapable of understanding what true freedom is all about.

Tragically, America is being incrementally sucked into this dark vortex – and future generations eventually will not be able to appreciate the precious gem that freedom is – because they will have lost it.

Ironically, Cardinal Jaime Ortega could learn a lesson from the dedicated Marxists he has hired to write these pieces for the Archdiocese of Havana, since they at least are consistent, by not invoking or using Christianity or the Virgin Mary in their propaganda.

Let's see if Cardinal Ortega can be as consistent in his homilies.


Cardinal Jaime Ortega, are you emboldened by Francis' rise to power, as you embark on such a brazen socialist propaganda scheme, through the Archdiocese of Havana?

Why don't you consider the people of Cuba worthy of true freedom?

What an insult to your own people and to humanity!

The statements that have been published in the Archdiocese of Havana's EspacioLaical editorial No. 230 (May 2013) are a clear indication that you have failed to protect and lead your flock in Cuba.

You ignore the fact, Cardinal Ortega, that the basis for all public policies should not rest on ambiguous catch phrases or more socialist schemes – but rather on the Commandments of God and on the Natural Law, which binds all men, for all times and in all circumstances.

The Cuban people deserve no less than this.

As such, I thank God through The Sacred Hearts of Jesus and Mary, all the martyrs and saints and His entire Heavenly Court – that I live in the United States of America, the country that gave me freedom – and that I am not trapped back in Cuba watching you "dialogue" with my former Communist captors.

Please resign now – lest you wish to spend the rest of your life as a Cardinal retired in shame. Someone has to say the truth... ♔