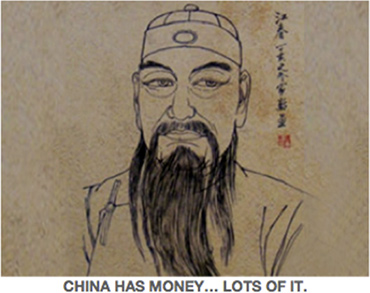 The Vatican is facing serious financial problems, due to corruption and mismanagement. Parishes have closed and continue to close around the world – and Church property continues to be sold, as mere parachute transactions in the modernist Roman Catholic Church's financial free fall.

The Vatican has even turned to the government of Brazil – asking for a bailout of approximately 39 million US dollars, in order to cover a shortfall in funding for Francis' visit to Rio de Janeiro, for World Youth Day, later this month.

How embarrassing – for a Church which has received so much money through donations – from the very poor to the very rich.

Meanwhile, Cardinal Timothy M. Dolan – while Archbishop of Milwaukee, reportedly shuffled $57 million dollars off the archdiocesan books into a cemetery trust fund six years ago, in order to protect the money from damage suits by victims of sexual abuse by priests – which in the Catholic Church is overwhelmingly the crime of pederasty.

And while Church property is being sold all over the world in order to pay for pederasty cases – Cardinal Dolan continues to allow the use of Church property at St. Francis Xavier (Archdiocese of New York) in violation of the rules of the Congregation for the Doctrine of the Faith (CDF).

Does the current Prefect of the CDF (Archbishop Gerhard Ludwig Müller) care about what is taking place on sacred Church property?

Apparently not. But then – the CDF is notorious for not enforcing some of its most important rules.

Müller is much too busy re-establishing ties with the Liberation Theology movement (a Marxist movement in the Catholic Church) – calling it "among the most important currents in 20th century Catholic theology." Yes. These are Archbishop Müller's quoted words – as the second-most powerful man in the Vatican. Read about it here and here.

Notice the use of the word "currents." Socialists love to refer to Marxism and Communism as "currents." How very charming...

What about "Pope" Francis? Has he said anything publicly about Cardinal Dolan and the aforementioned violations?

No! The crickets are chirping in Room 201, Domus Sanctae Marthae, the Vatican's hotel where the Bishop of Rome, Jorge Mario Bergoglio (Francis) resides, for "psychiatric reasons."

China has money... lots of it

Considering the above scenario – and the fact that the Communists in Beijing are investing in America and all over the world – will they strike up a bailout deal with the Roman Catholic Church?

The Communist Chinese Catholic Patriotic Association (CCPA) is the powerful Chinese government entity which controls the compromised Catholic Church in China. The Vatican has repeatedly reinforced its rapprochement with Beijing's CCPA – following the modernist rules of engagement under Vatican II.

Beijing has money. The Vatican is in financial trouble. Will rapprochement with Beijing lead to a bailout of the Roman Catholic Church's long-term debt disaster – affecting archdioceses and dioceses?

Expect anything from the modernists in the Vatican – where socialism is on the march. Someone has to say the truth... ♔