September 21, 2013
TEA WITH MARIELENA... Today's brew: A dark and eclectic mix of herbs

Tea drinkers can stop practicing tasseography. There is nothing to decipher in "Pope" Francis's statements. It's all very clear. Denouncing abortion, homosexual "marriage" and contraception, is simply not his cup of tea.

This is why I decided to title this commentary, "La Chiesa Cattolica, a vostro comodo" (The Catholic Church, at your convenience) – as a reflection on the statements made by "Pope" Francis during an interview, on August 19, with Antonio Spadaro S.I, Director of La Civiltà Cattolica. The interview was published on September 19.

Two original excerpts in Italian, and my translations, are presented below. 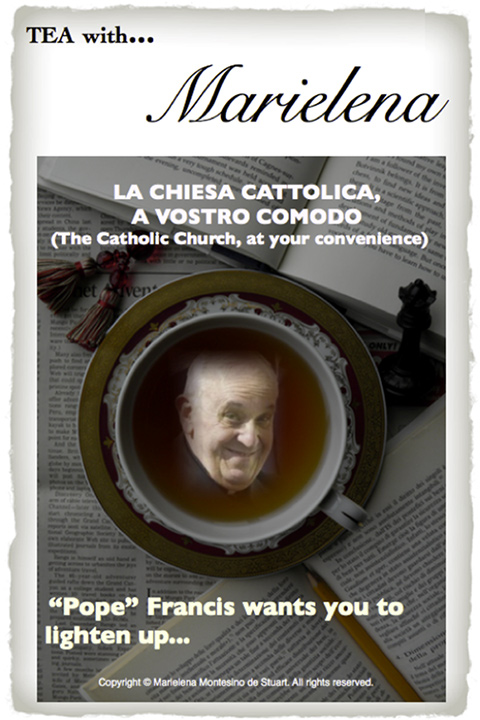 EXCERPTS FROM INTERVIEW OF "POPE" FRANCIS:


"The Church has at times locked itself in small things, in small precepts."