July 12, 2013
Martinez Hewlett, a molecular virologist professor from the University of Arizona, gave a lecture titled, "A God For Evolution," at Los Medanos College's Little Theater in Pittsburg, California which was greeted with a full house. 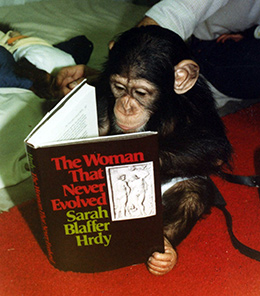 This is one of the hottest topics in academia – Science vs. creationism (or religion or God) – which has spawned passionate debates among scholars on both sides of the issue. The interest was such that not only students attended but 10 LMC instructors as well.

Instructor Kate Boisvert of the Humanistic Department brought this presentation to the college and explained, "We want to present both science and religion in a positive light." In other words, a balanced presentation which too often is lacking when this subject comes up.

It is precisely the lack of balance of this topic that has stunted the growth of science.

Bullheaded theologians and scientists are equally at fault for retarding knowledge that could give a total explanation of the origin of the earth and its inhabitants: The theologians because they are more interested in blindly arguing a point, with or without facts to support their beliefs, and the scientists who have violated their most important tenet, scientific research.

While scientists dispute the creationists' biblical account, nowhere have I read where diligent research with scientific investigative skills was applied to the Bible, or, more disturbing, to Biblical Archaeology, a growing and important field which has received highly respected notice.

It is to be noted that some scientific articles try to show sympathy to the religious concept of creation. In a paper titled, Science, God and Man, Robert Wright points out that George Smoot, an American astrophysicist, detected slight but persistent fluctuation in the universe's cosmic background radiation – echoes, he believes, of the Big Bang- the moment of creation. Then Smoot told reporters, "If you're religious trying to put things in perspective, this is like looking at God."

The paper, Teaching Theories: The Evolution-Creation Controversy by Robert Root Bernstein and Donald L. McEachron, determined that evolution by natural selection is a valid scientific theory because it and its underlying assumptions have been tested and validated by observation and experiment. Indeed, the validity of science, according to McEachron, and others, is that science can be tested while creationism, according to his theory, is invalid because it cannot be tested.

Does this mean then, that the evolution theory, along with the discovery of scientifically tested fossil remains, gives us certainty that we are only separated by a period of evolution from our primate ancestors, or, our fish relatives? Are feathered creatures direct descendants of the ill-fated dinosaurs as preached by the late Carl Sagan in his film series?

Sagan, whom this writer once met, was a humanist. As in the case of many humanists and atheists, excellent scientific skills are often misappropriated in order to try and disprove God. This appears to be more of their goal than in finding the truth, which is tragic, fraudulent, and worse still, prostitution of a discipline.

True scientists and scholars should be open to any and all possibilities. By stripping away bias and working together, perhaps science and religion will eventually be able to show us without reservations where we came from and why.

Boisvert is to be congratulated for bringing Hewlett's presentation to the college. In so doing she has served academia faithfully by providing fertile ground where true scholarly inquiry and examination can take root and flourish, an idea that is not abundant in most colleges and universities today. Meanwhile, "the missing link" is still missing.