April 25, 2014
Would a gifted artist create a masterpiece, then splash a bucket of paint on it? That not only would prevent the painting from hanging in a prestigious salon but would be downright stupid.

So why would someone write a valuable classic book on philosophy and then hurl acid in the faces of 80% of his readers? This explains why an otherwise valuable book wound up in the remainder pile at a Barnes & Noble book store in California. 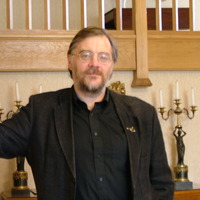 Remaindered books, are those books that have been marked way down in price due to low sales and are due to be shipped back to the publisher.

A book titled, "100 Philosophers-A guide to the World's Greatest Thinkers" (Chartwell books Inc.2013, New York) caught my eye since books on that subject are always at the high-end price range. Why would it be in a discarded sales pile? The cover is very attractive, even compelling. The content includes not only important philosophers in America and Europe but those Asian, Hindu, Russian and Islamic thinkers who have played an important role in the world of thought but have received less recognition. This is one of the few books that cover these philosophers so thoroughly.

Eagerly diving into the book, [what] first caught my eye was the reference to the time periods of history. Instead of using B.C. (Before Christ) the atheist "correction" made it BCE (Before Common Era). The idea, of course, is to get Christ totally out of view and thought.

Then, literally jumping off the pages were the references to God, but, with a disrespectful small "g." Skimming through the entire book showed every reference to God the same. The only place the pronoun was properly capitalized was in reference to St. Augustine's book, The City of God, since a book title word must be in caps. Even the worst amateur writer knows that.

If the author knowingly misrepresented God and even the divisions of time, what else has he misrepresented? This has invoked suspicion on his entire work and its credibility.

First of all, any author must capitalize the names of persons. God is a sacred name to billions of people on the planet. To try and belittle God is totally unacceptable, indeed, outrageous, and insults an entire culture. That did not concern the author.

The atheists of old had far better manners. David Hume and Bertrand Russell, for example, were dyed-in-the-wool unbelievers, but they handled that subject with respect and class. They would never insult anyone with a different viewpoint. Those atheists were gentlemen even in their disagreements. And these are among the true intellectuals that I read.

The author of this thing is a professor across the pond, warping the minds of his captive students at Oxford. His name (purposely shown in small font) is, peter j. king. He is one who would be described in Kentucky thusly: "He's got a lot of book learnin but he aint got a lick uh sense." The deplorable lack of just that, common sense, is prevalent in many so-called scholars.

I have taught 'Customer Service," in college. One example was a known restaurant in the area. The structure was attractive, the food great. However, business dropped so low that eventually it went bust and changed hands.

Many of my students were aware of that restaurant and had eaten there...once. The lack of manners throughout, the lousy service and the attitudes of the servers...well....stunk. They obviously took no pleasure in serving their customers. So they were left serving only themselves.

At the opposite end of the polar, an older retired man in New Jersey took a job bagging groceries. He would greet each customer in line with a big smile. As he bagged the groceries, he would look up every so often with an expression showing that he took great pleasure in doing this for them. Even when other check-out counters were open, people preferred to stand in line and wait for the old man who made them feel so very special and welcome.

It is too bad that professor peter j. king did not attend my classes. His later books might have stood amongst the works of great philosophical writers instead of the remainder pile.

Stupidity is the bi-polar of the intellectual world. It is a strange combination. In this day and age it has become a widely contagious plague, spreading rapidly and has reached a point that all exposed to it should be quarantined. Run for your intellectual lives !

Rev. Austin Miles is working toward a doctorate in philosophy.