May 24, 2014
The word 'propaganda' is tossed about freely with that word suggesting involuntary indoctrination. And we blame the government and the media for influencing our minds. Yep, they are drumming these things into our heads forcibly, by golly, pushing their ideas upon us and there's nothing we can do about it. 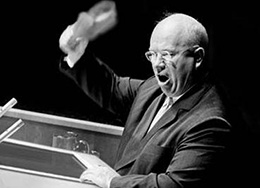 No, dear people, we are NOT victims of induced behavior (or anything else.) On the contrary, we PAY to be indoctrinated to agree with everything being bulldozed upon us by the government that is working toward its own goals, not for the benefit of citizens.

How do we pay for having our minds taken over by bad ideas? Simple. How many times do you take your family to the movies and buy a ticket, which collectively brings billions of dollars to the producers and directors?

We are lured to these "entertainments" by the compelling bait of nudity, (bad) language, kinky sex, drug and alcohol use, which is revealed to us as a "warning." It is a cunning "rating system," that pulls us in rather than keeping us out as it appeals to man's lower instincts. And we take the bait...hook line and sinker...as we watch wide-eyed and fascinated by the glamorous movie stars who push immoral conduct (both on and off screen), violence, disrespect for others, vulgarity, sloppiness in appearance, lawlessness, degradation of the English language and perversion.

What is more, we are brainwashed to sympathize with these various social movements and ideas being brought into focus.

We take it all in while admiring the charismatic personalities of the actors with a seeming control of life we would all like to have, even while exhibiting questionable conduct. We are paying for these examples that influence us, and worse, our children, while making Communists exceedingly rich by our ticket purchases. And we as a people are weakened as a result, precisely the intentions of the enemy, which makes us more subject to manipulation.

When you PAY FOR a newspaper subscription you get only propaganda, not actual-factual news. Yet we pay for that subscription and even pay to advertise in these newspapers. TV news is not too different. The only place to get accurate news is on the Internet. Yes one must wade through a lot of nonsense there, but you can find credible threads, such as this one, that are reporting truth. This is why Obama is so desperately trying to control the web.

Senator Joseph McCarthy saw Communism being moved into the motion picture industry in the 1950s and made an effort to stop it in its tracks. The McCarthy Senate Hearings on Un-American Activities, brought many Hollywood stars, writers and producers to appear before the Committee, flatly asking them, "Are you a Communist or have you ever been a member of the Communist Party?" It was a proper and responsible position to take during a vulnerable time in our history. A time when we could have stopped it.

The Socialists loaded up their arsenal of words to describe the hearings as, McCarthyism, that would undermine the 'civil rights of the citizens' causing great harm to careers and described it as a 'witch hunt,' "A dark chapter in history." They proclaimed that it was an evil intrusion of the government into the lives of the people, skillfully guiding citizens away from the real issue. This is called, misdirection.

McCarthy became a dirty name, vilified and used in ridicule. However, Senator McCarthy and the committee were absolutely right and had the public not been so pliable and impressionable, Hollywood and America itself would now be much different.

Today there are a huge number of Communists in government, entertainment (?), and universities where the professors work to destroy our history. There is no place for religion and Christianity. Remember that Karol Wojtyla who would later become Pope John Paul II, had to study for the priesthood secretly in Communist Poland. If found out he could have been arrested and even tortured. Christianity must not be allowed to exist in a Communist world.

I know the horrors of Communism first hand, having spent time behind the Iron Curtain where you must be extra careful of what you say, even to your family because they are taught to spy on each other. And if you were accused of even thinking the "wrong" thoughts you could be arrested.

Twins David and Jason Benham were abruptly canceled from their home improvement program before it aired on HGTV, because, it was discovered upon investigation that one of the twins, several years ago, had made a statement backing traditional marriage. Even for thinking it, they were bounced. No place for traditional anything in a gay world. Not only that, but Sun Trust Bank, that financed homes for the twins' real estate business pulled out abruptly. The attempt was to put them out of business.

Michelle Obama whose husband was sponsored and financed by the CPUSA (Communist Party USA,) was a high school commencement speaker in Topeka, Kansas last week and told the students...now get this... that they need to 'police family and friends because federal laws can only go so far in stopping racism.' According to Jim Treacher of the Daily Caller, Ms. Obama said, "You must monitor your older relatives, friends and co-workers for any racially insensitive comments they might make and to challenge those comments wherever they're made."

Spy on your own parents and family?? That is EXACTLY what I found behind the Iron curtain.

So how did we get to this point where Communist domination has began to show its head? Rev. Ed Berkey (retired) a frequent contributor to this column reminded me that on September 29, 1959, Nikita Khrushchev, speaking at the U.N in New York, banged his shoe on the podium and screamed, "We will bury you!" Then rambled on.

Here is his entire quote: "Your children's children will live under communism. You Americans are so gullible. No, you wont' accept Communism outright; but we'll keep feeding you small does of Socialism until you will finally wake up and find that you already have Communism. We won't have to fight you; WE'LL SO WEAKEN YOUR ECONOMY, until you fall like overripe fruit into our hands."

Yes, they will take over without firing a shot. That is exactly what I was told behind the Iron Curtain: "Before complete seizure we will take out the entire power and communications systems that operate the lights, power, dams, water, everything." (There have already been some rehearsals including a blackout in a large part of Europe.)

Then while wandering around in the dark, you will be tapped on the shoulder, or answer a knock on the door and a Communist Official will say, "Here are your orders."

Apparently, George Orwell, looking toward the future, saw it clearly. " It's morally acceptable to punish a person for having heretical thoughts, regardless of his actions."

That is where we are headed, full throttle ahead....unless...and this is repeated...that we all make Sunday Church Service a vital part of our week, reach out to God, read His Word, and put ourselves and our trust in Him only and receive His strength. That is the ONLY way we will make it through what is coming.

END NOTE: There are many good films produced in Hollywood with some great Christian stars. Seek out uplifting and encouraging films to view. Get children out of the government public schools where they are ignorized (new word courtesy of MIlesTones meaning: to deliberately make ignorant) and into Christian schools. Alert to Churches: It is not difficult to start a Christian school in your church. That is where education started in the first place. And students received a classical education.

Photo Caption: Nikita Khruschev "We Will Bury You"