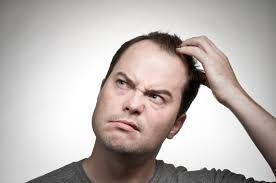 We live in a world of increasing Manchurian Candidates, meaning that minds are captured, seduced, brainwashed and programmed to do precisely what those who would rule over us demand.

Question: Do you really READ what the newspapers and TV newscasters are saying? Do you really LISTEN to what is being SAID ? If not, that misinformation slowly burns into your mind like molten lava until the absurd begins to make sense. Perhaps it is time to regain control and to not arbitrarily accept everything being said no matter how sophisticated it may sound or who is saying it.

Listening skills are essential to survival in this world of deceit, peopled by those who bamboozle listeners to agree and support their specific agendas, no matter how bizarre at first glance.

Whenever spoken to, by voice or printed word, it is wise to listen for the following 4 points: Intent, Content, Assess the Whole and Emotional Filter.

1.) Intent. Why are you telling me this? What do you expect me to do with this information?

2.) Content: What are they actually saying and what WORDS are they using?

3.) Assessing the whole. If talking in person, notice the body language, or, non-verbal communication such as posture – leaning forward of leaning back, position of arms (folded means trouble), tone of voice, eye contact (eyes darting around spells trouble).

4.) Emotional Filter. This filters out insulting words, demeaning glares and extravagant descriptions followed by, for example, "Not only that, you snubbed me!" Coming out the bottom of that filter is the problem to deal with, not the insults or rudeness which is filtered out. We only address that one issue that seemingly prompted the outburst. Never address the insults, only what the issue really is.

One example was while waiting to catch a BART train in Northern California. Sitting quietly reading my paper, a woman who sat next to me said, "Do you ever think we will have peace?" She was using the fact that I was reading a newspaper with obviously bad news. When I answered, "Hopefully" she then explained that there is peace to be found while trying to recruit me into Jehovah's Witnesses. This was the INTENT of the entire approach. No she didn't convince me to change religions. But she tried.

The Communists, determined to warp our minds, turn us against each other, which in turn, will weaken us as a whole, by inventing and using such terms as, "White Privilege" to instigate resentment from blacks toward whites.

A Democrat currently running for public office uses as a campaign slogan, "Voting Rights for All." Hold on! There ARE voting rights for all American Citizens. ID cards have always been present when one registers to vote or to cast a ballot, that is until this present administration whose occupation of the Oval Office is questionable.

Now, they claim that IDs discriminate against minorities since the poor cannot afford the price of a photo ID .News Flash! The poor DO have a proper photo ID which must be shown to receive welfare, food stamps, section 8 housing and even free medical care (to them, but costly to working tax payers). Those who do NOT have the IDs are probably in the U.S. illegally. That is the point.

Amongst the letters to the editor, in the same newspaper, a Democrat rails against Republicans for pushing, "Oppressive Voter Registration Laws."

All four of the Listening rules apply to this case: The intent is to allow anyone to show up and vote, maybe even several times to put Democrats in office or to keep them there. The votes are paid for by the benefits provided to the voter, citizen or not.

Abortion is not the murder of a baby, but a "Woman's Choice" along with "Planned Parenthood." That helps erase the reality of a dastardly deed.

To promote immorality, which also weakens the strength of our society, the Communists use Hollywood stars who freely exhibit every possible perversion to water down the idea of 'sin.' This is called, 'freedom.' Many high profile performers are open about their sexual affairs and when a baby is born out of wedlock, it is called, by the leftist press, a "lovechild." There was a time when such a thing would be considered scandalous. It is a matter of framing it effectively to push it forward. And those who object to such perversions and anti-social conduct are called, "Haters." Accept it all or be called a hate monger.

Here are some other examples of verbal Judo found in that ONE day's issue of the Contra Costa Times 5/31/14), fed by Associated Press; To change one's sex is called, "Sexual Reassignment Surgeries," rather than "transsexual surgery,' while sexual confusion has been changed to "gender identity."

A school in Northern California decided that the AP exams were invalid because of the way the desks were placed, meaning that those tests would be tossed and the students must take it again, The school's verbal Judo? "The students will be given the opportunity to retake their tests next week," according to the release. Yep, it's one big opportunity.

The greatest opportunity of all is to read the daily papers and underline all these misleading sentences, then apply the four principles of listening and THINK. It will not take long to figure out these ploys and not be sucked in and manipulated by the captivating words of prey.

Remember, WORDS OF A FEATHER FLOCK TOGETHER. Your secular TV programs and newspapers are all one big propaganda machine determined to bring you into Socialism and under total control. Think through it, and above all, make Sunday church service a vital part of your week. Seek God, read His Word and draw closer to Him. This is the ONLY thing that will bring us through the most challenging time of history which is on its way. Be ready.

Photo Caption: Words Can Be Confusing