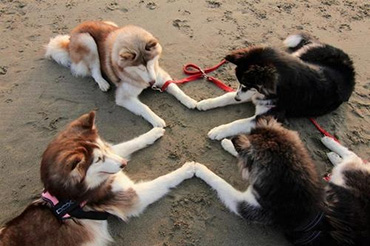 ANTIOCH, CA-(8/5/14) – Yesterday, while nearing the 3 million visitor count, another attempt was made to shut down my website: www.revaustinmiles.com, as many who tried to get on found. A recent previous disruption shut it down for two weeks. It practically took an act of congress to get it back up. Obama is not a fan – sniff.

We managed to get back up. The traffic flow became so steady that it was impossible to determine who the 3 millionth visitor was. Right now we have 3,002,736 visitors.

We celebrate by excerpting another chapter from the new book, "Angels Unawares-4 Legged Ones, "with the subtitle: "What The Church Didn't Teach Me I learned From My Poodle." You will find this to be a REAL fish story:

A Little Girl and Her Fish

A Gentle knock on the back door of my house in Oakley, California summoned my attention. When the door was opened, nobody was to be seen. Then glancing down I saw a wee little girl I had never seen before with sorrow filled eyes. "Well hello, " I said.

"Rev. Miles," she said with a hint of questionion her little voice,"would you come and do a funeral for my fish?"

By the time the little girl got home, she found that her mother had made her own funeral arrangements by putting the fish in a porcelain casket and with a flick of a handle it was immediately dispatched to that great pond in the sky.

It was touching to see that child and her grief over her pet fish and I wondered how anyone could be so attached to one. After all, a fish is, well...a fish. I had become friends with many creatures, small ones and very large ones over the years, especially during my younger years as the Ringmaster with the circus, with each one displaying a distinct personality, but had never considered that a fish could be anything but, a fish.

When grandkids come along and want a pet, usually a hamster or guinea pig, that pet most always winds up at "Papa's house" which is a good thing since it results in more visits from the grandchildren.

Then, one 7 year old grandson wanted a fish. The area pet store had little silver feeder fish for sale at a cost of about 15 cents. Feeder fish don't live a long life, only a few weeks, but it was a fish that they would enjoy. And the fish came home with Papa, with its see through home placed on the kitchen counter.

One afternoon, coming into the house, it was noticed for the first time that the little fish would come to the front of the bowl as I came in as if to greet me. This time I went to the bowl and said, "Hello Fish," the only name it had, and then sprinkled some fish food into its bowl.

"Fish" became such a part of the home and family that it was natural to go to the bowl to hang out and have lunch together, preparing a baloney sandwich for me, and the usual gourmet treats for Fish. It was a very pleasant and happy time. His little face became increasingly familiar.

That small feeder fish, which was to live only a few weeks, had lived with us for over a year and a half. Our visits became greatly anticipated.

Early one morning when I came down, "Fish" was floating sideways, meaning that it was dying. When I came to the bowl, the little fish managed to flip right side up and then frantically darted from one side of the bowl to the other and then back....would stop, slowly start to float sideways, then again flip back up and dart back and forth with full speed.

Fish was happy with us. We had actually bonded and he was literally fighting to stay upright and for his life.

Despite a valiant fight, "Fish" finally floated sideways in the water but this time did not get back upright. Little Fish was gone. And an unexpected sense of grief came over me.

Now I could full understand the tears of the wee little girl who had come to my back door to tell me that her pet fish had died. Now I really could relate to her feelings. And I thoroughly missed the usual greeting at the front of the bowl whenever I came into the room.

That experience showed that all creatures have feelings and personalities and why we must be good to all living things. And this has given me a refreshingly new appreciation of life in general.

This chapter is excerpted from the new book: Angels Unawares – 4 Legged Ones with the subtittle: What The Church Didn't Teach Me I Learned From My Poodle, coming out in September on Amazon and Kindle.