September 2, 2014
How much value would a degree from Harvard, Stanford, Yale, Princeton, or the University of California be if suddenly there would be no entrance exam, tuition, or academic record required? People simply showed up, spent some time, and received their degrees en mass. Those degrees would be worthless. 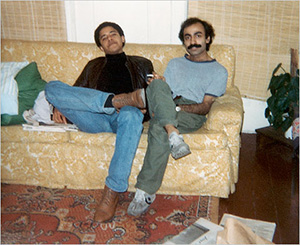 There was a time that it was prestigious to become an American Citizen. Before being accepted and even admitted to America, one must have proven to be of good character, show financial stability, and verify sponsors here who would vouch for the candidate. A most important requirement was for all candidates to learn to speak English.

Today, Obama has cheapened the whole idea of being an American by throwing open our borders to everyone, including terrorists whose only goal is to destroy us. He is encouraging immigrants with no skills, financial responsibility, or character references to flood into the U.S. with no intention of assimilating, but who insist that America yield to THEIR cultures, religions, architecture, and living habits. What is more outrageous, they are demanding that America speak THEIR language and in some cases, fly THEIR flag.

These freeloaders do not have to contribute one thing. Indeed, Obama will give them immediate welfare, health care, housing, food stamps, even i Phones and education which true Americans are forced to bankroll through taxes paid on their working salaries. The only obligation these illegals have is to further Obama's agenda. America is deteriorating into a Third World country.

Are you aware that Obama is now reaching out to those who have been deported, inviting them to come back in? He is letting this be known by fliers, radio announcements, and even some billboards in Mexico.

To be considered a candidate for President of The United States, strict credentials needed to be provided. It was essential for the candidate to be born in America. Obama was not born in America and even faked a "birth certificate" to lie his way in.

Rev. Ed Berkey (retired) alerted us to questions that should have been considered long ago:

WHERE ARE THE OBAMA GIRLFRIENDS?

Think about this and see if there's anything here you don't believe!

I hadn't thought about this – but where are Obama's past girlfriends surely he had at least one? No past girl friends popping up anywhere? Strange – strange to the point of being downright weird!

OK, this is just plain old common sense, no political agendas for either side. Just common knowledge for citizens of a country, especially American citizens, who know every little tidbit about every other president (and their wives) that even know that Andrew Jackson's wife smoked a corn cob pipe and was accused of adultery, or that Lincoln never went to school or Kennedy wore a back brace, or Truman played the piano.

We are Americans! Our media vets these things out! We are known for our humanitarian interests and caring for our 'fellow man.' We care, but none of us know one single humanizing fact about the history of our own president.

Honestly, and this is a personal thing... but it's bugged me for years that no one who ever dated him ever showed up. Taken his charisma, which caused the women to be drawn to him so obviously during his campaign, looks like some lady would not have missed the opportunity.

We all know about JFK's magnetism, McCain was no monk, Palin's courtship and even her athletic prowess were probed. Biden's aneurysms are no secret. Look at Cheney and Clinton – we all know about their heart problems. How could I have left out Wild Bill before or during the White House?

Nope... not one lady has stepped up and said, "He was soooo shy," or "What a great dancer!" Now look at the rest of what we know... no classmates, not even the recorder for the Columbia class notes ever heard of him.

Who was the best man at his wedding? Start there. Check for groomsmen. Then get the footage of the graduation ceremony.

Has anyone talked to the professors? Isn't it odd that no one is bragging that they knew him or taught him or lived with him?

When did he meet Michele and how? Are there photos? Every president provides the public with all their photos, etc. for their library. What has he released? Nada – other than what was in this so-called biography! And experts who study writing styles etc. claim it was not O's own words or typical of his speech patterns, etc.

Does this make any of you wonder?

Ever wonder why no one ever came forward from Obama's past, saying they knew him, attended school with him, was his friend, etc? Not one person has ever come forward from his past.

This should really be a cause for great concern. Did you see the movie titled The Manchurian Candidate?

Let's face it. As insignificant as we all are.. someone whom we went to school with remembers our name or face... someone remembers we were the clown or the dork or the brain or the quiet one or the bully or something about us.

George Stephanopoulos, ABC News said the same thing during the 2008 campaign. Even George questions why no one has acknowledged that the president was in their classroom or ate in the same cafeteria or made impromptu speeches on campus.

Stephanopoulos was a classmate of Obama at Columbia – class of 1984. He says he never had a single class with him. Since he is such a great orator, why doesn't anyone in Obama's college class remember him? And, why won't he allow Columbia to release his records? Do you, like millions of others, simply assume all this is explainable – even though no one can?

NOBODY REMEMBERS OBAMA AT COLUMBIA

Looking for evidence of Obama's past, Fox News contacted 400 Columbia University students from the period when Obama claims to have been there, but not one remembers him. For example, Wayne Allyn Root was (like Obama) a political science major at Columbia, who graduated in 1983. In 2008, Root says of Obama, "I don't know a single person at Columbia that knew him, and they all know me. I don't have a single classmate who ever knew Barack Obama at Columbia... EVER!"

Root adds that he was "Class of '83 political science, pre-law" and says, "You don't get more exact or closer than that. Never met him in my life, don't know anyone who ever met him."

"At our 20th class reunion five years ago, who was asked to be the speaker of the class? Me. No one ever heard of Barack! And five years ago, nobody even knew who he was. The guy who writes the class notes, who's kind of the, as we say in New York, 'the macha' who knows everybody, has yet to find a person, a human who ever met him."

Obama's photograph does not appear in the school's yearbook, and Obama consistently declines requests to talk about his years at Columbia , provide school records, or provide the name of any former classmates or friends while at Columbia.

How can this be?

NOTE: Wayne Allyn Root can easily be verified. He graduated valedictorian from his high school, Thornton-Donovan School, then graduated from Columbia University in 1983 as a Political Science major in the same '83 class in which Barack Hussein Obama states he was.

According to the U.S. Census, there is only one Barack Obama – but 27 Social Security numbers and over 80 aliases.

No wonder all his records are sealed! Somewhere, someone had to know him in school... before he "reorganized" Chicago and burst upon the scene at the 2004 Democratic Convention and made us swoon with his charm, poise, and speaking pizzazz.

One of the biggest CONS this country has ever seen, and getting away with it. This is scary on many levels!

Extra Note: Obama came to America as a foreign student. Even though we don't know about any girlfriends, there are photos on the internet showing him with many BOY friends.

This is one of the biggest frauds ever conceived and executed. The other was the first cross-dresser in the Vatican, a woman, Joanna, who posed as a man, studied for the priesthood and managed to serve as Pope Johannes Anglicus in the 9th Century. Exposed when she prematurely gave birth during a processional, she was stoned to death.

SPEAKER OF THE HOUSE – SERGEANT AT ARMS. GET SOME BACKBONE AND ESCORT OBAMA OUT OF THE WHITE HOUSE WITHOUT FURTHER DELAY! This is for your sake, our sake, and the sake of America. Perhaps "Pope Johannes" should be remembered.