July 8, 2015
WASHINGTON, D.C. (7/7/15) – That headline might need to be reworked. Even so, it was something overheard in the Nation's Capitol. However, sitting in the Rainbow House (once known as The White House) Obama will do anything to appease and encourage his homosexual buddies. This includes giving "Trophies of Courage" to sports figures 'coming out' publicly and being behind an upcoming presentation of the Ashe Award for the "courage" of a man's extreme cross-dressing, adding boobs and makeup to appear as a woman while still possessing his tool box. No matter what his girlie name is, he will always be Bruce. Yet, Obama considers that...courage. 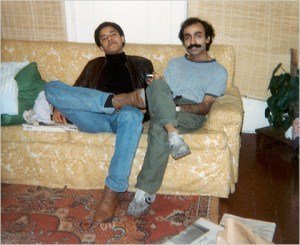 Obama has also worked to make it a crime to counsel the sexually confused who want to come out of that lifestyle, has ordered National Guardsmen to publicly march in uniform while wearing red high heels, and has allowed transgenders to openly serve in the U.S. Military. What's more, he has ordered U.S. Embassies throughout the world to fly the rainbow flag over their compounds.

This writer as a young man had been perhaps a bit naïve regarding this subject, having been raised in the mother-apple-pie-white-picket-fence-church-going era in the Midwest. When I was growing up I thought that a homosexual was one who had his sex at home. We were not exposed to it like we are today.

There was no openness in homosexual behavior back then. It was kept pretty quiet except for those who moved around in the dark, such as movie theaters where the sodomite would ease himself into a seat next to a young boy sitting alone then start to fondle him. Queer Scout leaders had unprecedented access to kids on camping trips where unreported vicious violent sexualizing of young scouts wrecked their mental and physical well being for the rest of their lives. And they got away with it since most kids were afraid to tell their parents.

In high school there was talk about being watchful, because somebody might 'goose' you. That means someone suddenly sticking a finger in your butt to make you jump. While it was thought odd (some thought it was funny), nobody really connected that action with perverse sex.

In the military there was shower talk advising that before bending down to pick up a bar of soap, look around first. Many of us were not aware of what sodomy meant.

That was back in the days before homosexuality became fashionable. Today, it is not only fashionable but to the point of being required. Indeed, today you cannot even look uncomfortable being near a sodomite without the threat of a lawsuit.

Obama manipulated the Supreme Court into legalizing homosexual marriage throughout America, which violated the Constitution and the will of the people. This is what Communist Party USA (who sponsored Obama) maneuvered, in order to weaken the people they want to dominate. It was mandated by Obama that this become law. The Supreme Court obeyed. The aggression is now totally in your face. That is what the "gays" want, demanding that everyone embrace their dangerous lifestyle. This brings up an important psychological question:

If the 'gays' are so secure in their deviant sexual lifestyle, then why are they so desperate to make the world agree with them that their perversion is normal and that they are just like everybody else? It seems more like they are trying to convince themselves.

This reminds me of a couple of preachers I know, asking if their sermon was OK, over and over, meaning that they were not so sure that the sermon was good and wanted confirmation that it was. Unfortunately, too many people cave in to say, "It was GREAT!" when actually it totally missed the mark. We do the same things when sodomites demand to know, "How do you feel about gay marriage?"

Meanwhile, America, under Obama's orders, has steamrolled this purely political issue over American citizens with gays and lesbians dancing in the streets and already making new demands. What is more, citizens are cowering before them. Yet they comprise less than 2% of the population.

This is exactly a repeat of the Communist rule in the old Soviet Union. Less than 2% of that empire was Communist. The multitudes of others were not Communists. They totally outnumbered those who would rule over them and could have overtaken them. Yet those 2% bullied that huge, huge population into compliance of Marxist-Stalinist dictatorship by giving the illusion that their numbers were far greater than they actually were. Politics is one big bluff.

So this entire issue is NOT about gay rights, but a devious political party that wants to take over our country, the government, especially our schools (for recruiting purposes) and our churches. And this very small minority of gays actually intends to take over the entire world.

Yet, we continue to allow ourselves to be bullied by simply laying down (or bending over) instead of taking a strong stand about this disturbed minority trying to re-wire our lives, and especially the lives of our children.