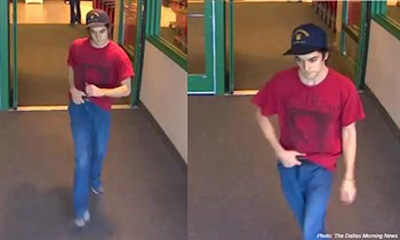 FRISCO, TX 5/7/16 – A man does NOT have the RIGHT to enter or use a toilet, changing room or shower for women. Nobody has a "RIGHT" to do something or anything that harms another individual or is repugnant to society. Webster's Dictionary defines the word "Right" as: "Something to which one has a just claim." Read that carefully.

Yet, these deviants demand to get into the toilets and showers of the opposite sex, and to be denied that entry can now bring charges of, "discrimination," accompanied by the yelling and screaming of "progressives" that this is an injustice.

Now let's look at the word, Discrimination: Webster's Dictionary: "To show favor or disfavor unjustly." So the LGBTQ declares that it is unjust to keep men out of women's toilets and showers. And it should be noticed that another definition for "discrimination," is: DISTINGUISH, i.e. to distinguish one thing from another.

So how can this all be called, Discriminatory? One thing is one thing, another is another. This is an example of perverts perverting even the meaning of words, which should not seem strange since they do not even know the meaning of themselves.

Yet, The Target store chain has opened its doors to that very thing. They, or course, are not strangers in striking at social decency. As can be remembered, they chased away The Salvation Army Bell Ringers one Christmas Season and said they could never come again.

The Salvation Army has always been a part of the Christmas Season in their uniforms and ringing a bell inviting all to help their work in providing for the less fortunate. The money they collect, which passerby willingly gives, goes totally to that purpose. Yet, Target stated that they were not welcome on their property. Target has taken similar actions to demonstrate their anti-social conduct.

This latest outrageous behavior towards society is their insane bathroom law, opening the private rooms used by our wives and daughters to men who only have to say they feel they are a woman to have full access to those rooms and the women in them. Are you kidding?

In Frisco Texas, The Dallas Morning News reported that one of many such episodes taking place with this new enforced insanity in Target Stores occurred this past Tuesday. A young man, even though dressed as a man simply told security that he was really a woman and waltzed right in. As can be seen in the photo, he is grasping the top of his pants where his camera is.

At 7 AM a young girl went into the women's changing room at the store in Texas when she suddenly felt uneasy, glanced up, and saw a man peering over the wall with a cellphone pointed at her. When he realized that he had been seen, he bolted. However a security camera caught him, providing the photo which is shown in this piece.

Up-the-skirt photos are a specialized fetish of the demented. Men in San Francisco have been arrested after being seen with cameras at the end of a stick which they lower down to film the underskirts of any woman walking by. In restrooms, they simply slip the camera through the space dividing the stalls to film and even video women on toilets. UGH! This is sick!

With Target's new law they don't even have to slip into women's toilets and changing rooms, they only have to say, "I feel like a woman today," and they are ushered right in.

Unfortunately, this problem is not only the videotaping and photos but there have been several more severe incidents in Target facilities including a little girl (9) being raped, and others molested all documented since that horrific idea was put in place by a so-called family store.

Obama, the first gay to occupy the Oval Office, totally, as expected, backs this perversion. Indeed, he has brought forth full government powers to force states like North Carolina, who voted against the LGBT Bathroom Bill, to reverse that veto or, Obama threatened, all Federal Funding to that state will be cut off, and he is in the process of doing just that.

There are no RIGHTS involved here, no DISCRIMINATION involved. It should not even be an issue, and it wouldn't be in saner times. It is time for serious push-back on the "progressives," Democrat-Communists who are orchestrating this immorality on America and Obama himself who is very much behind this 'change in America," which, of course, he DID promise.

We would really prefer not to have to say this, but....we told you so, the moment this insane 'entitlement" issue was made public.