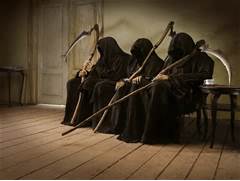 WASHINGTON, D.C. 5/15/16 – When Sarah Palin first spoke out against Obamacare, stating that it would result in death panels, the communist liberals were all over it, declaring that this idea was pure clatter spread by Republicans who are "filled with hysteria and conspiracy theories." Really?

This writer, with excellent D.C. resources, also wrote what Obama's intentions really were with his health plan. The democrats scoffed, trying to throw Americans off the scent of gulag type control and evil with which they plan to enslave the population in general.

Once again, this column is compelled to say, we told you so! Obama has just declared that there must now be cuts in Medicare. Hospitals should cut back on treatment for seniors to save money. According to journalist Betsy McCaughey writing for AOL,"those hospitals were instructed to skimp on senior care."

The carrot on the stick was that by so doing so, they will scoop up some bonuses by skimping on care for retirees and the elderly. This includes older veterans who do not receive a pension.

You read this right. The hospitals that spend the least per senior, receives a bonus, or bonuses from Obama. To make the Democrat/Communists' agenda clear, they will rob Grandma and Grandpa to pay for new entitlements for young people while being assured that they vote the 'proper' way. This is fact. 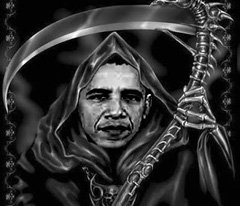 As a result, at this moment, hundreds of hospitals are now skimping on care to win those bonuses. People no longer of use to the government are denied antibiotics or other treatments they desperately need. They are dying from pneumonia, heart attacks and heart failure at higher rates than patients in other hospitals that do provide the proper care.

News of the increasing deaths at thrifty (low spending) hospitals are being reported in Health Affairs. Donald Trump in D.C. it seems, is the only one to pledge NOT to cut Medicare. Ryan and Republican members of Congress want to keep the cuts to essential services for senior citizens. This is NOT acceptable. This again shows why Donald Trump is a favorite of voters. They are fed up with the current system.

But wait! Didn't Obama promise that cutting Medicare would not hurt seniors? Yep. He also said that if you liked your health care you can keep it and if you like your doctor, you can keep him or her.

When Medicare was enacted in 1965, the law barred the government from interfering in how doctors treated patients. Obama, in the role of king, has turned that law into a liquidation process of people of no further use to him.

The Archives of Internal Medicine, according to Ms. McCaughey, recorded rising deaths at low-spending hospitals. Now sit down! The latest count shows that 17,822 seniors died in the last four years in the lowest-spending hospitals in California alone, and they would have survived with more care. If all the hospitals in the nation were audited that number would go through the roof. Death Panels are an accurate description.

Not only has Obama dictated the amount of care a patient can receive (under his plan), but he has also overhauled how Medicare pays doctors and hospitals. Now he's telling how much doctors should earn for their skills. Meanwhile, patients get fewer tests, see fewer specialists, and go directly home from the hospital without recuperating at rehab.

The Republicans, many who have trashed Trump, knowing he will upset the status quo, are shooting every missile in his direction hoping to stop him, knowing that he will totally clean house of these power hungry politicians who want things only for themselves, not the people they are sworn to serve. They have absolutely no concern for the rank and file citizens. For this reason Trump is gaining more and more support.

I did a much earlier story on the 'death panels,' on May 6, 2013, which democrats tried to silence. It can be found at this link: http://www.renewamerica.com/columns/miles/130506 Take a look at it and check out the other links provided in that story which are important.

READERS: Please pay close attention to my stories. They come to me from the best sources a writer could have. We just read on an internet news site where the Congress has begun preparing for impeachment proceedings against Obama. If so, it is about time. However it would be better to simply charge him with treason, malfeasance and derelict of duty and ESCORT him out of the Oval Office.

It is up to us to flood the House Speaker and congressional leaders with mail, emails and phone calls to insist upon this. This way none of the laws and actions Obama has taken will have any validity and can be taken down. To impeach him serves to validate him as President of The United States, which he is NOT. He was never even qualified to run for office. He was PUT there by George Soros and his henchmen. It was a silent coup d'etat.

Here is another FACT to encourage action be taken now. Obama plans to have a crisis as we approach November and to use that to execute an Executive Order to declare himself President for Life. This is why the action suggested should not be delayed. Please don't have me write another story in November headed; "See, told you so."

We acknowledge and offer our sincere thanks to Journalist Betsy McCaughey who broke the initial story and provided stats.