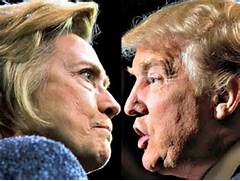 If one is in a health crisis and knows of a doctor who is a specialist and can successfully implement the procedures necessary to save your life, would you even care if he had any kind of personal indiscretion in his or her life, or maybe has been heard to say things that sound offensive to some?

Not really, since this is a life or death situation and this doctor may be the only one who can bring the healing necessary to keep you going with a renewed quality of life. You would have good reason to have faith in this doctor even if his personality stinks. You would only want someone who could carry out the task asked of him or her. The results are the important issue, not personality traits.

You would not buy a cheap ladder that could give way when you are on top of it nor ride in a rickety aircraft. You would only hire a plumber, carpenter, electrician or gardener who can successfully tackle any problem areas and fix them, even though you do not know what their home life is like or how he speaks to others. The only thing that really counts is the results they produce.

Hillary and the rabid democrats have poked and probed to find something, anything,that would, in their minds, diminish Trumps' integrity with the voters. His income tax forms were legitimately filed, he did nothing wrong, yet the Hillary Cartel have orchestrated this to proclaim that this billionaire pays no taxes while everyone else sweats it out to pay their share. This is verbal judo, to take the original content and turn it into something else. That, unfortunately, is politics.

Like the doctor who steps in when you are faced with a life or death conclusion and whose skill saved you, this election is a life or death moment that will determine if America lives, or dies. It does not matter if one of the candidates is boisterous, showing passion about what this country has become and what must be done to save it. And too, these days almost every spoken word is offensive to someone, so let's back off a bit and THINK.

Many of those who dislike both candidates, based upon manipulated and inflated info about them instead of paying attention to what they are actually saying and checking back to see how those ideas have worked in the past, have instead proclaimed that they will NOT vote, period.

This is sad and stupid. This non-action would greatly assist in the victory of George Soros and the Communist Party who, at last, will see America become part of The One World Order under Communist rule. That has been the goal all along. Obama, who was NOT Voted in but PLACED in The Oval Office by deception, was the Manchurian Candidate to pull this off specifically to destroy America and usher in her collapse.

Americans, it is your choice. To not vote is to pull the switch for your own execution. Please do not be swayed by skillful rhetoric but consider the professional backgrounds of both candidates and then, think what you are doing. This, dear readers, is it, our last chance to survive. In my early days.I spent time behind the Iron Curtain and know what that's like. Believe me, you do NOT want that kind of life.