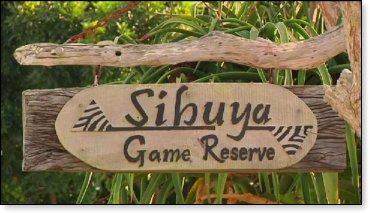 SIBUYA GAME RESERVE South Africa 7/5/18. Karma can be a female dog – (the advanced version of that identification has been rejected since we have high level readers).

Have you noticed this? Some days, everything seems to go great and you are graced with untold favors, probably because you did something good for someone. Other days go horribly wrong with everything going the opposite of what you had hoped for. So who did you hurt today? Worth thinking about.

This phenomenon is known in Buddhist circles as, KARMA, or, what goes around comes around. Now don't rush to your keyboards to scream that I have now gone Buddhist or Hindu. I have not embraced 'new age.' However I did study "other religions" in seminary.

If you were to have walked into the protected but closed African wildlife grounds on Tuesday, as darkness began covering the land, you would have found a spooky area with a human head on the ground along with various human body parts and no doubt pools of blood along with hunting rifles, axes, enough food to last for several days and three pairs of shoes.

This would have indicated that there were three on this mission. There may have been more since there was thick brush around the area.

This scattering of bones, arms, legs and a head was all that was left of a group of poachers, who had come to violently kill rhinos for their horns, which supposedly, when ground up, perform as a fast acting aphrodisiac, which is hoax medicine-man garbage.

They skillfully made their ways around the closed gate of the park without detection, to sneak their way to the rhinos. However they were met by a surprise committee, a pride of lions who had not had supper. The lions pounced on them and yes ate them. One could experience severe indigestion just thinking about that.

Family members were found, notified and came to identify the remains of the poachers the next day. One had only a head left but identification was made.

Fortunately the massacre was stopped in that wild game park. And again, the reason those low life poachers want to brutally amputate a rhino's horn is...now get this....sex. Yes SEX. Tribesmen have been hoodwinked into believing that grinding up a rhino's horn and putting it into a drink, will make men sturdier (no explanation necessary) and make them King of the Sex Pad. This is the sole reason the horn is sought after...based on a fable.

So that is the ONLY reason these poachers kill a rhino for its horn, thinking by doing such a horrible deed, they can have a better sex life. Why can't some caring soul simply buy crates of Viagra to send over there? It would be much cheaper and no precious lives would be lost.

It seems that sex is the greatest motivation for the most dastardly deeds performed to satisfy a lust. The sex crazed individual does not care who he hurts, what he hurts, even who he kills or what he kills. He is so driven by lust that he could be certified as clinically insane.

Both Rhinos and Elephants are specifically targeted but for different reasons. One for lust, the other for prestigious art objects.

There is no ivory in a rhino's horn. The rhino horns are useless for artistic figures. Their murders for those horns are strictly to enhance sex, so the buyers mistakenly believe. How downright stupid! A deranged stupidity at that.

Yes, the use of ivory for artistic items that people admire is why so many elephants are killed. In only a very few years, the entire elephant population will be wiped out, never to be seen again UNLESS we take serious action to stop the slaughter. A slaughter for greed. The suffering these gentle beasts endure in order to feed the egos of unbalanced people who only wish that their belongings be admired. This must be stopped.

Some of the elephants are still conscious when these savages saw off their tusks. It would be like having your teeth drilled without Novocaine. It is a violent death for each elephant.

This writer managed to work with a Senator to craft and present a petition on the floor to make the import and export of ivory illegal. That bill was presented before congress and passed, not only in the U.S. but in The United Kingdom.

There is a well known quote, "Pride goes before the fall." Interesting that these poaching misfits are driven by PRIDE. They have developed human pride as "great hunters." And ironically, it was a PRIDE of lions that took down these savages and had them for supper. And it is pride of possession that people want expensive artistic items in their homes for all to see, items made of ivory.

People, just get over yourselves and live life. God created our lives and the lives of all creatures on purpose for a purpose. Life should be celebrated and ALL creatures MUST be treated humanely. Never should anyone cause anyone or anything to suffer.

Our sincere thanks to syndicated columnist, radio host and on camera personality on the D.James Kennedy ministries on TBN, Mr. Jerry Newcombe for alerting us to this story.