Rev. Austin Miles
Is the New One World leader here? 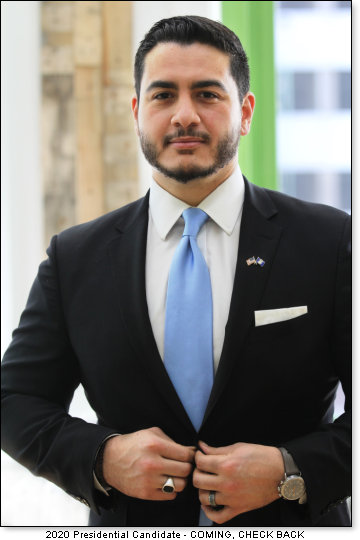 Remember when a sudden new leader was thrust upon the world even though nothing was known about him? No information about him came forth: birth records, school records, academic records were "not available." And they got away with not providing any records or papers on a man named Obama.

Soros' biggest selling point was that Obama was black. The only thing about him that was known, and exploited was his name, Barach Hussein Obama. Didn't the public know that was a Muslim name? But they didn't care. Somebody else would take care of everything.

George Soros did a masterful job of keeping Obama's birthplace secret since a presidential candidate is required to have been born in the United States.

Great effort was taken to hide the fact that Obama was born in Kenya. I checked the Kenya newspaper archives where celebratory stories proudly proclaimed that "Barach Hussein Obama who was born and raised here in Kenya, one of us, has been appointed as Illinois Senator of The United States." To prove Obama was one of them, they included his Kenya birth certificate, which I saw. Yet the Soros Communists managed to duck that fact.

Plenty of George Soros money was invested into this black man who was pushed into the United States Senate. Lots of money can make things happen.

Obama was to become President of the United States under the sponsorship of George Soros and the Communist Party USA (CPUSA), the greatest hoax ever perpetrated upon the world. His job was to wreck the U.S.A. from the inside and turn it into a Communist dictatorship.

Masterfully crafting his hoax, George Soros started a publicity campaign which got a lot of press, since Soros owns most of the media in America. Voting Obama into office was an excellent way, Soros proclaimed, for America to sooth its conscious of its mistreatment of blacks in America and making them slaves.

Obama failed to pull off his assignment. I believe that God Himself stopped him.

And I believe that God Himself put it on the hearts of all Christians, over 62 million of them, to vote Donald Trump in as President of the United States. He is the only one who could straighten up the mess Obama left behind.

So we managed to dodge that bullet. Obama left a lot of damage to our country, but left thinking he was still president and bought an elaborate mansion within walking distance to The White House. Even so, he did not accomplish what he had been assigned.

However, we now have a second part of this story, as the completion of the first story did not happen as planned.

Many readers slept as the Obama debacle unfolded. They could not be bothered. Now be advised that YOU HAVE BEEN WARNED! A new one is on the horizon.

His name is: Abdul El-Sayed. He too is being groomed by George Soros. He has been hand-picked by the Left to be their next "champion" of Hope and Change. Haven't we heard this before?

He is 32 years old, born in the USA, and an extremely well educated Muslim Doctor in Detroit, Michigan. His education was funded by Soros. He is handsome, articulate, charismatic and....SMART.

He is sympathetic of the Muslim Brotherhood and is running for Governor of Michigan. Which is Step 1 in his preparation to run for President of the United States. He has the potential to be Obama #2, but more openly Muslim.

Abdulrahman Mohamed El-Sayed is an American physician, epidemiologist, public health advocate, and politician. He has announced his candidacy for Governor of Michigan, running as a Democrat.

He attempted this gubernatorial run before but was defeated by alert citizens voting wisely. But he and his sponsors, including Soros and Communist Party U.S.A. will think of other means of crouching under the pole during an elaborate dance. A dance that must be stopped before the music begins.

Here are the stats:

In 2020 he will be eligible to run for President!

Democrats' mouths are watering in anticipation and raising money. Elizabeth "Pocahontas" Warren is already campaigning for him.

Another Trojan Horse? Al Jazeera, which is widely read by Michigan's large Muslim population, is doing its best to help Soros make him "YOUR" president in 2020!

Do not let this happen again.