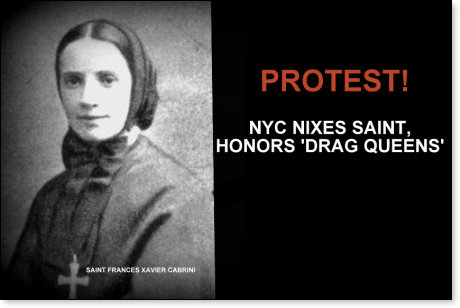 The times are-a- gettin' crazier as a once successful country insists upon committing suicide. Before our country was born, there were Communist rulers in the world who concluded that [if] one can take away a people's history or any trace of it, conquest would come easier. That was number one in the rulebook.

We are now in an age where communication can be sent and received around the world in seconds. Technology has progressed to dizzying degrees and inventions over the years have come up with incredible gadgets, tools and things to build a futuristic life. We can now get a car that can drive itself.

Over the years, knowledge has indeed increased, exactly as the Bible foretold, producing geniuses in various fields; science, philosophy and physics. Yet they are dumbbells in common sense, which the world has rapidly discovered.

Recently, the statue of Robert E. Lee, erected in the Robert E. Lee Park in Richmond, Virginia, as well as many other locations with his likeness in the U.S. was torn down and taken away. The new wave protesters stated that he was a 'confederate' during a time of slavery. Other statues of historic people such as J. Stonewall Jackson, Jefferson Davis, Justice Roger Taney who decided the Dredd Scott case, along with John Breckenridge, who was once the 14th Vice President of the United States. An Army Camp was named after him in his home state of Kentucky. The rampage grew with statues being destroyed in 30 states. However, as you know, they are all racists, haters, and white supremacists dontcha know.

Other statues began to be pulled down, some replaced with a statue of a black person which seems to be the goal.. So statues of historical persons is verobotten, but the latest is the promotion to replace and post permanent statues of blacks, and, now get this, transgender and LGBT heroes. Yes, you read that right.

I suddenly began receiving a newsletter titled: RETURN TO ORDER, a Catholic organization concerned with our moral condition which would not pass God's examination. The latest issue that came to me had this story:

Chirlane McCray, the wife of New York Mayor Di Blasio, will be honoring abortionists and transvestites with monuments throughout New York City, even though Saint Frances Cabrini won the "She Built NYC" poll. According to reports: "Charline [sic] McCray, the mayor's wife, launched a 'She Built NYC' program and invited the public to vote on the names of women they want the city to recognize with a statue. Mother Cabrini [a saint] got more votes than any other woman (219), yet McCray's panel rejected the public's choice.... Instead, they selected abortion rights activist Dr. Helen Rodriguez Trias and drag queens Sylvia Rivera [Jose Rivera] and Marsha P. Johnson [Malcolm Michaels, Jr.]..."

On June 18, 2018, In Richmond, Virginia, the JEB Stuart Elementary School, named for a confederate general, was changed to Barack Obama Elementary School. Yes, change all white historical figures to black ones.

There are so many protest groups today it is hard to know which is witch. (not a typo) With communist agitation conducted by George Soros, a war has broken out between whites and blacks. The blacks are under the impression that they are owed "reparations," meaning a regular generous paycheck each week from whites, along with housing, food, medical, schooling including college since they were treated so badly by white folks.. They are using slavery as the hook to hang their demands on. The slavery issue took place over 250 years ago so no one today had anything to do with it. But they are owed by white people.

For more information on the N.Y. Mayor's wife and her statements, as well as more on the statue destruction, click links below.

https://www.foxnews.com/us/which-confederate-statues-were-removed-a-running-list – statues torn down many replaced with black person statue.

People, please let us be kinder to every living and breathing creature, both four legged and two legged ones. That could do wonders for a more peaceful world.