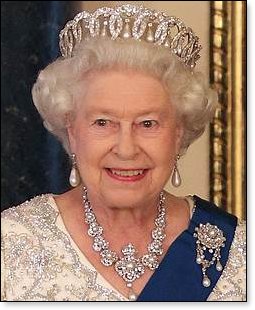 Queen Elizabeth is everything a Queen should be. She is poised, a gentle woman who cares for the people she rules, and is still very attractive. This columnist remembers when she first became Queen. Every Arena in Canada paid a photo tribute to this new Queen with their National Anthem which could be seen every time I appeared there. Those photos immediately instilled respect if not an actual crush on the new monarch.

Last week it was announced that Queen Elizabeth was going fur-free, meaning that she will no longer wear any clothing or outerwear for warmth made from actual animal fur. CHEERS!

Most people have given no thought to the intense cruel suffering an animal goes through to provide that fur. Animals including minks, fox, wolves, bears, rabbits, chinchillas and DOGS are the unwilling suppliers to merchants who make a fortune with the severe sacrifices these living, breathing animals are forced to give.

Readers, this is the most difficult piece I've ever written and I will not sleep tonight as a result. So brace yourselves as you see the greedy truth of fashion. Then get on board to help us protect animals.

Let us begin with dog fur. Dogs are the greatest friends we have. The ones with the right color fur are snatched from a kennel, back yard or on the street by smugglers to deliver them to the murderers. The dogs are yanked up by their back legs and hung from a rafter, then the killers come with a knife and slice the fur from their bodies while the dogs SCREAM. Yes SCREAM. After the fur is obtained, the dogs are cut down, tossed in a bin as the next dog is brought to the profit-driven executioner.

What is really sad, the dogs in line still look for the good in everyone and as the executioner comes to take it, weakly wags its tail. The dog is the only creature in the world who has unconditional love for people.

It is the very same horror with each animal variety that is grabbed, tied up and yanked up by its back legs to dangle and kick in space as the executioner comes with his razor sharp knife.

There is another "queen" out there, at least she calls herself that and goes by that title, and that is Lady Gaga, the Pop "Star." She appeared at a Premier in New York and several spectators called her out on her fur coat. Now get this......one yelled out how an animal suffers for that fashion piece to be made. Her response: "Look, it makes me beautiful so that is all that counts." I kid you not. Problem is, the real fur did NOT accomplish that desire.

This piece of work does not care what cruel suffering was employed, so severe as to cause an innocent animal to scream in order to make her look good.

One BILLION beautiful animals are killed each year for their fur. Seventy million Chinchillas in France alone are slaughtered so cruelly as to enrich merchants. And by the way, articles written will say the animals are killed first, then skinned. THIS IS A LIE!! The cruel fate of the animals is exactly as detailed above. This is why the Bible says that 'The Root of all Evil is the love of Money.'

Queen Elizabeth will no longer perform her royal duties in luxury coats, hats, scarves and wraps made from real fur. The announcement from Buckingham Palace stated, "From now on, Queen Elizabeth is "going faux." The fake fur looks real and is warm. She has now made an announcement to the British Government to follow her example and make the UK the first country in the world to ban the sale of animal fur.

However, China, who is the ultimate merchandise factory, announced that real fur from fox and rabbit is still imported from, yes, China! This is no wonder since their quest to make all the money they can with cheap souvenirs and imitations do not care who, or what, they sell. The ONLY goal is to make money at the expense of others. Pity.

We thank London for sharing the Ultimate Queen with the world, one whom we all can respect and love.

Rev. Austin Miles is the author of the popular book, Animals in Heaven-What the Bible Says About Animals and Heaven. Available on AMAZON. 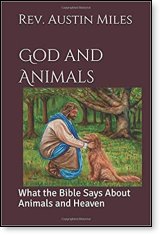