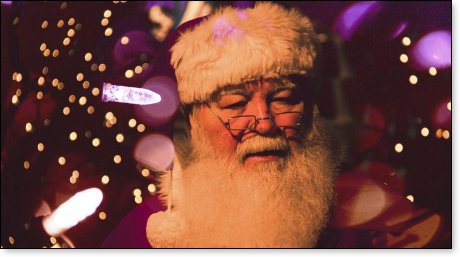 We never know what is coming in on our press hotline. Today provided a real corker. This writer was so mad that it was necessary to go out and find a layman who could provide appropriate language to express feelings on this totally insane idea. I would be restricted from full expression because I am....ahhh..never mind...pour an extra cup of coffee, and sit down in a comfortable chair before reading this. Have your husband or wife or grown kids stand close by in case they have to pick you up off the floor after being exposed to the latest outrage coming from the Left. Just when we wonder that the Left will do next, we find out.

The Demoncrats in their partnership with the LGBTQF gang, with nothing better to do than to cause havoc throughout society have pulled out their most ambitious project. Okay...I'm stalling since this is almost too painful to write. But gotta do it.

Both of these misfit organizations are now banding together to force all department stores, newspapers, TV, and movies to have a Gender Neutral Santa Clause...a trans-Santa who will swish into people's living rooms? Yep, that's what is being put together as this is being typed. If milk and cookies are there and gone the next morning, whatever you do, do NOT drink out of that same glass and toss away any dish used for serving.

Hopefully Rudolph will not go along with this latest scheme or even take part in pulling Santa's sleigh. This is an outrage! If Rudolph DOES cave in to the freak demands now being put together, he will no longer be Rudolph the Red Nosed Reindeer but Rudolph the BROWN nosed reindeer. What a pity this would be. However he would not be lonesome or even different since every Democrat in the nation will have the same color nose. At least Rudolph will no longer be teased for having a red nose.

The Communist Party Demrats have decided to alter the Christmas Season, which ushers in one of the holiest days on the calendar to celebrate the birth of our Savior, Jesus Christ. Suddenly it makes sense. This is not only about slamming Santa Claus, but the most important man in history, Jesus. This is blasphemy which should not surprise us since the Dems have declared open war on the churches, which are not tolerated under Communist control.

Those dems who do attend a church, attend the Catholic Church where they can simply mimic the movements of the worshippers and look holy. Pity. One brave San Francisco Priest did refuse to give Nancy Pelosi Communion which we applaud loudly. How dare this certifiable woman stain the most sacred ordinance of the church! Democrats would not have fared well during the inquisition. Perhaps maybe....no...naw, forget it.

The daffy dems have decided that it is time to make a change of Santa Claus since a few people have a strange idea of what social justice is supposed to be, meaning change everything for the liking of the few. The Democrat thinking is regurgetably amazing since their common sense was never a part of their creation. Actually, 'hatched' is a better description.

An organization known as "GraphicSprings," decided to take a poll on this nonsense. Four Hundred respondents from the U.K. and the U.S. weighed in with their opinions, which is a dangerous thing to do on any matter. Even so it is becoming more difficult to simply ignore the nuttiness going on in our country. Most times threats and pressure is applied to make certain the ghouls goals will be met.

And too many people will cave in when we should stand firmly before them, nose to nose and toes to toes and firmly say 'NO."

Wonder what Mrs. Claus would have to say about this? There is a rumor that there is a side movement to have a BOY become the tooth fairy. Well, at least the title would be correct. And isn't it interesting that the demrats have a jackass as their symbol while Republicans have the mighty noble elephant as their icon? Yep, some things are confusing while others are not.