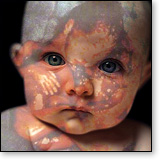 First, I'd like to congratulate you for speaking out against Fr. Jenkins' outrageous decision to invite the prolifically pro-abortion president, Barack Obama, to give the commencement speech at Notre Dame, as well as your work with the NDResponse students to arrange a pro-life Mass and (hopefully) massive campus pro-life protest during the festivities. Please know, Bishop, that while I would not personally agree to the part about "no graphic images are to be used during the demonstration," I would never underestimate the power of prayer, and I'm always happy to see it visibly present in the face of undeniable evil. Still, in the face of such abominable disobedience to both yourself and the Church, I think that you know in your heart of hearts that one thing more is required of you.

For on the surface, Bishop D'Arcy, you seem almost as upset with the actions of the "activist" pro-lifers (led by the relentless Randall Terry) as with Jenkins' "crass act" and junky justification of it. As an Irishman, I can certainly see how Terry's comparing your mild Good Friday letter in support of Jenkins to St. Peter's Good Friday denial(s) of Christ would get your dander up. However, by denying Terry his right to visible (if alarming) protests, you are unwittingly throwing your lot in with snitty, politically-correct, pro-life writers like Jill Stanek, who sneered, "I don't like the dolls and fake blood business ... [and] getting arrested ... is so 1990s." Well, Jill, then what is fine for 2009? "Battle of the Pro-Life Bloggers?" "Bishop Trivia?" ("For ten points and four fifty-yard seats to the Notre Dame-Southern Cal game, name 15 of the 65 bishops who criticized Fr. Jenkins for his 2009 commencement invitation of President Obama to ND! And, for 20 bonus points  and a date with the captain of the Trojan cheerleaders  name two bishops who supported Jenkins' move ...") And so, while Randall's inflammatory rhetoric, which included the zinger "D'Arcy has stepped beyond his canonical authority by urging the faithful to abandon the babies  and thereby abandon Christ ..." might initially have you agreeing with Stanek that "I frankly wish Randall Terry would go away," it's difficult for me to disagree with pro-life organizers like Mary Lewis, who claimed, "Randall's letter shamed D'Arcy" into finally firing off a fiery letter of your own  to Jenkins. In it, Bishop D'Arcy, you rightly warned the wayward ND president of Our Lady's University to "withdraw your erroneous talking points," [and] "heal the terrible breach which has taken place between the Church and Notre Dame ... through prayer and action." But, if Jenkins fails to act, what will you (who pledged "I will do my part") do?

Sure, you can pray that when the band plays and the students sing "Shake Down the Thunder" as Obama enters the stage to shake hands with Jenkins, the Lord takes this opportunity to take the words literally, and splits open the roof (and the two presidents) with a righteous lightning bolt. Or, you can hope the pope issues an eleventh-hour order of excommunication of Jenkins if he allows Obama to speak. However, unless this May 17th is indeed the end times, God does not usually make such an intrusion into our free will, and with Rome's once orthodox newspaper L'Osservatore Romano now making incredible statements supporting some abortions or claiming Obama's policies are "in support of motherhood," it appears that Benedict has enough problems of his own at home. No, Bishop, this issue with Jenkins is your "baby" (or your bloody fetus as the case may be) and your time of decision is drawing near.

And, just as I cannot discipline my children solely with words, history shows you cannot correct such a substantial division only with prayer. True, Mother Teresa's Sick and Suffering Servants' constant prayer for the mission of the Missionaries of Charity was a key to their success, but they would not have transformed the lives of so many poor without Mother and the healthy sisters takin' Christ to the streets. Similarly, Pope St. Pius V (who according to legend held out his hands in blessing during the entire battle) and thousands of devout rosary reciters deserve much credit for the great Catholic naval victory at Lepanto in 1571, so do General Don Juan and his heroic underdog forces who turned the infidel Turks away from the Eternal City. And finally, while prayer probably played no greater part in any Fighting Irish victory (where literally thousands of Irish fans wrote the University afterwards, each claiming their rosary did the trick) than Notre Dame's 1935 come-from-behind, two-touchdowns-in-two-minutes victory over Ohio State, Bill Shakespeare still had to throw that last second pass, and Wayne Millner still had to catch it, for it to become "The Game of the Century."

In reality, Bishop D'Arcy, you have many positive options, several of which would be decisive. If Jenkins refuses his one last chance to disinvite the president, you could take away the Catholic charter of Notre Dame. And while that would certainly send a message, it would also have a disheartening effect on the many faithful students and faculty, as well as the subway alumni who worship at the Basilica or the Grotto. Actually, this seems more like a high noon showdown between you and Jenkins, where the rebel reverend must be either excommunicated or laicized (the more likely choice, since his disobedience does not involve dogma) to be stopped.

In this classic chess match between good and evil, Jenkins has made the bold first move, and you too must be bold, utilizing more than pawns to counter. Otherwise, you, the Bishop, will soon be blocked in, and the Queen (Notre Dame) will easily be captured. With Her gone, the King (Our Lord) will soon be removed, and while He will surely someday return, you can only imagine the pain it will cause Christ to be discarded at a place once dedicated to His Mother.

As my final plea, your Excellency, I leave you with the words of Notre Dame graduate Lacy Dodd, who ten years ago, pregnant and abandoned by her ND boyfriend who urged her to abort their baby, sat through her disillusioning doctor's appointment before returning to the Grotto and making the right decision. "Father John Jenkins ... Who draws support from your decision to honor President Obama  the young, pregnant Notre Dame woman sitting in that graduating class who wants desperately to keep her baby, or the Notre Dame man who believes that the Catholic teaching on the intrinsic evil of abortion is just dining-room talk?"

It's your move, Bishop. We are all praying that you make the right one.