Victor Sharpe
Has a free press, basis of American democracy for 250 years, disappeared?
Mr. President: If you win, don't abide the swamp. Drain it! 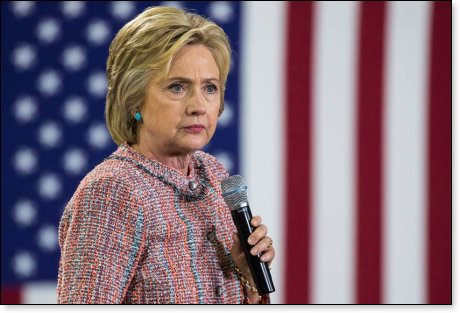 Last August, 2020 Hillary told Biden to not concede the election under any circumstances

The warning has been expressed for some time that if President Trump is successful in becoming our 45th president by beating back the socialist onslaught, or what passes now as the Democrat Party, the same Democrat Socialists will not accept the will of the people. After all, the deplorable Hillary, whose catalog of malfeasance is legendary, also told Joe Biden that he should never concede if Trump is declared the winner of the 2020 election.

Democrats and even some renegade Republicans have had their claws deep into our duly elected President Trump with the malign purpose of bringing him down. No U.S. president has suffered such relentless hatred and demonization or endured such character assassination since even before he was elected back in 2016. At that time the ultimate aim was to overturn President Trump's election victory over Hillary Clinton and usher in a pervasive, debilitating socialist and statist regime in America. Now it continues in 2020 with increased Democrat insanity and in the manic hope of finally driving President Trump from office.

I remember in 2017 when a friend and journalist, who lived in Charlottesville, called me and pointed out that Virginia's Democrat governor, Terry McAuliffe, had much to answer for with respect to the violence that had just ensued in Charlottesville. What he saw emerging in that city was the violent wing of the unholy alliance which exists in tandem to this day with "the swamp." Certainly, eyewitnesses and reporters agreed that while the violence was instigated by neo-Nazis, it was met with bloody counterattacks by left-wingers and black-shirted Antifa anarchists wearing masks. Indeed, Antifa rioters came armed with pepper spray, bricks, clubs, and worse.

At the time, the most compelling question my friend asked was this: "Does the Democrat governor and mayor's failure to secure the streets make them morally or legally responsible?" As we know the same question has been raised of Portlands Democrat mayor, Ted Wheeler, who made the police stand down in face of Antifa and Black Lives Matter goons as they torched down-town businesses.

McAuliffe had allegedly claimed that what he called white nationalists, who streamed into Charlottesville that weekend, hid weapons throughout the town. "They had battering rams and we had picked up different weapons that they had stashed around the city," McAuliffe reportedly said in an interview on the Save the People" podcast, hosted by Black Lives Matter activist, DeRay McKesson. However, the police strongly disputed the governor's statement and emphatically said that no such weapons were ever found.

The bottom line in all this was that the leftist rally was not remotely peaceful. It had, at best, sizable contingents of violent people. There was plenty of leftist violence that day. And the mainstream media, which glamorized Antifa, bore its share of the blame for the resulting outcome.

My friend from Charlottesville added this salient point about many of the leftwing rioters who came to his city on that fateful day: "You can't go into an airport or government building with weapons, but it was OK to enter the city center in a demo with other weapons!"

It was suggested that an FBI civil rights probe should have investigated the culpability of both Democrat governor McAuliffe and Democrat Charlottesville leaders in allegedly fomenting an increased climate of hatred so as to then falsely blame President Trump. Predictably, no such probe ever took place and till today the Democrats endlessly repeat the false charge that President Trump said of the rioters, there were good people on both sides. That was, and still is, a favorite but baseless charge spewed by the Left.

Dinesh D'Souza's book, The Big Lie: Exposing the Nazi Links of the American Left, demonstrates that ideologically and historically, racism, fascism, and Nazism are in fact left-wing phenomena. Indeed, what happened at Charlottesville was an outright gift to the left and to the fake media. DSouza added:

At this time of writing with less than two weeks away from the general election, Joe Biden is spending most of his time in his basement. There are clearly problems with his cognitive abilities and his handlers know it. Meanwhile a potential and massive scandal is brewing over Bidens son, Hunter, who left tens of thousands of deeply compromising e-mails, videos, texts and photographs on laptops at a computer store which may implicate Joe Biden himself. But, of course, the mainstream fake media will hide news of anything negative that exposes the Bidens to public awareness or harms Joes election chances. 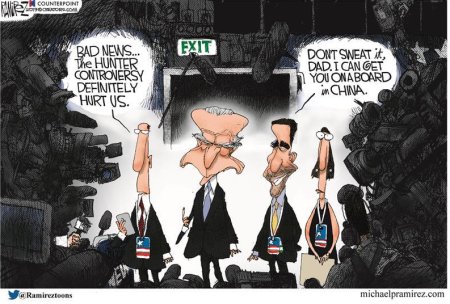 Even more outrageous and dangerous to our American way of life and to the First Amendment of the Constitution is the censorship of the news by the Democrat mandarins who control Twitter and Facebook and who censor conservative content. Tucker Carlson has written about the news of Hunter Bidens laptop, which first appeared in the New York Post:

The most powerful people in the world aligned to censor the news, to keep it from the population of the United States. Twitter prevented its users from sharing the story. So did Facebook. When Americans searched Google to read the New York Post story, many couldn't find it. Has the premise of a free press, the basis of American democracy for 250 years, just disappeared?

Hopefully, Donald J. Trump will overcome his loathsome detractors and win four more years with the help of the silent majority. I am confident that he will then take the opportunity to no longer abide the swamp, but drain it. But, if God forbid, the Democrats win then we are in for a veritable Hell on Earth.

Victor Sharpe is a prolific freelance writer and author of seven books including his acclaimed four volume work, Politicide, which details the 1,400 year old Islamic threats to Judeo-Christian civilization.