“While the United States may enjoy some fleeting battlefield successes, in the end we will win because Americans don’t realize that we do not need to defeat you militarily, we only need to fight enough for you to defeat yourself by quitting.” Khaled Sheikh Mohammed.

Mahatma Gandhi is quoted in his book, Gandhi: The Power of Pacifism, by Catherine Clement, as follows:

“While Hindus, Sikhs, Jews, Christians and Parsees, along with several million adherents of an animistic religion, all coexisted in relative harmony, one religion that would not accept compromise stood out from the rest: Islam.”

Gandhi was referring to his own experience as a Hindu during a lifetime in the Indian sub-continent, but the growth of Islamic triumphalism since Gandhi's death in January 1948 now poses an increasingly existential threat to the West, to Judeo-Christian civilization, as well as to Hindus, Buddhists, and members of other faiths.

The question repeatedly posed by the talking heads on the TV networks and cable television is how and why so many Muslims, young and old, who are living in the West and enjoying all the material and educational benefits bestowed upon them – are committing hideous acts of terror and perpetrating atrocities upon innocent civilians, even against their very own neighbors.

In New Zealand a Muslim immigrant and ‘ISIS-inspired’ terrorist was reportedly shot and killed by New Zealand police on Friday, September 3, 2021 after he stabbed six people at an Auckland supermarket. The man, a Sri Lankan national, began his frenzied attack upon six victims, three are said to be in critical condition, another in serious condition and two in moderate condition.

There have been so many atrocities committed in the name of Allah here in America. There was the Times Square bombing attempt on May 1, 2010 by Pakistan-born Faisal Shahzad and the 2009 Fort Hood massacre of unarmed members of the military by Major Nidal Hasan. So too, the attempt at terrorism by a Somali immigrant, Mohamed Osman Mohamud, who had come to America at the age of five with his family as a refugee from the hell that is Somalia, and who attempted to kill thousands during a Christmas tree-lighting ceremony in Portland, Oregon. Then there was the jihadis Syed Rizwan Farook and Tashfeen Malik who opened fire in San Bernadino, California, killing 14 people and wounding 17 others. And the list of such atrocities goes on and on.

Until the Chechen Muslim brothers succeeded in their massacre at the Boston Marathon, most terror attacks had been thwarted since that 9/11 Islamist destruction of the Twin Towers and part of the Pentagon by the 19 Saudi Arabian hijackers, in which some 3,000 people were murdered.

Earlier it was the baleful President Carter who undercut the Shah of Iran, admittedly an autocrat, but one who jailed and restricted the jihadists and Islamic groups and who was a supporter and ally of America. Just like President Obama, who equally undercut Egyptian President Hosni Mubarak, the subsequent void was quickly and gleefully filled by Islamic fundamentalists and the Muslim Brotherhood who imposed sharia law and raised the banner of Islamic supremacy.

With the shah's fall came the Ayatollah Khomeini from his exile in France, and almost immediately Carter's foolish act resulted in a seemingly endless and most definitely humiliating imprisonment of American Embassy staff in Tehran. Since then Iran has fed the flames of Islamic terror around the globe, arming, and funding terror organizations such as Hamas and Hezb'allah. Ayatollah Khomeini preached violence and sought to conquer "the lands of the infidel." By that he meant the United States, Israel, Christian European states, Britain, and all non-Muslim lands – in Arabic the Dar al-Harb (the House of War). And his followers throughout the Muslim and Arab world endorsed the legitimacy of jihad against what they call the "enemies of Islam."

The answer to those talking heads in the media who endlessly ask why so many Muslims commit such atrocities can be seen both in Koranic passages and in the sickening hate indoctrination of children found for example in the propaganda spewed by the so-called Palestinian Authority.

First, here are some of the grisly passages from the Koran:

"Kill the unbelievers wherever you find them." Koran 2:191

"Make war on the infidels living in your neighborhood." Koran 9:123

"When opportunity arises, kill the infidels wherever you catch them." Koran 9:5

"Any religion other than Islam is not acceptable." Koran 3:85

"Maim and crucify the infidels if they criticize Islam" Koran 5:33

"Muslims must not take the infidels as friends." Koran 3:28

"Terrorize and behead those who believe in scriptures other than the Qur'an." Koran 8:12

"Muslims must muster all weapons to terrorize the infidels." Koran 8:60

And there are the horrific Palestinian Arab broadcasts that sow hate among Arab children as young as three years of age, spawning yet another generation of Muslim terrorists and destroying all hope of any true and lasting peace towards the embattled State of Israel.

These messages of vitriol – aimed at the future generation of Arabs who call themselves Palestinians – not only serves to foster hatred and violence, but undermines the very essence of coexistence and peace. It poisons the minds of innocent young children instead of promoting mutual respect for one’s neighbor, which is a cornerstone for true peace.

In our politically correct world, members of the media and commentators often seek to distance Islam from so many acts of horrific violence, using terms of alleged distinction such as "radical Islam" or "moderate Islam" and so on. But let us reflect on the words of Turkish Muslim Prime Minister, Recep Tayyip Erdoğan.

In reply to the term "moderate Islam," which was apparently quoted to him by a Western journalist, Erdoğan said: "These descriptions are very ugly; it is offensive and an insult to our religion. There is no moderate or immoderate Islam. Islam is Islam, and that's it."

Recep Tayyip Erdogan, also bragged: “The mosques are our barracks, the domes our helmets, the minarets our bayonets and the faithful our soldiers.” Erdogan has also told Turkish immigrants in Germany that “assimilation is a crime against humanity.”

Certainly, attempting to constantly give, as liberals do, a free pass to Islamic abuses; to play down its violent ambitions of world conquest; to ignore the evident threat to Judeo-Christian civilization from sharia law and imposed dhimmitude merely encourages the violent tendencies of the followers of what was called by Winston Churchill, "an ideology wrapped in a religion."

The writer, Raymond Ibrahim, reminds us of the attempt by the Arabs, as they emerged from Arabia under their new banner of Islam, to conquer Christian Constantinople in the year 718. At that time they were repulsed, but they returned centuries later and on May 29, 1453 they finally conquered the city. I have pointed out in several of my published articles the same sobering fact that all in the West should take to heart that Islamic Jihad is deadly patient while relentlessly pursuing its malevolent desire for world conquest and to bring the world to Allah. As Raymond Ibrahim put it: “This relentless snake of war always bides its time, even by remaining coiled for many centuries, before striking.” 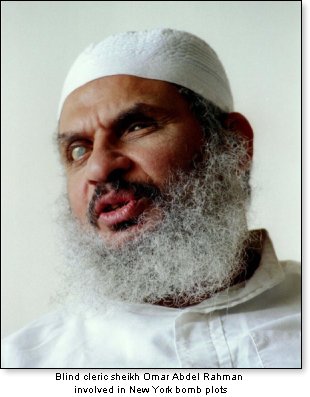 On August 15, the day Kabul fell, Taliban commander Muhammed Arif Mustafa told a journalist: “One day mujahedeen will have victory and Islamic law will come not just to Afghanistan, but all over the world. We are not in a hurry. We believe it will come one day. Jihad will not end until the last day.”

The mastermind of the 9/11 atrocity perpetrated against the United States, Khaled Sheikh Mohammed, once told his CIA interrogator words of consummate evil. He said:

“While the United States may enjoy some fleeting battlefield successes, in the end we will win because Americans don’t realize that we do not need to defeat you militarily, we only need to fight enough for you to defeat yourself by quitting.”

Giulio Meotti, an Italian journalist with Il Foglio, wrote that, “there is a political jihad, in which Islamists enter European parliaments to fight those countries from within.”

We see that occurring among the so-called Squad in the House of Representatives with Ilhan Omar and Rashida Tlaib poisoning that institution with their own examples of Islamic intolerance.

Meotti continued: “There is also the 'Hegira' jihad, the Jihad of immigration, which is another manifestation. The largest mosque in Europe is in Rome. And in the streets of France they burn churches and physically attack priests. All they do is strengthen Islam at the expense of other cultures. There is a verse from the Koran, 'Allah is with those who have patience."

Thanks to Biden’s shameful legacy, the vast territory known as Afghanistan has been given away to the murderous and brutal Taliban and is now a Sharia dominated Islamic land filled with Isis, Al Kaida and an increasingly myriad collection of violent Muslim terrorists, allied with anti-American states such as Iran.

On the coming twentieth anniversary of the destruction of the Twin Towers in New York on September 9, 2011, some believe we will expect Islamic celebrations of joy within the vast majority of mosques throughout Islam, the West and, alas, here in the United States of America.

China, Russia and Iran are beneficiaries of Joe Biden’s abject surrender. They’ve spent decades telling the world that America is a paper tiger and an unreliable ally. Biden tragically just proved them right. But don’t let us ignore the fact that in reality, this is also Barack Hussein Obama’s third term.

August 15, 2021 will now forever live in infamy as the date when, thanks to Joe Biden, his enablers and apparatchiks from the Obama regime, the Taliban reconquered Afghanistan.

Victor Sharpe is a freelance writer and author of seven published books including the four volumes of his epic work, Politicide.