Victor Sharpe
As Time Goes By 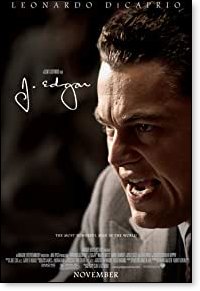 By one of life’s odd coincidences, I recently finished watching Clint Eastwood’s movie on the rise to power of J. Edgar Hoover when I came across a commentary, written by J. R. Nyquist in his blog titled The Time Traveler’s Lesson. It was of an imaginary interrogation by Hoover himself of a man taken into custody by the FBI claiming to be from the future and describing America in the year 2016.

Hoover, back in 1964, upon hearing the time traveler’s description exploded in outrage, finding the account the most egregious nonsense he had ever heard. No doubt, Hoover concluded, the man’s description of life in the United States 52 years hence was an unmitigated hoax or the man was certifiably insane. But what was it that the time traveler described and which so shocked J. Edgar Hoover?

America in the future would be led by a man with the partly Arabic name of Barack Hussein Obama who was mentored as a youth by a suspected Communist named Frank Marshall Davis.

The time traveler went on to explain that the leading social question of 2016 would be gay marriage. Hoover angrily asked if it was thought by some to be funny to play such a practical joke on the FBI?

Neither did Hoover credit the time traveler’s absurd claim that the national debt was to be more than $17 trillion in 2016, or that Venezuela and Nicaragua had been quietly taken over by Fidel Castro’s friends, that Zimbabwe, Angola, South Africa and the Congo were now in the hands of African Communists, or that North Korea possessed nuclear weapons. None of this was believable. None of it made any sense to someone living in 1964 during the Cold War.

When the time traveler finally reports that the United States is reduced to a state of manufacturing inferiority to Red China, there is an abrupt end to the interview. Hoover angrily exclaims,”What self-respecting American official in 1964 could possibly allow himself to be so insolently abused?”

J. R. Nyquist’s imaginary tale was indeed intriguing. But to be sure, how many of us alive today, who would have been told back in 1964 that socialism and communism would be viewed as acceptable by millions upon millions of Americans in 2016 or would have given any credence to what would seem then like so much arrant nonsense or horrific science fiction?

Who would have believed back in 1964, during the height of the Cold War and the nuclear standoff, that an American president 52 years hence would allow and even assist a fundamentalist Islamic Iranian regime and chief sponsor of worldwide terrorism to develop and manufacture nuclear weapons and the ballistic missiles to deliver them – and even reward them with millions of American taxpayers’ dollars? Such appeasement and degeneration of America’s moral standing as a world superpower would be unthinkable.

Who would believe that an American president would display such intolerable weakness in the face of horrifying slaughter on a grand scale occurring daily in Ukraine or in so many other parts of the world? Who would believe that an American president would go out of his way to embrace the worst thugdoms of the world while spurning America’s most devoted and loyal allies? And who would ever believe that Congress was so impotent and incapable of ending the tyranny of an imperial president blatantly disregarding the Constitution?

So fast forward to today, to the year 2022, and we see everything the time traveler would have said to J. Edgar Hoover has come true and that the world was now a dystopian place. Indeed, we now see how much worse and insane matters have become.

The accelerating dangers and threats to world peace come now as a direct response to America’s shrinking military, deliberately engineered first by the Obama Administration and now followed by the Biden regime. Couple this with the equally insane reality of America no longer the world’s greatest oil and gas producer having deliberately destroyed its own industry in the spurious belief that by ending fracking and drilling it is saving the planet from man-made global warming and climate change

We know that World War One and the Second World War both occurred because aggression by belligerents was not met with speedy and overwhelming force. Indeed, the peace that lasted for more than half a century after World War 2 was owing to American military might – now relentlessly dismantled by both presidents Obama and Biden and by their sycophants in the Democrat party. Biden’s foreign policy, just like his domestic policy, has become a clear and present danger to America’s survival.

And what of the mania that has enveloped society’s social attitudes and beliefs? In the Public School System today, students are no longer taught the history of the Cold War, or of how the Soviet Union was a clear example of the failures of Socialism and Communism. Instead, they are indoctrinated in large part to look upon them as ideals to emulate. Democrats deceive the gullible youth in the year 2022 with lies as they follow them like those fabled children did following the Pied Piper of Hamelin.

In the colleges today, or what Michael Savage famously called, “the colleges of lower learning,” outright censorship of free speech is the order of the day. Conservatives are prevented by fanatical students from speaking freely, which is the antithesis of what universities were meant to be. The rule of law is flouted unless it supports the leftwing collectivist agenda. America in the year 2022 has fallen prey to the likes of Antifa and Black Lives Matter hoodlums whose fascist violence mirror the tactics of the Nazi brutes who seized power in 1930s Germany.

Now “Woke” insanity disfigures society with transgenderism, climate change obsession, kneeling during the National Anthem, allowing abortion up to the very moment of birth and the tragic trashing of the United States Constitution. Much else and more is all here in 2022.

J. Edgar Hoover back in 1964 would naturally have dismissed such dire descriptions of life in America 50 or more years in the future. He would have noted in his files that such a ludicrous rant by a man claiming to be a time traveler was beyond all rational belief.

One wonders what would we think now in the year 2022 if someone came back in time from 50 years hence to tell us what life in America and the world is like in 2072?