Wes Vernon
The Ruling Class and the courts
Can the judiciary be truly independent? Or will "we the people" take charge?

As Angelo M. Codevilla writes in the American Spectator, "Unlike the Ruling Class, the Country Class [the great majority] does not share a single intellectual orthodoxy, set of tastes or ideal lifestyle.

Its different sectors draw their notions of human equality from different sources: Christians and Jews believe it is God's law. Libertarians assert it from Hobbesian and Darwinist bases."

The Ruling Class wants to force the Country Class to its ways. Dr. Codevilla  an international relations professor at Boston University  believes that "aggressive intolerant secularism is the moral and intellectual basis of the Ruling Class's claim to rule." To counteract that, he says, will require the Country Class to offer up "resistance to that rule," whether by rejecting "the immorality of [government granted] economic subsidies or privileges, or the violation of the principle of equal treatment."

Last week, we explored in this space one part of Codevilla's agenda for dealing with the problem: requiring that faceless bureaucrats in quasi-judicial and quasi-legislative federal agencies humble themselves before the voters  i.e., stand for election to their powerful positions. This week, we spotlight the second part of the professor's agenda: election of federal judges.

The Founding Fathers agonized over the issue, and in the end came down on the side of maintaining an independent judiciary. There was and still is much to be said for shielding judges from the heat or emotions of the moment. That way  or so the rationale goes  the judge is free to render an edict or opinion that comports with the Constitution, and also one that reflects the meaning of the law as the law's legislative sponsors intended.

That was the construct, and for about 150 years it worked, notwithstanding off-track exceptions such as the Dred Scott decision, effectively ratifying slavery, thereby setting the stage for the Civil War. Nowhere in the Constitution was slavery ever sanctioned. But such judicial abuse was rare.

Things started to fall apart when President Franklin D. Roosevelt  frustrated that the Supreme Court struck down a series of New Deal laws on the grounds that they violated the Constitution  presumed the right to rule like a king. His solution: Add enough additional court seats to create his majority.

FDR's court-packing scheme was roundly rejected by public opinion and Congressional opposition. But though the wily old rascal lost the battle, he won the war. The justices he castigated finally  one by one  retired. The only president to serve more than two terms got to fill their slots with justices (some of them political hacks) who were willing to bend the Constitution.

The consequence? Not long thereafter, the Constitution's commerce clause was interpreted to apply national quotas to wheat grown on one's own land for one's own consumption because the total of such local production and consumption was sufficiently large as to impact the goal of stabilizing prices. Thus a farmer could not grow a garden to feed himself and his own family because in so doing he was interfering with the interstate commerce that would go into the process of providing the food.

We may look at that today (and some did at the time) as an idea that borders on insanity, but the decision by the New Deal court laid the groundwork for an out-of-control judiciary that interprets the Constitution as authorizing such abominations as abortion, same-sex marriage, and maybe eventually socialized medicine.

Which brings us to today's Ruling Class

When you consider that the Senate recently confirmed to the Supreme Court Elena Kagan, who has said in so many words that the Constitution takes a back seat to her own vision of seat-of-the-pants remedies, perhaps it is time to re-visit the issue of electing federal judges.

I can see it now: Mr./Ms. Justice, you want my vote so you can do what? Tell me it's official that I can marry my frog? Get outta here! What? You want to tell those clowns at the FCC they can shut down Rush Limbaugh and Mark Levin because you think all programming you don't like is not "in the public interest"? To hell with you, Judge. I'm going to vote to shut you down! Or, you can't be serious. You say you're not satisfied that millions of kids have been killed in the womb, and that now you think infanticide is OK in a botched abortion? Well, you'll have to outlaw capital punishment then, because not only won't I vote for you, but I'll seek by legal means to have you sent to death row. What? You want to give government the right to harass me because I contributed to a candidate you don't like? Get lost!

Like FDR before him, President Obama has used the demagogue dictator's style of seeking to strong-arm the judicial branch when it stood in his way. In his State of the Union speech, the president lambasted the Supreme Court for certifying that, yes, we do have a First Amendment and, yes, it means freedom of political speech is for all Americans, not just for the president's thug buddies at ACORN, SEIU, the "New" Black Panthers, and others who seek to get their way through ballot box fraud and/or voter intimidation (the Ruling Class's tactics deployed when velvet glove persuasion fails). 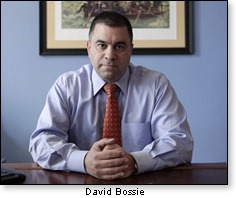 During his appearance at a recent breakfast, David Bossie  President and Chairman of Citizens United (whose free political speech rights were validated in the High Court decision so loathed by President Obama) affirmed to me that he would be ready to pounce and go back to court if Obama's thugs were to raid a theatre featuring one of his films to order that the showing be halted in the name of the law.

In his interview with this column, Angelo Codevilla says, "Once upon a time, you could suppose that a president could appoint judges who would interpret the law. This was a technical skill  these people might be friends of the president, etc.... But it was understood that their commitment was to the Constitution."

No longer. Today, the professor laments, there is "a whole school of thought that says, you know, words mean what we want them to mean. Well, since we've conceded the legitimacy of that, we might as well have these people who are aspiring to the court be asked by the electorate what do you mean? And have those answers satisfactory to at least a majority of the electorate."

Dr. Codevilla's proposal to submit powerful non-cabinet government agency decision-makers to the will of the voters is one thing.

Applying the same formula to judges presents additional problems. It would surely require a constitutional amendment  which means two-thirds of the Congress plus three-fourths of the states.

The upside: Whatever the outcome, it would involve a long-overdue national debate/focus on judicial over-reach.

The downside: Nagging doubts about sacrificing "judicial independence," even if it has been badly abused. Would we trade one set of problems for another? Either way, it's about politicians in black robes.

Dr. Codevilla performs a public service by putting the issue on the table. Anyone with better ideas for reining in the "Ruling Class" is, of course, cordially invited to share them.