December 9, 2010
Few outrages are so infuriating as a mainstream media blackout of relevant facts that pose threats to its agenda.

The most obvious Pravda-style see-no-evil going on right now is the refusal to use terms such as "Islamofascism," "radical Islam," "Islamist," or even "War on Terror," lest the public become aware of "politically incorrect" facts about the forces behind terror threats, suicide bombings, and mass murder plots. That's one example. Here's another case:

Since the latest barrage of leaked government cables by the WikiLeaks cyber-terrorist Julian Assange, the name of the Army PFC Bradley Manning is frequently cited as the original leaker of those thousands of diplomatic cables.

What is not generally mentioned: Manning was openly homosexual and a very disturbed man. He was in flagrant violation of the military's so-called "Don't Ask-Don't Tell" policy — which is supposed to mean if you're a gay in the military, keep it to yourself and no one will ask you one way or the other.

Elaine Donnelly of the Center for Military Readiness (CMR) says "Don't Ask-Don't Tell" (DADT) is actually a misnomer. Considering that its supposed purpose is to bar open homosexuals from serving in uniform, Manning's experience seems to validate Donnelly's assertion.

The 22-year old Manning made no secret of his sexual preferences. He cruised gay bars, appeared at gay events of various kinds, and was generally the proverbial "angry young man." That his decision to turn traitor to his country may have been partially motivated by DADT would be ironic, to say the least. The piece of paper on which the law was written obviously did not restrain him from being "who he is."

Complicating the young man's frustration was a recent relation break-up, a lecture from a former boyfriend, general disenchantment with the army — and he repeated the old gag about "military intelligence" as an "oxymoron [which by his actions, he seemed hell-bent on proving accurate]." Manning's postings expressed frustration with "people and society at large."

Manning's state of mind was first published by the British Telegraph, thus marking yet one more instance where Americans have had to rely on the Brit press to inform us as to what is going on in our own country.

Since then, our media iron curtain on the story has been pierced — but not broken down — by a few sources such as CNN, Cliff Kincaid (in both his ASI and AIM writings), and now Ann Coulter, with her signature Menken-like Peglerisms (younger readers can Google Menken and Pegler).

Manning is now in the "brig," awaiting court martial. If found guilty, here's hoping he gets no sympathy whatever from the sentencing magistrate.

Jeffrey Kuhner of the Edmund Burke Institute has written a Washington Times article calling for the outright assassination of Assange — the Australian founder of WikiLeaks who should be categorized as an enemy combatant. Assange in turn has said he's arranged it so that if anything happens to him, even more damaging cables and memos will go public.

As of this writing, he had been jailed in London fighting extradition to Sweden on rape/sexual assault allegations. But even in custody, his threat to inflict even more deadly damage — through associates — leaves him holding some cards — even behind bars.

Stateside, the question arises: How could the army have been so lackadaisical as to let this happen? The Telegraph informed us last July that Pentagon officials were "expected to study Mr. Manning's background to ascertain if they missed any warnings when he applied to join the U.S. Army." Duh! Let that quote be framed for the history books as the ultimate "horse-out-of-the-barn" pronouncement.

The Pentagon's probe might take some leads from Newt Gingrich on Fox News:

"How do you have a system so stupid? I mean you and I have credit cards, and if the credit card is used here and [halfway around the world] the same day, they call you and say 'Gosh, were you really there?'

"Okay, you have a private first class who got what is a quarter-million documents, and the system doesn't say 'Oh, you may be over-extended.' I mean this is a system so stupid that it ought to be a scandal of the first order."

Indeed the scandal is that whoever gave a certified emotional basket case his security clearance apparently has not been brought up on charges pinpointing dereliction of duty.

For the longer term

Admiral Mike Mullen, Chairman of the Joint Chiefs of Staff, says those involved in this treason "might already have on their hands the blood of some young soldier or that of an Afghan family" because the leaks name Afghan informants. And that was initial reaction. As more of the sensitive documents come to light, murderous consequences over time may come in waves.

All of this because a very disturbed young man decided to take his personal problems out on his fellow Americans and innocents worldwide.

Political fallout and the media

Meanwhile, the media continue to hide the fact that Manning openly violated the DADT requirement which — if it had been enforced — would not have left him in the army, let alone in a sensitive position where he could stab us in the back.

It matters not what you or I think of DADT or the current effort on Capitol Hill to repeal it (This column favors its retention) or the larger issue of gays in the military. By any standard, the media (with few exceptions) have involved themselves in a cover-up of huge proportions — deception by omission. Manning's sexual preferences, combined with multiple related personal grudges, were arguably relevant to the story. 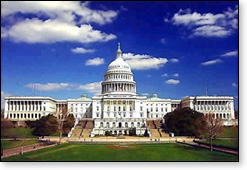 The mainstream media apparently believe that reporting that angle would harm current efforts in Congress to scuttle the 16-year old law.

So what? It is none of the media's business whether a fact in a story may (or may not) have a particular political fallout. Unlike with the WikiLeaks, revealing Manning's violation of the law would have threatened no one's life or compromised this nation's security. It might have gored someone's political ox, but that's not a legitimate concern of the media entrusted to inform a free people.

What we have witnessed instead is a case of faulty and corrupt journalism. Such condescending "Don't tell the children" distortion leads us to question what else the "news hounds" are sweeping under the rug.