Arlen Williams
'Freaking' around, Saturday night, and the latest stains on the presidency's shorts
A thousand words and a few thousand frames of "the president"

May 4, 2010
Looking over the video, I find it odd  Barack Obama's stand-up routine before fellow guests last Saturday, last May Day night, at the White House Correspondents' Dinner.

Firstly, it is not enough that he found it very humorous on the day Joe Biden dropped the F-bomb at the signing of Obamacare, as they presented their administration's "Big F'ing Deal." Biden related Obama was "laughin' like the devil" 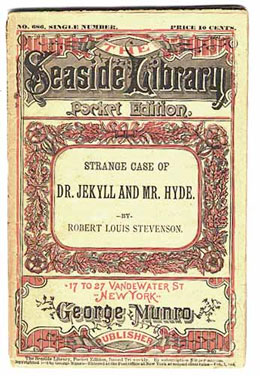 and saying it was "the best thing" about the ceremony. Now, he has whispered that line into the microphones, himself, granted he said "big freaking deal," and so properly he even articulated the -ing suffix with precision.

This is the United States "President" hitting us with it again, in a supposedly comedic address, recounting this stinking little stain upon his own administration's alleged accomplishment like the guy who elbows you in the ribs, with a "Get it? Get it? Did-ja get it, huh? Did-ja get it?" And it comes to mind, this is the same individual whose accredited adolescent poetry about "Pop" scribed something about "...the same amber stain on his shorts that I have on mine and makes me smell his smell coming from me," whatever... exactly... that means. Alrighty, then.

And trying to understand, I have to remember Obama's issuing the middle finger flip-off at both Hillary Clinton and John McCain, once again, in speeches, those during his campaign for the United States of America's most responsible office.

Secondly, on that very day when the National Enquirer's tabloid buzz finally begins to "brake" into the consciousnesses of the world the overripe story of apparent Obama mistress, Vera Baker (and the Obamas must know that) look at Barack Obama's face, when he speaks of his wife "...the lovely first lady..." Michelle. What do you see there? A genuine affection and appreciation that a husband has for his wife?

And when, in one peculiar breath, he uses both a reference in principle to that very love for one's wife, plus his own "natural born Citizen" problem  for a joke  look at his face. What do you see? Looking at it numerous times, he does not appear to be enjoying the joke he tells, at all. And it seems to become a weak attempt at bagging and canning these scandals, together.

See for yourself. The flippancy coming out of the mouth of that hard, cold face went over very well with the audience, though  with that audience  White House correspondents and their friends. Which is odder, the president or the journalists? I understand it is supposed to be humorous and they are laughing. At what, again?

Here are these early moments of his act, last Saturday.

But what of all this delight in crudeness and grim dismissal of the sublime? Again, I have to tell myself it is all appropriate, really. Cut him some slack. This is just how a boy who is raised Marxist and taken repeatedly by "Gramps" to a brothel bar to visit his communist mentor and apparent pedophile, "Uncle Frank" (ostensibly, the aforementioned, "Pop") ...well, this is how the kid is supposed to behave when he grows up to be president.

And I remember, this is the Barack Obama who tried to get sex-ed with perverse "progressive" mores taught in Illinois public schools, beginning at Kindergarten (link-1, link-2).

This is the man who appointed the unfortunate Kevin Jennings to be his "Safe Schools Czar"  the man who passed off homosexual statutory rape as no "big f'ing deal,"

This is the man who has defamed America, in speeches overseas and before the United Nations and who demeans the Sovereign Citizens of our republic by his bows to foreign leaders.

But to really put it in perspective, this is the man who has intentionally and determinedly worked according to the Marx-Trotsky-Gramsci-Davis-Alinsky-Cloward-Piven playbook, to weaken America morally, economically, and militarily, in The Great American Bring-Down necessary for the onset of global Marxofascism. Oh, that's right. He's that guy.

Last Saturday's f-joke is that elbow in the ribs about was is beyond crude in this picture. A delight in defilement seems to want to come out, under the spotlight. What goes on in this person's soul? Just what childhood  and adulthood has gotten him this way, to enjoy the sneaking of the vulgar and the filthy into the very times he is before microphones and spotlights, in the roles of candidate, then President of the United States?

When someone holds secrets of malice, a part of his heart can desire the glory of it, the credit for what he conceals. Looking back we can see that serial criminals, from the carvings of Jack the Ripper, to the teeth prints of Ted Bundy, to the extravagant manifesto of Ted Kaczynski, like to reveal their intentions and leave their signatures.

Deep inside, in places Obama "doesn't talk about in his parties," just how much loathing of the morality and sensibility concomitant with America's authentic nature does this man nurture and pet? How much of it lusts for expression? He is to be pitied, but he is the occupant of the White House. Keep watching.