May 11, 2018
President Trump made a logical decision in pulling the U.S. out of the never signed "Iran deal." 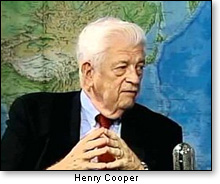 As Ambassador Henry Cooper notes, not only is the document not signed, it is unenforceable. His claim is best illustrated by the news that the U.S. has reportedly confirmed the authenticity of documents presented by Israel's Prime Minister Benjamin Netanyahu. They revealed the Iranians last year "moved a comprehensive program to design, build, and test" to a secret location. The Federalist notes the Iranian nuclear deal "is likely the only international accord the United States has entered into where it offered extensive concessions to a nation that continued to destabilize its interests, kill its soldiers, and threaten its allies."

And what was the U.S. promised in return? That Iran would uphold "existing obligations." 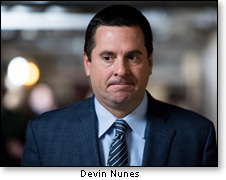 House Intelligence Committee Chairman Devin Nunes (R-Calif.) has had it with Attorney General Jeff Sessions, who keeps stonewalling his panel's request for material that could shine some light on the congressional panel's inquiry into the FBI's and Defense Department's spying for months on Trump former foreign policy advisor Carter Page, at a time the Trump campaign worked out of Trump Tower in New York. Material Rep. Nunes received was so heavily redacted as to be useless.

Having issued a subpoena, the lawmaker says he has heard nothing from Sessions about that or anything else. So he is turning to Congress in hopes of charging Sessions with contempt. As of this writing, Capitol Hill is paying attention.

An alternative, of course, might be to persuade the AG to resign so the president can pick someone for the position who is not afraid to do his job. In these days of all-out, non-stop, 'round- the-clock slander against the administration, the last thing Trump needs as his top law enforcement officer is an official who seems to fear his own shadow. 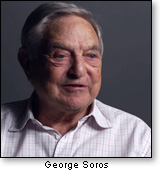 George Soros owns the resources to make life miserable for anyone who dares defy his will. He has funded such violence as the brutally left-wing ANTIFA and street thugs who destroy property to make their point.

Has he now crossed the line?

Reports on the web have quoted the billionaire as defining the Trump administration as "a danger to the world. But I regard it as a purely temporary phenomenon that will disappear in 2020 or even sooner."

Now, one could interpret that as a prediction of impeachment before 2020 or defeat in the 2020 election. But the language is ominous. The question has arisen as to whether something more threatening is hinted. Suggestions have been offered as to whether the Secret Service should ask Mr. Soros how he knows Donald Trump "will disappear" in 2020 or "sooner." 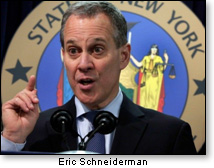 Eric Schneiderman, until recently the New York Attorney General, has resigned after four women accused him of physical abuse. The four allegations have included physical and emotional abuse, according to the New Yorker magazine. These have involved alleged slapping and choking. The New York AG long ago joined the parade of anti-Trump harassers, using the tools of his office against the president.

Schneiderman has positioned himself as the great defender of women's rights, and been hailed as a champion of the # MeToo movement.

Such accused hypocrisy, assuming it withstands any legal action, could be a reminder of the story of the guiltless challenged to "cast the first stone."