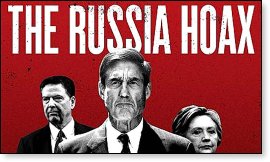 You may think you know everything there is to know about the ongoing night-and-day pounding inflicted on the public ear by an angry Hate America left hell-bent on bringing down a duly elected president of the United States. But you don't – not until you've plunged into Gregg Jarrett's The Russia Hoax: The Illicit Scheme to Clear Hillary Clinton and Frame Donald Trump. The book is so amazingly up-to-date one would suspect parts of it were written in "real time." Obviously, the narrative will be extended when "the dust has settled," if ever. (The ongoing battle in what some fear may be a developing "second civil war" in America is not likely to let up soon.)

Of all the smears that have been dumped on the head of an American president, it would be difficult to surpass the pure, arguably libelous filth contained in the "dossier" concocted in an attempt to deceive the public. This book tears off the wraps intended to promulgate the deceit. You may have heard the totally unverified allegations in what author Jarrett defines as the "fabricated" anti-Trump case in a conspiratorially crafted dossier that the author links largely to the machinations of John Brennan, who headed the CIA under Obama. (Recall that following a meeting between Donald Trump and Russia's Vladimir Putin, it was Brennan who used the occasion to label the President of the United States "treasonous." That from a man who acknowledges having cast a ballot in 1976 to make Communist Party boss Gus Hall U.S. president, and is credibly accused of having been a member of the Communist Party at the time.) 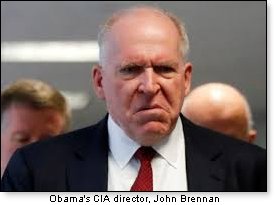 It is with that background in mind that we cite Jarrett's assertion that "John Brennan did more than anyone to promulgate the dirty dossier. He politicized and effectively weaponized what was false intelligence against Trump." He spread the information, including to the FBI, which then launched its Trump-Russia probe. Jarrett says if Brennan had studied the document, he would have discovered it was "worthless." Nonetheless it was used as a cornerstone for the "fake dossier" which was to be used as ammunition for the Hillary campaign. A "classic example" of opposition research, except – according to the author's extensive research – "it appeared to have been entirely contrived."

The "inherently untrustworthy" author of the document, a former British spy named Christopher Steele, was "trained in deception and chicanery" and had a self-acknowledged hatred of Trump. The trashy, damning allegations against the then GOP presidential candidate are compared by the author of The Russia Hoax to what one would expect in a supermarket tabloid.

Back here in the USA, John Brennan, at hush-hush meetings of congressional members and other insider Democrats, promoted the dossier-style line on Russiagate, including a private presentation of "a top-secret envelope in early August 2016 to President Obama himself – a document which author Jarrett says "almost certainly contained Steele's dossier."

The Russia Hoax cites James Kallstrom, who once served as an assistant FBI Director and gave his own impressions of Brennan gained from those who had ample access to the former CIA boss and had learned of his "maneuvers and manipulations." In Kallstrom's words: 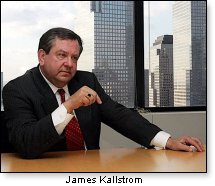 "My sources tell me [Brennan] was leaking almost weekly or daily, and he was taking that bunch of phony crap supposedly from Russia, and peddling that through the Congress and the media. He was one of the active people. I've known him a long time and I think he's involved and quite frankly, I think it goes right to the top."

"The top" of course means the White House occupant who preceded Trump, and we all know who that was. Oh, and lest we forget – the false attack was funded by the Hillary campaign and the DNC. So they own the smear of smears.

From there "off to the races"

That is the story of what set off the seemingly endless soap opera drama of – as Gregg Jarrett subtitles his narrative – The Illicit Scheme to Clear Hillary Clinton and Frame Donald Trump. The rest occupies everything up to the publication deadline for Jarrett's fascinating, detailed description of the ongoing drama of arguably the most weird chapter in American history. There is a lot of drama in the rest of the book, but much of it traces the origins to the dossier. Gregg Jarrett is a legal and political analyst for Fox News. The former trial attorney knows all the angles in the business and understandably is familiar with the disadvantages of writing about a huge historical narrative that has yet to play itself out. There is much information to be devoured in the rest of The Russia Hoax. But you will want to buy the book – now Number 1 as a best-seller – in order to get the real story to date. Someday, the book will be extended, no doubt – which makes it all the more difficult for Jarrett to take on the task. It's no beach read. But surely, you did not expect that, did you?