An open letter to my fellow Republican national delegates

When Donald Trump entered the presidential race in June 2015, I decided to give him a look. After I paid close attention, however, he completely lost me. 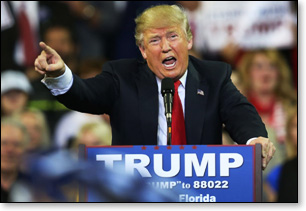 He lost me because his statements were erratic, contradictory, and untrustworthy, and many of his positions were actually very liberal – including his advocacy of universal government healthcare, support for Planned Parenthood, willingness to limit gun rights, underwriting of amnesty, and contention that education is a central function of the federal government.

Not to worry, his campaign manager, Paul Manafort, assures us: Trump always moderates," starting at the outer edges of an issue as a negotiating tactic, then moving toward the middle – including even immigration, his top issue. It would also presumably include Supreme Court nominations. We can reasonably consider his "list" of those under consideration just a ploy, no more reliable than the man himself.

Such moderating by Trump aside, what troubles me the most about him is character issues – beginning with his playboy lifestyle, exemplified by GQ Magazines widely published nude photos of handcuffed Melania aboard his plane a year into their relationship, his admittedly "unrepentant" adultery during his marriages, and his years of openly bragged-about womanizing  behavior not only disturbing to decent Americans, but degrading to all women. Also deeply troubling are his slanderous bullying of opposing candidates (including contrived claims that Ted Cruzs father was involved in the assassination of JFK), racially-tinged attitudes, making fun of the disabled, and pathological lying.

Now that Trump is the "presumptive GOP nominee," his rhetoric and behavior have come increasingly under fire from the media and voters. His bigoted statements about a "Mexican judge," his support for arbitrary gun control involving Obamas no-fly-list, his recent praise of Saddam Hussein as a model of anti-terrorism, his call for opening women's restrooms to men, his making up parts of the Constitution, his continual self-promotion, and his overall juvenile and erratic behavior – all these things and more make it readily apparent that this former reality TV star is wholly unfit to be President of the United States and the leader of the free world.

Now, I'm certainly not advocating a Hillary Clinton presidency – she would bring her own unprecedented corruption and extreme ideology to the White House – but I do want to make voters aware that we have a very plausible alternative route. We don't have to put Trump or Hillary in the Oval Office.

The path to "dump Trump"

As a Republican national delegate, I, along with the other 2,471 GOP delegates, will convene in Cleveland this July for the Republican National Convention. While most observers and the media assume that Donald Trump will be anointed the GOP nominee by the convention, that presumed outcome is increasingly in doubt, as his negatives continue to grow and his poll numbers continue to lag behind Hillarys – some by double digits. He has limited campaign funds and a fly-by-night organization, yet he says he can "go it alone" without the Republican Party's help. His naïve plan to ignore the party's base while enlisting Democrats and independents to vote for him  through over-reliance on Tweets and free media  will never work. Clearly, Trump has almost zero chance of beating Hillary Clinton in November.

There is hope, however.

Contrary to media speculation, Trump is far from having the support he needs to win at the convention, according to a delegate survey by a Rules Committee member who supports Trump. The survey reveals only 890 delegates are committed to vote for him, well short of the 1,237 required under the rules. 680 delegates dont back Trump, and 900 potential swing votes are up in the air. This means things are wide open.

I belong to a rapidly growing GOP delegate movement called Free the Delegates, which is gaining momentum. Because of the confusion and contradiction about what delegates can and can't do under the rules of the convention, allow me a few minutes to piece things together for you. Once you understand the subject, everything's pretty simple.

The premise of the Free the Delegate movement is that GOP delegates are not bound to vote for any particular candidate at the convention; they are free to vote their conscience – according to Rules 37 and 38. (Rule 37 has been in place for over 130 years; and Rule 38, known as the "Unit Rule," expressly guarantees delegates' right of conscience.) This principle of delegate freedom has been recognized and protected by every GOP convention since the founding of the Republican Party.

The only exception was the 1976 convention, in which RNC rules were changed to bind delegates to Gerald Ford and keep Ronald Reagan from gaining the nomination. This coercive rule was dropped the following convention, in 1980.

As things stand, the only RNC rule that purports to require binding is Rule 16, adopted by RNC leaders in 2013 without ratification by delegates – and this rule has no governing authority over the convention, since it is only among the rules (Rules 13-25) that govern the party between conventions and that automatically expire at each new convention unless readopted. These rules have no application to the "Standing Rules of the Convention" (Rules 26-42) that actually govern the 2016 convention.

Erroneously, it's being widely claimed in the media that in order for delegates to be unbound, they have to change the rules. THIS IS NOT the case, as explained above. The delegates are already unbound. It's important to note that in order to bind the delegates, on the other hand, the delegates themselves MUST CHANGE THE RULES to add such binding language to the Standing Rules of the Convention. This is highly unlikely to happen, in view of the growing "buyer's remorse" now becoming obvious among convention-goers in recent weeks, as the Trump campaign continues to show itself profoundly inept and unprepared to take on the Democrats. 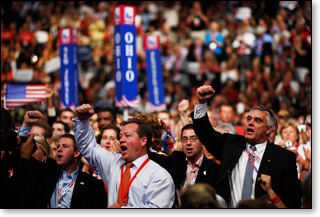 Because there is so much confusion over the binding of delegates, Free the Delegates is proposing that a "Conscience Clause" be adopted by the Convention Rules Committee to give delegates extra reinforcement in understanding and exercising their rights during the voting. This is not a rule change, per se, but a clarification of existing rules – Rules 37 and 38.

In order for this clause to be adopted, it will need the approval of 28 of the 112 delegates who sit on the Convention Rules Committee, which is very likely. If this happens, the measure will then be brought to the full floor for a vote and will need the support of 1,237 delegates to pass. But regardless of whether it passes, delegates are still unbound and free to vote their conscience, per the Unit Rule and Rule 37.

Much of the confusion surrounding the Cleveland convention has to do with conflicting state rules and the primacy of national party rules. Historically, any state laws, for instance, that require binding of delegates have been nullified by the courts when they contradict the rules of national political parties. In effect, state party rules cannot "trump" national party rules – the latter always take precedence in a dispute.

Regarding state law, the Supreme Court through several rulings has made clear "state laws that bind delegates to vote for a specific candidate are unconstitutional.... States [cannot] bind delegates to national party conventions to vote according to primary results" (Curly Haugland, Unbound: The Conscience of a Republican Delegate, page 60).

In 1975, the Court ruled in Cousins v. Wigoda that "the States themselves have no constitutionally mandated role in the great task of the selection of the President and Vice-President candidates."

And further, in October 2007, U.S. District Judge Richard A. Lazzara ruled, in dismissing a case against the Democratic National Committee: "As the Supreme Court has consistently recognized, national political parties have a constitutionally protected right to manage and conduct their own internal affairs...under the First Amendment's right to freedom of association."

The only plausible counter-argument to Free the Delegates is the presumption that "Trump won the nomination fair and square." This presumption, held by his delegates and supporters, is his main "trump card" going into the convention.

Here are the known facts –
The above is a reasonable assessment of Donald's "trump card" involving fairness. It should be clear to most delegates that he's the one who's been unfair this election – not the Republican Party, its candidates, or its delegates as he asserts.

What about the will of the people?

The second most prevalent argument against Free the Delegates is that we are trying to usurp the will of the people by denying Trump the nomination. After all, he won more votes than anyone else, right? Or in Trumps words, he beat everybody – but not just beat them...[he] beat the hell out of them.

Well, not exactly. Trump averaged only 39 percent of the vote when he had significant opposition, 44 percent when factoring in the several weeks during which he ran unopposed. He therefore gained only a plurality of the votes cast – nothing like he loudly proclaims.

As the numbers show, he was rejected by the majority of Republicans who voted! This not only bodes ill for the party in the general election, but reveals Trump has no mandate from the voters he claims to represent, and whose party he boasts a "presumptive" right to lead.

Take into account as well that many of his early wins were in "open primaries that enabled non-Republicans to skew the results, and he did much worse among actual Republicans than the numbers suggest. Take away the non-Republicans, and its likely Trump would not have beat his main competitors, and might, himself, have been forced to drop out, rather than they.

But heres the real issue –

Whereas Democrats believe in direct democracy over representative democracy of the sort our Founders gave us, Republicans believe just the opposite: representative democracy – that is, electing electors and delegates to represent us – is a vital check against unwise outcomes that might be chosen by an overly emotional electorate. When a dishonest demagogue comes along and stirs up rabid support through manipulation and emotion (see above), the Founders had in mind that civility and reason, not anger, threats, or militancy, would prevail.

Hence the Electoral College. And hence the balancing of popular state-by-state votes with the will of elected delegates at the GOP convention. Check and balance is the American way.

This movement is not a "dirty trick"

I should note that while Trump and his surrogates claim that it is powerful "establishment" leaders, GOP insiders, or even former opposing candidates who are behind the effort to "free the delegates," the facts don't support their assertions. Free the Delegates was founded by a delegate who is a humble school teacher in Colorado. It is widely backed by the rank and file of the Republican Party – regular folks who care about the direction of our country and who are exasperated at the prospect of having a President Hillary Clinton, something a Trump nomination will all but guarantee. 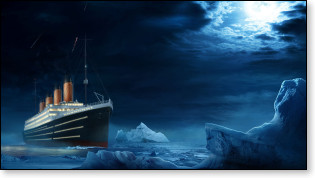 A June 21 editorial by the Chicago Tribune Editorial Board (linked above) sums up things succinctly:

"Trump's campaign is a disaster waiting to happen – unless the party uses the Cleveland convention to avert it. Republican delegates can resign themselves to go down on a sinking ship. Or they can mount a mutiny to install a captain who has the judgment, experience and skills needed to guide the vessel safely home."

Fellow delegates, the choice is ours.

Stefani Williams is a delegate to the 2016 Republican National Convention. You can reach her at stefaniNatDel@gmail.com.


See the coalition of delegates committed to freeing the delegates:
NOTE: This article is also posted on its own webpage, to make it easy to share with others. Go to DelegateLetter.com.