During a recent Facebook faceoff with a fellow black American, I posed the following question: How many unarmed black Americans were fatally shot by police in 2019? My debate partners answer was a dismissive, What does it matter? One too many. But is the lack of intellectual curiosity in this response appropriate, given all that has happened to the black community as a result of last months protests? After all, these spasms of justice were perpetrated, supposedly, to combat law enforcement brutality and to stymie the pervasive, police-imposed black genocide occurring from sea to shining sea.

But what, instead, have these demonstrations wrought? As of this date, 15 people (or 19 according to Forbes) have died due to the riots following the death of George Floyd (most of whom are black). Black neighborhoods have been devastated. Black businesses have been looted and destroyed (which means that the overall black community will economically suffer as investors remove their money from markets which desperately need it).

All of this happened under the premise that black people were being "hunted down in the streets" of this country by trigger-happy police officers. To ask whether or not this premise is supported by statistics is emphatically germane to the current goings-on. That is, if the ultimate goal is the flourishing of black people and the preservation of black lives because they, too, matter, then it is indeed important to understand the degree to which police shootings affect that end.

To ask why it matters just comes off as deeply disingenuous.

For those interested, (depending on who you ask) 14 unarmed black Americans were fatally shot by police in 2019. And most of these shootings involved a struggle with the arresting officer. We can grant the higher of these numbers, and also that all of these shootings were completely unjust, and we never reasonably approach what the media is all too happy to label a racial holocaust. This, of course, does nothing to stop both useful idiots and political hacks from latching onto this narrative.

Meanwhile, according to available state-level data, approximately 876,000 abortions took place in the U.S. in 2018. Of this total number, according to the Guttmacher Institute, black babies disproportionately comprise about 37%. That means somewhere around 324,120 black babies were slaughtered in 2018 alone. The relative response to this fact? Virtual silence.

Why do people signal loudly when it comes to police shootings, but remain quiet on much more pervasive threats to black lives such as abortion or gang violence?

I think the answer can be found in signaling theory.

There is a concept called the Handicap Principle which suggests that reliable signals must also be costly ones. For example, when a peacock signals by showing his feathers to attract a mate, he does so at the cost of making himself vulnerable to predators. So, its theorized that female peacocks are attracted to this because the signaling is costly and, thus, reliable or meaningful.

Likewise, when the 18th and 19th century Christian abolitionists signaled that slavery was an evil and should be abolished in obedience to Christ, they did so at great cost  because abolition was not in fashion with the culture at that time. People like William Wilberforce were thus ostracized for trying to end slavery in places like Jamaica. In his struggle for an unpopular justice he developed a stress-related condition, now thought to be ulcerative colitis. It took his life.

When these abolitionists signaled slavery is evil, it was meaningful because of the sacrifice entailed by that signaling.

This same thread can be traced to the Civil Rights leaders of the 1950s and 1960s who signaled that racism is evil.[1] Because expressing such a sentiment was paddling against the tide, people like Martin Luther King Jr. were routinely arrested, beaten, spit on, subject to attempted murder,[2] and, even, assassinated.

When these Civil Rights leaders signaled racism is evil, it was meaningful because of the sacrifice entailed by such signaling.

When these early Christians signaled Christ is Risen, it was meaningful because of the sacrifice entailed by that signaling.

When someone in the year 2020 virtue signals that black lives matter in the context of police shootings (even if they really mean it)[3] there is no way to know if it is a reliable or meaningful signal because its beneficial to the signaler. It communicates to the mob, Im one of the good ones in the hope that the signal itself will act as lambs blood and the wrath of the mob, like the angel of death, will pass them over.

So, its inherently unimpressive when folks join the likes of Nike, Louis Vuitton, Gucci, Cartier, Prada, Dior, Tiffany and Co., Gap, Etsy, H&M, Wendys, Mc Donalds, Coca-Cola, Walmart, Target, Home Depot, EA Games, Ubisoft, Square Enix, Google, Apple, Amazon, Netflix, and Facebook in their support for black lives matter (whether it be the proposition or the Organization) in an environment in which to do otherwise is anathema.

When these modern sheep signal black lives matter, its not meaningful because there is no sacrifice entailed by it.

On the other hand, when someone, in obedience to Christ, stands up to much more pernicious destroyers of black lives  like Planned Parenthood, or the queer-affirming, traditional family-disrupting Black Lives Matter and their Marxist co-founders  they offer a much more reliable, a much more meaningful, signal. Such stalwarts recognize that these evil organizations affirm principles that are counter to those of their master, the Lord Jesus Christ, and vocally oppose them in an arena in which to do so is to run counter to the mainstream culture.

Its curious that the current protesters, kneeling pastors, and blue checkmark twitterati are all in agreement with 99.9% of mainstream culture that affirm racism bad, when it costs them nothing. On what side of the divide would these courageous trend-followers be were they born to a time when the lives of blacks mattered not one whit to the tastemakers of the day, when it would cost them everything?

[1] I understand that there is currently a controversy regarding the definition of racism. Some people have eschewed the classical definition and believe that it somehow involves power structure, groups, and intersectionality. Im not terribly interested in quibbling over what proper racism means. Suffice it to say that what Im talking about here, what I oppose, whether its called racism or shmacism, is the thing that Martin Luther King Jr. fought against.

[2] In the case of MLK, he suffered an assassination attempt even from his own kind (see Izola Curry).

[3] Even if one honestly believes in the virtue of that which they signal, the mere making of the signal is like blowing trumpets while feeding the poor. Its the kind of thing that Christ criticized in Matthew 6. 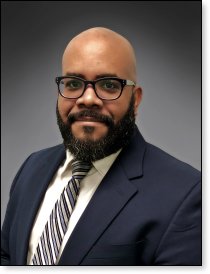 Michael A. Carter, Jr. is the son of Jamaican immigrants and thus a proud first generation American. Before starting his own company, Michael spent most of his career building training and development, graphic design, and sales departments for start-ups and Fortune 500 companies alike. As an entrepreneur and enthusiastic design pioneer, he founded MACJR Design.