The basis and dangers of the current war against Israel 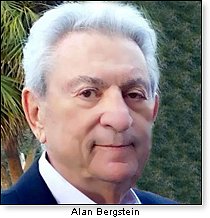 The current war against Israel, fomented by Hamas and their Palestinian Authority brothers' efforts to destroy Israel, is like none before it. This time there is a great possibility that the Jewish State may be in more danger than ever from its genetically motivated, bloodthirsty enemies.

Consider Israel's geography. To the west, there is Hamas blasting all of Israel with their errant but still dangerous rockets. In the north, Iranian backed Hezbollah, together with actual Iranian forces, are prepared to strike with tens of thousands of missiles. In the east, there is the weak-kneed but ever dangerous Jordan with 70% of its population of Palestinian origin fueled by hate, ready to unleash their own brand of violence and chaos. Also to the east there are the Palestinian (PLO) controlled territories whose inhabitants have harassed Israel for years and are ready for an onslaught to retake all lands, "from the river to the sea." And right smack dab within the boundaries of Israel itself are nearly 2 million Israeli-Muslim citizens who are already rioting, disrupting, and weakening their own country with a well planned internal revolution to destroy the land that gave them comfort, freedom, and security. The foolishness in prior years of patting these Muslims on the head for being proud, loyal citizens of Israel, the nation that has graciously given them the opportunities to enjoy life that no Muslim in a sharia ruled country enjoys, has now been outed as another bit of dangerous foolishness in the game of appeasing our obvious enemies.

Add up these multiple threats and there's the likely possibility that Israel may soon be fighting simultaneously on five fronts for its survival. With a population of only about 7 million Jews, not all of military age, including the elderly, very young, and some physically handicapped, the nation has a limited number of able bodied, trained warriors to stave off attacks on all fronts. Remember, troops cannot remain on the battle lines for too long. Fatigue sets in. Replacements must be ready to give rest to those stressed in battle. Citizens who would take up arms would have to leave their workplaces, shutting down much of the economy and creating a perfect situation for internal rioting, looting, and criminal activities that would threaten the safety and security of the Jewish civilian population. Israeli-Arab rioters could disrupt military convoys and all movement of supplies on vital roadways. Throw into the pot the threat of munition factories being shut down by civil unrest, creating re-supply difficulties. All of Israel would be a war zone. And what effect on the Muslim world would the destruction of the Al-Aqsa mosque in Jerusalem by an errant Hamas missile have? Who'd be blamed? The consequences?

If you've noticed, American Jewry is not too supportive of Israel. Many of our people have committed to "Wokeness" and are enthralled with the Progressive movement, whose advocates, together with the radical Black Lives Matter racists, are openly supportive of the Palestinian goal of destroying Israel. It's our opinion that fake "Jewish" groups such as T'ruah, J-Street, Jewish Voice for Peace, Bend the Arc, Americans for Peace Now, and a host of other Progressive-led agencies endanger Jews and Israel with their constant condemnations of Israel being an "apartheid state" that denies the Palestinians their freedoms. We're tired of hearing the "Two State Solution" touted as a solution to end 75 years of the victimization and bloodshed of Jews. Even the once formidable Anti-Defamation League, once a staunch defender of Jews and Israel under its longtime leader Abe Foxman, now led by former Soros and Obama bigwig Jonathan Greenblatt, has seen fit to only support Israel's right to self-defense. In his May 14th proclamation on the attacks on Israel, he never once mentioned Hamas, Iran, or the Palestinian Authority by name as the terrorist culprits. Rather, he touted his group's mysterious "Social Cohesion Summit" as a means to bring the warring parties together. Sounds like another great-sounding but useless social justice program to tame the primitive savages of Hamas and the PLO. Won't work!

Lastly, full responsibility for the latest upsurge in Arab-initiated violence goes to President Joe Biden for his policies of appeasement and capitulation in the Middle East. When he took residence in the White House, there was nothing but roots of optimism sprouting from that war-torn area. President Trump's worthy of Nobel Peace Prize creation—the Abraham Accords—were a glowing example of brilliant diplomacy that promised eventual peace in that region. The inept Biden administration rushed to renew $350 million annual foreign aid to UNRWA that Trump had canceled. That corrupt UN agency utilizes textbooks to teach Palestinian school kids jihad and Jew hating, and permits Hamas to use its schools and playgrounds as missile launching sites for its attacks on Israel. And in April, barely being in office two months, Biden authorized $235 million to the Palestinian Authority and to Hamas, who runs Gaza, for projects to be determined by the terrorist recipients. We'd guess this American taxpayer gift went to purchase terror tunnel building elements, Iranian rockets, arms, and other weaponry now being unleashed against the civilian population of Israel. These Biden moves signaled to the Islamist terrorists that Trump's "stand firm with Israel" policies were dead in the water. The White House Press Secretary, Jen Psaki, said it all when she blurted out the administration's viewpoint regarding the crisis, "We also stand against extremism that has inflicted violence on both communities." Just what "extremism" has emanated from Israel? Again, we see how Israel's defense of its citizens and territory is equated with the terrorism of Muslim thugs.

There are many components that went into the decisions on the part of Hamas and the Palestinian Authority to launch these current terrorist attacks on Israel. There is no doubt that the departure of Trump, the most pro-Israel president ever, replaced by an evidently mentally unfocused, bumbling Biden, did the trick. We'll be watching the effects on the president by the fury of the likes of Ilhan Omar, Rashida Tlaib, AOC, Bernie Sanders, and the rest of the outspoken Jew/Israel haters of his party on his decision making. Would that the likes of Schumer, Feinstein, Nadler, Schultz, Frankel, and the rest of the chickenhearted Jewish crowd in Congress would have the same fierce beliefs in their love for Israel as the aforementioned have for their hatred for the Jewish State. We pray for miracles.

Alan Bergstein is the current President of the Judeo/Christian Republican Club of Palm Beach County. He is also known as a lecturer, columnist, and editorial writer for the NY Jewish Voice, a retired NYC school principal, father of four, and Korean War veteran.