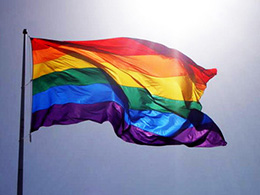 In consideration of a gay advocacy column by Ann Fisher, a gay rights bill in the legislature, and a public invitation by the [Columbus] Dispatch to discuss the issue, I write this short piece and address it to [Ohio] state legislators.

Do our rights come from the government, or do they come from God or from natural law? The founders of the American Republic thought our rights came from God or from natural law. As such, our inalienable rights are the rights of all mankind and are universal, changeless, and applicable to all people, at all times and in all places. In terms of natural law, if man has a nature, then human rights must be in accord with that nature and must be necessary to the flourishing of that nature. If our rights are thus innate and fixed for all time, then the frequent legislation and adjudication of new rights is mischievous.

However, if man does not have an innate nature, but is a social-cultural construct, then man has a fluctuating nature which changes along with forces which mold him. In this case, the determination of human rights is relative, ad hoc, arbitrary, and political.

Enter stage left, the Progressive Movement, which goes back to1890, if not before. Progressive leaders claim that our rights are created by government. As such, human rights vary from time to time and from place to place. As ideological fads and political alliances come and go, legislators and judges will be inventing and abolishing rights all the time. They will be making them up as they go along.

The progressives were confident that magical "forces of history" would ensure that "change" would be beneficial and that the continual creation and abolition of rights by government would lead to a better world. However, if no such mystical cosmic force exists, and if man is not a social construct, then inventing rights which are alien to his nature and abolishing rights which are necessary for the flourishing of his nature is pernicious. When leaders of government misunderstand human nature and act according to that misunderstanding, they do great damage to man and to society.

Legislators, if you really believe that government creates rights, that man is a construct of contemporary society, and that gay sexuality is in accord with what a fluctuating human nature has come to be at this moment in time – you might consider voting to create gay rights. But before you do, ask yourselves if a new constitutionally-protected right can be established apart from an amendment to the U.S. Constitution.

However, if you believe that man is not a social construct, but that man has a nature, you cannot logically believe that human rights come from government. Human rights are unchanging because they are based on the nature of man, which never changes. Government might discover and protect those rights, but cannot create those rights. That is what the founding fathers believed, and what the progressives have discarded.

Further, if you believe, as I do, that our rights come from God because He is the creator and designer of our nature, then you must ask yourself whether a homosexual or lesbian sexual embrace is in accord with or contrary to His design for us. It is impossible for me to believe that he designed anyone for this kind of sexuality.

Finally, legislator, if you fear God and wish to obey him, it is not hard for you to find out what his prophets and apostles wrote about this kind of sexuality.