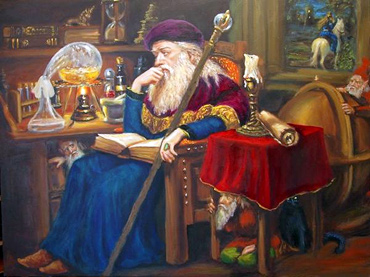 Artwork: "The Alchemist" by Marcel LorAnge
Recently, it was learned that New York City is dispensing the abortifacient "morning-after pill" (Mifeprex, Mifepristone, and Methotrexate) to high school girls ages 14 or older in more than 50 public schools.[2]

The Catholic Church has always condemned all forms of contraception, including hormonal pills and implanted devices. On July 25, 1968, Pope Paul VI issued Humanae Vitae, which upheld the consistent teaching of the Church based on natural law, as well as divine revelation: "Each and every marriage act must remain open to the transmission of life" (n.11).

Most contraceptives ARE abortifacients — killing billions, not just millions, of tiny unborn children almost as efficiently as surgical abortions.

Years of scientific and psychological study have shown that couples who contracept are often led to an abortion mentality. [3]

Blessed Mother Teresa of Calcutta warned: "That same selfishness that wants to prevent the child by contraception will grow until it wants to kill the child already conceived." 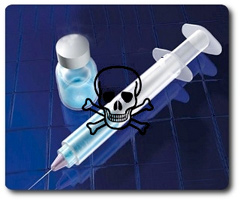 Abortifacients, once illegal since the U.S. Civil War, have been legal for the past 30 years in every one of the 50 United States.

Abortifacients are legally labeled "contraceptives," even though they cause murderous micro, mini, or full abortions of the child, enabling killing to appear less like killing. In addition, these abortifacient drugs and devices inflict treacherous assaults upon the mother's body.[4]

Since each of us has the obligation to maintain reasonable health, any contraceptive drug or device that changes normal bodily functions and health risks is gravely sinful, including the widely used "Pill." 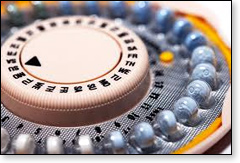 What is an abortifacient, exactly?

An abortifacient is a drug or device that causes an abortion within the first 1 or 2 weeks after the child's life has legally and physically begun.

Typical abortifacients are "The Pill," intrauterine devices or "IUDs" such as Mirena and Paragard, the "NuvaRing," the "Yaz" Pill, the "Yasmin" pill, the "Minipill," the "Patch" such as Ortho Evra, the "Depo-Provera" injection, the "Norplant" implant, and the "morning-after pill" or shot, a/k/a "Plan B" or "RU-486." This is not an all-inclusive list. All are known in Heaven and on earth as "murder." 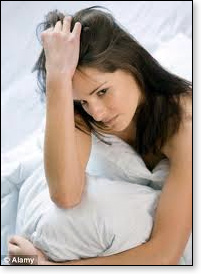 Let's ask ourselves two questions concerning where we are headed as a society: 1) Can we think of a better reason why we should not release our precious kiddos and grand-kiddos into the government school systems, but rather should homeschool them ourselves? 2) Are we questioning our physicians with regularity about their positions on the use of abortifacient drugs within their practice?

Christians are to show others living outside the faith the connection between the contraception mentality and the resulting depersonalization and exploitation of pre-marital sex, divorce, children of divorce, adultery, abortion, pornography, and homosexuality.

For "grave" and "serious" reasons regarding the spacing of childbirth, couples in a Sacramental marriage may use within the conjugal act of love, and without incurring sin, the natural cycles of the reproductive system in the practice of NFP or Natural Family Planning.[5]

Here is a List of NFP offices nationwide. More info on NFP is provided below.[6] 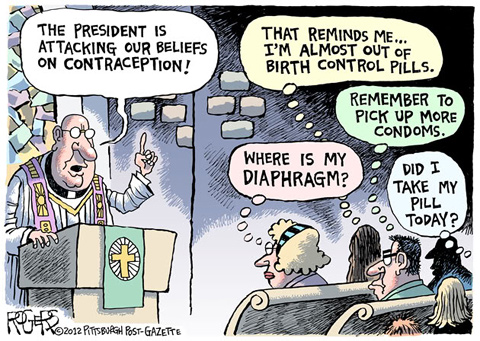 While visiting the U.S. in 1987, Pope John Paul II warned: "America, your very survival as a nation depends upon how you treat the weakest among you, especially the babies in their mother's womb."


[1]  cf "Contraceptive References in the Bible," by Fr. Wm. Saunders:

cf "The Connection Between Contraception and Abortion," by Dr. Janet Smith — http://www.goodmorals.org/smith4.htm

"Familiaris Consortio," In Familiaris Consortio, Pope John Paul II lamented the signs of a "disturbing degradation of some fundamental values" evident in "the growing number of divorces, the scourge of abortion, the ever more frequent recourse to sterilization, the appearance of a truly contraceptive mentality" (No.6).

"Evangelium Vitae," Pope John Paul II lamented about the effects of contraception: "Sexuality too is depersonalized and exploited: from being the sign, place, and language of love, that is, of the gift of self and acceptance of another, in all the other's richness as a person, it increasingly becomes the occasion and instrument for self-assertion and the selfish satisfaction of personal desires and instincts. Thus, the original import of human sexuality is distorted and falsified, and the two meanings, unitive and procreative, inherent in the very nature of the conjugal act, are artificially separated: in this way, the marriage union is betrayed and its fruitfulness is subjected to the caprice of the couple. Procreation then becomes the 'enemy' to be avoided in sexual activity: if it is welcomed this is only because it expresses a desire, or indeed the intention, to have a child 'at all costs,' and not because it signifies the complete acceptance of the other and therefore an openness to the richness of life which the child represents" (No.23).

"Humanae Vitae," Pope Paul VI declared "The Church is to be a sign of contradiction....Each and every marriage act must remain open to the transmission of life (No.11). This particular doctrine, expounded on numerous occasions by the Magisterium, is based on the inseparable connection, established by God, which man on his own initiative may not break, between the unitive significance and the procreative significance which are both inherent to the marriage pact" (Humanae Vitae, No.12).

"Casti Connubii," Pope Pius XI declared: "...[A]ny use whatsoever of matrimony exercised in such a way that the act is deliberately frustrated in its natural power to generate life is an offense against the law of God and of nature, and those who indulge in such are branded with the guilt of a grave sin."

cf "The Pill from Hell," http://www.renewamerica.com/columns/kralis/031219