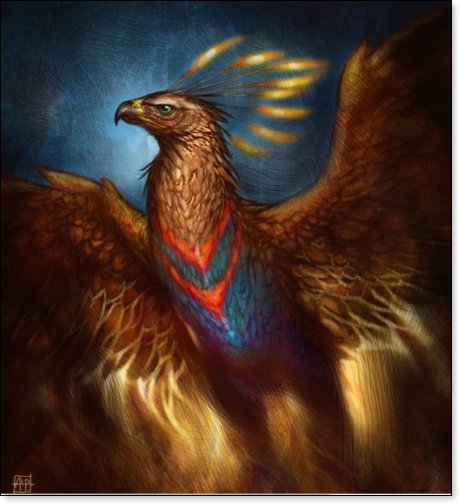 Like the mythological bird from paradise, Donald Trump helped America rise again and then again, against all odds, during his first four years in office—just like the Phoenix, which could be reborn over and over and over again.

Few understand how close we Americans came to losing our freedoms before Donald Trump made it his national priority to inform Americans during his massive, well-attended MAGA rallies (and recently his campaign's "Peaceful Protest Rallies") of the stunning realities of various enemies determined to conquer America—via any means undertaken by socialist, Marxist, and communist leaders, including those from within the U.S. Democrat Party. This takeover is especially evident in the past 12 months because of the intentional pandemic spread of the Chinese Wuhan lab coronavirus, aided and promoted by false world scientific models and the obfuscation of medical data, causing needless human misery and losses worldwide.

Providentially sent to lead America in these tumultuous times, Donald Trump is one of the greatest naturally gifted orators to speak to the working class masses. However, speaking engagements are not Donald Trump’s first "rodeo." Before campaigning for the presidency, internationally acclaimed businessman Donald Trump set new records for speaking fees, receiving $1.5 million at one venue alone in 2005. 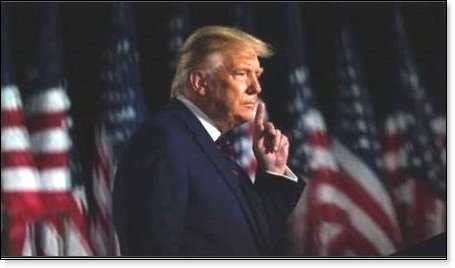 Highly entertaining and effective for his repetitive teaching—the key to learning—he works the crowd tirelessly, often reiterating the tipping point messages that Americans must live by, if we are to defeat the red tide of socialism, Marxism, and even communism in this era.

President Trump’s gift of teaching the masses with unwavering constancy is the trait of an successful orator—one with the patience to repeat his basic message with enthusiasm and passion, peppered with riffs of familiar street words we all use, and effectively sinking his message into the minds and hearts of the American taxpayers from all walks of life. He is a genius at this teaching technique. 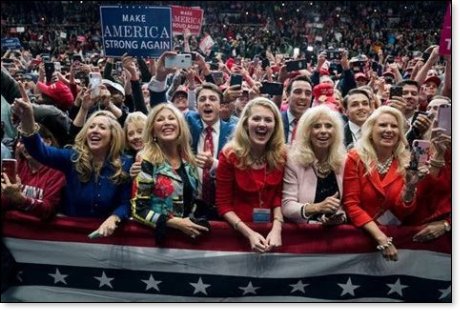 Using self-deprecating humor, President Trump reveals his decades-held love for all working-class Americans to whom he gives genuine credit for his successes, saying, "We are all one and the same—made in the image of one God."

Like a devoted spouse who comes home after a hard day’s work at the plant, he shares the day’s feats and defeats at the White House, studded with witty barbs and Elmhurst Queens’ name-calling, while his supporters chant back, “Lock her up!”

In Mayor LaGuardia-like fashion, he reads the day’s comics to an intimate crowd of 30,000 standing for hours in Africa-hot weather to chant, “We love you.” 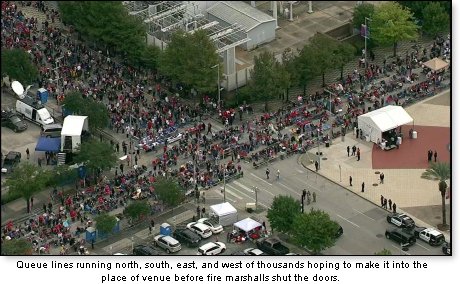 Like many of the president’s road supporters who have attended 90-plus rallies with up-front standing room only tickets, my friend Elizabeth, elated by the crowd’s energy and support, became a fan. The number of Trump MAGA rallies is over 500, including the 2016 campaign rallies, post 2016 election rallies, the Thank You Rally Tours, the mid-term 2018 election rallies, and 2020 campaign rallies today. All rallies, free to anyone, attract 23% former Democrat Party voters. We are witnessing a Phoenix-like return of America’s former greatness due to the energy of this leader who, like the beloved TIMEX watch, “Takes a lickin' but keeps on tickin'.” 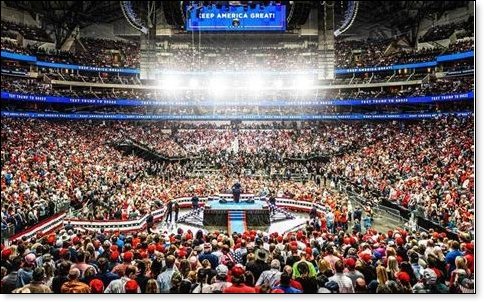