The (not so) soft coup: Overthrow of America (and the media war within that battle)

February 19, 2018
In case you haven't noticed, there is a media war in America today. Not the usual race for ratings. This is serious business, where the survival of our country hangs in the balance.

You may have noticed that for the first time our in our nation's history, there is a serious effort to overthrow a duly elected President of the United States by inflaming political tensions. The main battlefield for this "soft coup" attempt is the media. 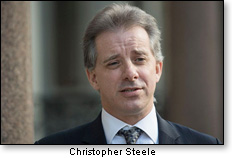 It is assumed the reader is familiar with the major players on both sides of this battle. First, there's one Christopher Steele, a former British spook, whose slanderous and unverified "dossier" is at the center of media attention.

Steele's efforts with that smear bucket, complete with its slanderous and unverified anti-Trump allegations, were alleged to have been funded by the DNC and the presidential campaign of Madame Inevitable. Steele declared his "passionate" goal against Donald Trump before and after he became President. Those efforts to get Trump out of office (through impeachment or otherwise) continue. With that, let us move on to battle divisions as they are structured at this point:

At the top of the list of "usual suspects" in moving for Trump's ouster is the "mainstream media," as reflected by CNN, which has abandoned all pretense of objectivity, welcomed years ago (when it brought continuing coverage in the first Persian Gulf conflict), but today that same cable channel is the ipso facto leader of the media drive to see to it that President Trump is booted from the White House. (By the way, CNN pays big money to see to it that its channel is the only one that appears on public screens in airports nationwide.)

In the president's corner and pushing for a more balanced coverage of the battle is Fox News on TV, and talk radio, the latter often personified by Rush Limbaugh, a virtual inventor of that genre. The liberals did fight back. Their problem was they could not find an audience. (See below.)

The Federal Communications Commission (FCC) wields a huge regulatory stick as to what goes out over broadcast entities.

A brief history of the "Fairness Doctrine"

The so-called "Fairness Doctrine" was put together and in essence went into effect back in the thirties. Its avowed aim was to see that whenever strong political or otherwise controversial commentary was programmed, some way, somehow, there was to be an effort to offer competing views air time. The FCC named that the "Fairness Doctrine." In the sixties, seventies, and eighties there were disputes and court cases over the application of that standing edict. In the late eighties, Congress, then under Democrat control, took steps resulting in legislation to strengthen the application of the Fairness Doctrine. 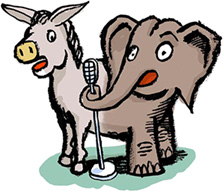 That measure, which made its way through the House and the Senate, succeeded in attracting the votes of enough Republicans to put it over the top. Such prominent GOPers as Newt Gingrich and Jesse Helms voted "aye." It seems that even then, Republicans had a view of the broadcast industry – as with the media in general – that it was stacked against conservatives. So they and other conservatives joined Democrats in approving of the "doctrine" and sent it off to the president for his signature.

There was a little stumbling block with that: The president at the time was Ronald Reagan. And that old media veteran was in a position to take a longer view. He refused to sign the bill. Thus, free at last! By then, I had spent years in the broadcast media, and my attitude toward the Fairness Doctrine then and now was and is that it served the purpose of making sure upstart conservatives "know their place." Don't get me wrong. I loved broadcasting. I enjoyed the career. I'm just reciting the facts.

But the drama continues

Within a year after the Gipper in effect killed the Fairness Doctrine, Rush Limbaugh began his career on talk radio, and others would follow. Today, Hannity and Laura are digging, digging on both radio and TV to get the goods on the scandalized goings-on referenced above. The liberals did fight back, or tried to. They just couldn't find an audience. One of their failed talk-show hosts was Al Franken, now also a disgraced ex-United States Senator.

The fight goes on

Enter another Soros "go to": His name is Mark Lloyd. During the Obama years, the FCC had a policy effort dubbed "localism." Jim Roberts is the founder of the 400-ststion Radio America. A recent article penned by him began with a promise to explain "just how devious the FCC's localism scheme really is: The way they're going to get rid of conservative talk radio is with localism." Just to make sure we have fully identified the man behind it, note this: "Before Mark Lloyd was appointed Obama's FCC Chief Diversity Officer, he was Senior Fellow at the far-left Center for American Progress, funded by the infamous liberal billionaire George Soros." (Full disclosure: Several years ago, I occasionally guest-hosted some editions of Radio America's nightly program Dateline Washington.)

Roberts continues: While at the Center for American Progress, Lloyd wrote a report proposing the backdoor FCC regulations that gave birth to localism – a secret replacement of the "Fairness Doctrine." 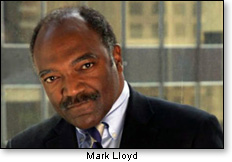 "We trace the rise and influence of Rush and other conservative radio hosts to relaxed ownership rules and other pro-big business regulation that destroyed localism."

As an old broadcaster (ahem), let me have my say on that: The ratings certify that "localism" was not destroyed by "big business." Localism, so-called, destroyed itself. After TV ensconced itself in living rooms across America, two of the AM radio stations where I worked went dark. When Rush arrived, he saved AM radio. There are only so many oldies, recipes, weather reports, etc., to sustain only so many stations. Mr. Lloyd's interest is not in preserving AM radio. His interest, rather, is a crusade to shut up current events discussion – shut up the talkers "in the name of free speech." Hand over all programming to liberals only.

These enemies of free speech reveal their real goal when they proclaim, as Mark Lloyd does, "We call for the ownership rules that we think will create greater local diversity of programming, news and commentary. And we call for more localism by putting teeth into licensing rules."

Read that again. "Putting teeth into licensing rules." Putting teeth. Dictatorships "put teeth" in their rules, don't they? There were plenty of "teeth" in Radio Berlin and the radio rules of Moscow and Beijing, right?

Then he talks of "news and commentary." I worked for all-news radio stations for 25 years. Somehow, I don't recall a single reporter, producer, program director, station manager, or "big" or small business crying for the kindly "teeth" of Washington to keep us moving.

Anyone interested in what might be done to keep the likes of a Mark Lloyd out of the control room may want to consult the website of Radio America.

Meanwhile, bear in mind we're dealing with the very kind of people who are trying to shut up the talk show hosts and impeach a president. They are the kind who are pushing for a different America – one that most of us would not recognize.