What to make of a flawed 'hero': McCain and the 'rest of the story' 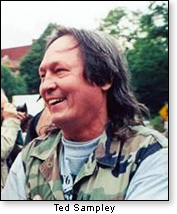